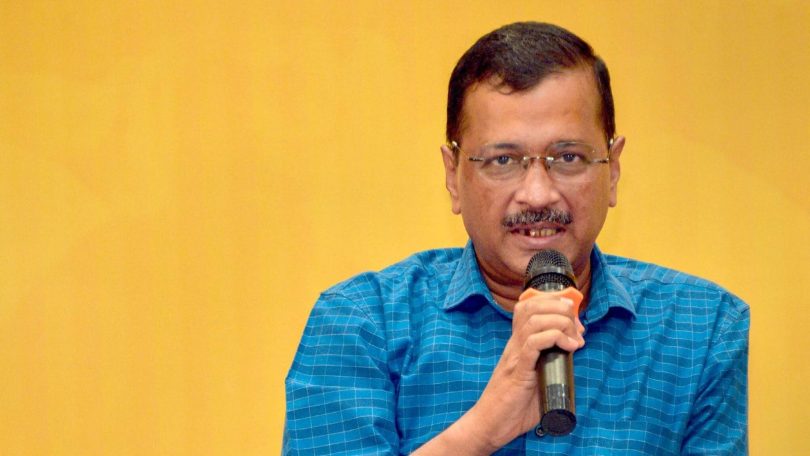 Delhi Chief Minister and national convener of Aam Aadmi Party (AAP) Arvind Kejriwal will be on a two-day visit of Gujarat from Saturday as part of his campaign ahead of the Assembly polls likely to be held in December this year.

The AAP chief, during his earlier visits, had announced what his party claimed were guarantees like free power till 300 units as well as monthly unemployment allowance for the state’s youth.

Now, it remains to be seen what Kejriwal will announce as his third promise. But it seems like the guarantee may have something to do with the tribal population of Gujarat, considered an important votebank.

“On Sunday, the AAP chief will address a public rally in Bodeli town in tribal-dominated Chhotaudepur district. He will also announce another guarantee for the people of the state, which the party will implement after coming to power,” a press release issued by the party informed, though it did not give details of what this guarantee would be.

‘Ray of Hope for Particular Section’

Senior AAP leader Isudan Gadhvi told India Today that Kejriwal will be attending huge public gatherings in Bodeli. He said at the public meeting, he will be announcing the third guarantee for the people of Gujarat. “This third guarantee will be very important for a particular section. It will be a ray of hope for them. We are expecting a huge crowd at the public meeting in Bodeli,” he was quoted as saying.

Kejriwal’s visit to the tribal belt will be his second. For Gujarat assembly elections, the tribal vote bank is critical. It was once a stronghold of the Congress, but now, the BJP is gaining ground here.

On Saturday afternoon, Kejriwal will also hold a town hall meeting with traders and shopkeepers of Jamnagar city to discuss their issues, the Gujarat AAP said in a statement.

During his earlier visits, Kejriwal had announced free power till 300 units as well as monthly unemployment allowance for the state’s youth.

The AAP chief had earlier said if his party forms government in Gujarat, every unemployed person will be provided a job and those who do not get jobs, would get Rs 3,000 per month.

Earlier, during his visit to Surat, the Delhi Chief Minister promised 300 units of free electricity to all domestic consumers and 24×7 power to cities and villages across Gujarat if his party is elected. He has also promised to pay off all outstanding electric bills until December 31, 2021.