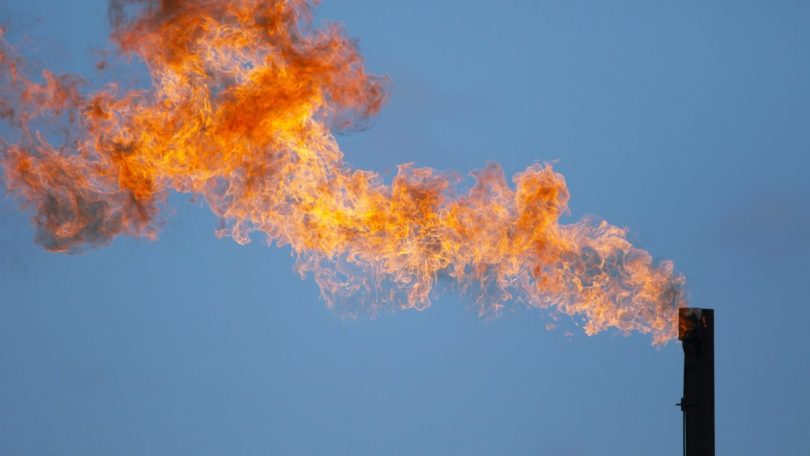 Washington, D.C.  July 21, 2022— Greenhouse gases are driving profound changes to the Earth’s climate, contributing to record-breaking heat waves and droughts,  millions of acres of wildfires, and widespread flooding from sea-level rise, among many other problems.

In the face of this crisis, some industry advocates have tried to position natural gas as a “bridge fuel” to a green future. But the growing web of oil and gas infrastructure – including pipelines, LNG terminals, and chemical plants — that is rapidly spreading across the U.S. produces an enormous amount of greenhouse gas and other pollutants that are often not taken into account when experts calculate the toll of the industry on the environment and public health.

The news site’s top article today is headlined, “At Least 20 Major Oil and Gas Plants Proposed in Flood Zones.” The report provides a data map and access to government records for proposed LNG terminals, compressor stations, crude oil terminals, and chemical plants in flood zones that have been repeatedly inundated during recent storms and are expected to be underwater more often because of sea-level rise caused by climate change.

Fourteen of the proposed oil and gas projects in flood plains are in Louisiana, which is losing miles of coastal wetlands every year and which suffered major losses during hurricanes Katrina, (2005), Rita (2005), Gustav (2008) and Ike (2008), among others. Five additional oil and gas projects are in flood zones along the Gulf Coast in Texas (south of Houston and in Brownsville), and one is in Port St. Joe, in the Florida Panhandle.

The report provides, as one example, the severe flooding at a Chevron Phillips chemical factory in a flood plain south of Houston that caused extensive damage to the local community.

“All night and into the morning of Aug. 30, 2017, as flood waters caused by Hurricane Harvey approached the Chevron Phillips Chemical Complex in Sweeny, Texas, the plant’s workers scrambled to block the rising current. To hold back the muddy brown waters of the nearby Linnville Bayou, they piled up concrete and roll-off containers and erected inflatable dams,” the report reads.

“According to a lawsuit filed by more than 400 residents and businesses in this small town an hour southwest of Houston, the efforts by Chevron and Phillips 66 to save their own plants led to the flooding of many neighboring properties.

“’Because of the dams, the water levels rose significantly, flooding the inside of many homes and trapping many individuals inside of their houses for weeks,’” the lawsuit states. “Livestock, fisheries, loved pets, orchards, sowed land, hay, and water wells were lost as well.”

The Oil & Gas Watch News website builds on an extensive online library and searchable database of public records launched by EIP in April called Oil & Gas Watch, which has permits and pollution data for more than 650 oil and gas construction and expansion projects across the country.

The new Oil & Gas Watch News page will provide weekly articles based on those public records, as well as investigations of local projects, analyses of industry trends, and profiles of communities and people whose lives are being changed by the rapid expansion of the oil and gas industry.

Sometimes our team of journalists and data analysts will write about global trends in the industry. Other weeks, we will visit people living in lower-income neighborhoods in the shadow of oil refineries with dangerous levels of benzene air pollution. Or we will explore the viability of “carbon capture and storage” being promoted at proposed chemical factories, or investigate the use of tax breaks and eminent domain to advance oil and gas projects.

Return frequently to this Oil & Gas Watch News page – and subscribe to our E-Newsletter – to gain new insights and updates every week.

For access to new “Oil & Gas Watch News” website and to subscribe to our free weekly E-Newsletter, click here.The Environmental Integrity Project is a 20-year-old nonprofit organization, based in Washington D.C. and Austin, TX, that is dedicated to the enforcement of environmental laws and the strengthening of policy to protect human health and the environment.