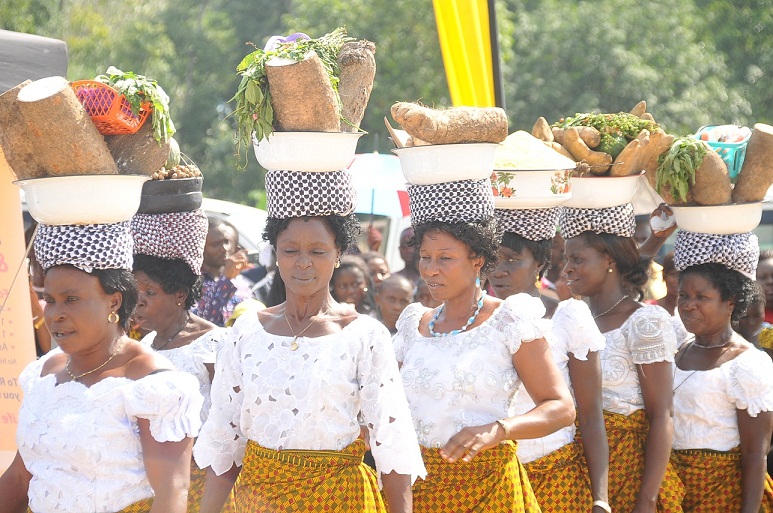 In its commitment to boosting tourism in Cross River, the state government has commenced activities for the 2022 Leboku New Yam International festival.

The Leboku Festival, started in 2025, is an annual three weeks New Yam Festival celebrated by the people of Yakurr in Cross River between August and Sept.

The celebration is to appease the goddess and ancestral spirits of the land while also praying for a bountiful harvest among the communities which include Ugep, Idomi, Ekori, Mkpani, Nko, Nyima, Agoi and Asia.

The Yakurr calendar runs from August to July. During the Leboku, people keep away from intense farming activities and exchange visits with their families. The Leboku is also meant to usher in peace, good health and prosperity.

Commencing the official activities in Ugep in Yakurr local government area, the traditional ruler of Yakurr and the Obol Lopon of Ugep, HRM, Ofem Eteng, prayed for a bountiful harvest, saying the festival is more than what the human eyes could see.

Eteng said each year, they invite God and the gods to come partner with them so as to have a peaceful and successful festival.

“We are proud to say that Leboku which showcases our cultural heritage would be hosted properly this year as the people of Yakurr are ready to host the visitors who will be very secured as they come to relax,” he said.

He commended Gov. Ben Ayade for his support over the years in ensuring that the festival was always held.

Similarly, Mr Kenneth Aklah, Senior Special Adviser (SSA) to the governor on Event Management, said the fundamental objective of the festival which was to foster peace among the component communities of Yakurr has been achieved.

Aklah noted that it was on record that throughout the tenure of the present administration in the state, there has been relative peace among the the autonomous communities in the Yakurr nation.

He further said the second objective, which was to enhance agro tourism has also been achieved, as Yakurr has maintained an enviable position as one of the food baskets of the state through its production of yam, melon, plantain and there crops.

“This administration is, therefore, poised to partner with willing cooperative societies within and outside Yakurr in the areas of expanding farms or establishing agro-allied cottage industries for agriculture value chain

“I challenge the youths of Yakurr to channel their knowledge and energy to useful ventures like commercial farming so as to generate income and curb youth restiveness as farming can no longer be left in the hands of the elderly,” he said

On its part, MTN Nigeria, a major partner of the festival, said it would make the event of 2022 memorable.

Speaking during the briefing, Bassey Etuk, Adviser, State and LG Affairs, MTN Nigeria said they have a plan to open a mobile account for all participants in the festival to enable them send cash to their loved ones in remote areas through their Momo Agents.

Etuk added that during the festival, they will be giving out Point of Sale Machines (POS) to many people who wish to start up the business free of charge to empower the people.

The 2022 Leboku International New Yam Festival, slated for August 20 at the Yakurr Peace Stadium in Ugep, would feature an array of activities such as Mr/Mrs Leboku billed for August 19, parade of maidens, parade of elders, Etangala Masquerade display, inspection of yam bans, cultural dances and many more on August 20.