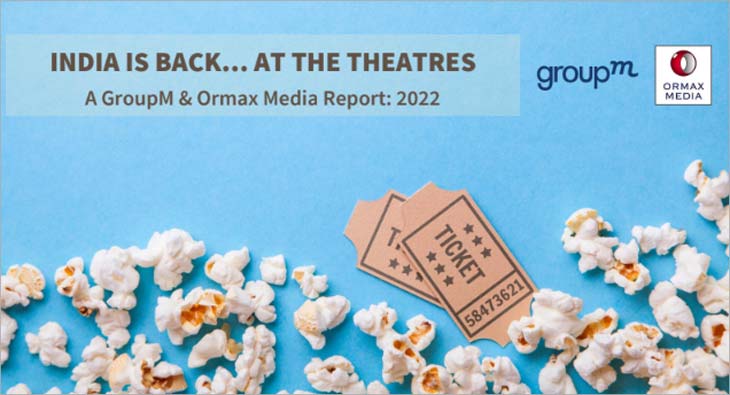 The e4m TV First conference, presented by Times Network, held in Mumbai on January 24, saw the gathering of industry luminaries to discuss how the future is digital but the power of the big screen is undeniable as TV remains a foundational means of reaching out to the widest audiences in the most efficient way.

The fireside chat between Anuj Poddar, MD and CEO, Bajaj Electricals Ltd and Dr. Annurag Batra, Chairman and Editor in Chief, BW BusinessWorld, and Founder, exchange4media, was a keystone of the event and indeed flagged off the day’s sessions.

Noting he always liked to differentiate the short term from the long term and the tactical from the strategic, Poddar said, “We are in a tough situation and it’s not an easy economy, and consumer sentiment has been difficult for a few quarters and might continue to be so for the next two quarters. And when you’re in the brand business, you can’t afford to lose sight of the strategic goals. You have a relationship with the consumer and that relationship can’t be confined only to the time of purchasing, it has to be sustained throughout between the brand and the consumer.”

This means base-level advertising, communication and brand messaging have to continue. “That said, you’ll vary the budget, tactically tweak your plans. Your sales conversion may not be as high, so you’ll need to change tactics, but I think as a brand manager and brand owner, you won’t really change your long-term strategy in consumer relationships because of a soft market,” elaborated Poddar.

Batra mentioned how during Covid, Amul had upped its advertising across media, the lion’s share of that going into TV, and asked if Poddar believed this was a good strategy during a softening market, with an aim of getting a larger market share.

Quipping that he’s always a contrarian, Poddar said he believed that it was best to stay silent when everyone was shouting and speak when the room was quiet. “During such times, when the market was slow and inventory was going empty during Covid, you were getting the best deals, the lowest spot rates, and there was no clutter in advertising. So while you might shift tactics because of lower budgets, and not launch new campaigns or specific messaging, you would still focus on maintaining that relationship with your customers, and if you were getting a good deal, why wouldn’t you take it?”

On being asked by Batra about his brand’s plans for the summer season, as winter faded, and given that there were now products for practically every festival and every season, Poddar said, “We are a multiple-product brand. Of course, we have seasonal products, like heating appliances for winter, and cooling appliances for summer. So, of course, we want good summers and good winters as more products are bought. Summer is a key season for us as two of our biggest categories are fans and room coolers. We plan much in advance and we have specific campaigns in place for specific categories. We have to make a noise at this time and across all media.”

“When it comes to IPL, I call it an Excel decision, because it takes the burden of media planning and everything goes according to the numbers, and decisions are made rationally based on the figures on Excel. We will have the appropriate conversations with the appropriate channels at the appropriate time,” he added.

Answering Batra on how conversations with his brand managers, partner agencies, and other stakeholders in the media side of affairs are, Poddar noted that the world has become more complex, not just geopolitically and economically, but the market and consumer sentiments as well. “Media buying and vying for attention in all the noise have become more complex. And according to me, in a complex world, simplicity wins. If you can distance yourself from so much complexity and see all the data that is coming in from all these factors, that’s the way I make decisions. Because if you go deep into all the complexity, it’s going to get all muddled. Ask yourself a simple question, in this context as a marketer or advertiser. ‘What are you trying to do?’ You are trying to get the right message across to the right audience and you are trying to buy media in the most efficient way as to where to get the business,” he said.

Batra went on to note that for a certain segment of the audience, almost all purchase decisions were done via Connected TV and asked Poddar on his opinion on the emerging market and how brands could best utilize it.

Poddar said that for now, conventional TV still had the biggest audience reach with 210 million households and 800 million plus viewers. “If you break that down in numbers, you’re not buying 210 million households, you’re buying services on a particular channel and reaching out to 20 million every week on any of the popular GECs. That being said, Connected TV is a reality, and increasingly there are mutually exclusive audiences, including in this room, who probably never switch on a conventional TV, and we can’t ignore them. So, while we spend the bulk of our budget on conventional TV, we do what I call a top-up and reach out to people on Connected TV or through other means, something we’ve been doing for the past two months.”

The two went on to discuss the slackening of the last festive period, with lower-than-expected sales due to economic worries, supply chain woes and resultant price inflation, with Poddar saying it was again a question of differentiating between short-term and long-term and between marketing and selling. “Our brand wasn’t built during the festive period, our products are sold during it. As a consumer durables brand, a lot of our purchases happen during that time, but that is not the time to build on the brand but have a focused message on selling,” he said.

On the growing presence of D2C brands in the market, some of which as Batra pointed out were doing really well, Poddar opined, “Bajaj was one of the earlier movers to e-commerce and direct selling. Today, around 12-13% of our total sales come from that channel, which adds up to a few hundred crores. So even though it’s a small percentage of our sales, the sum is often as much as or more than what is earned by pure D2C brands. It remains a very high-focus channel for us. It’s a two-way channel for us because you get direct feedback and response on not just what consumers are buying or not buying but also on what they’re saying in terms of reviews, etc. So your ability to engage is much better. That said, scale in India will not be achieved through D2C.”

Asked to sum up the conversation with three trends (not predictions) that he saw coming up in the market as a whole, Poddar said, “Firstly, the world will keep getting more complex (consumers will have more choices, reaching out to them will keep getting tougher, and competition will keep increasing), so keep it simple and stick to the basics. Secondly, it’s going to be tougher and tougher to make money because of increasing challenges from the economy to climate change, so there is a need for agility, speed and frugality. Just look at the start-up ecosystem right now and the burnout happening there because of the over-hype. And thirdly, we are finding it tougher to get good talent and then retain it. On the flip side, the job market is going to keep shrinking. There is going to be a fundamental misfit between finding good people and all good people finding the right job for themselves.”