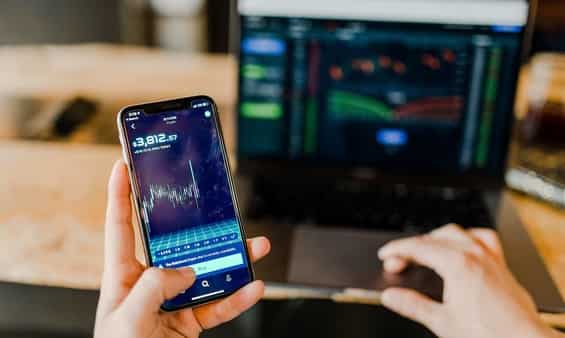 2022 saw the economy’s return to normalcy after the COVID-19 pandemic. Even though the Nifty index dropped after its initial unsuccessful attempt to regain the record high and reached a low in June month at 15,191.10, it recovered all of its losses in the second half. In December, it hit a new high of 18,887.60 levels.

Amid supply shortages resulting from geopolitical concerns and increasing interest rates to curb inflation, India was the only economy that restored its pre-pandemic growth rate.

According to Religare Broking Ltd, 2023 may see the end of the rising interest rate cycle but growth may not be impressive. Corporate earnings may not justify higher valuations and the market may enter into a time correction as India will still remain best among the rest.

The Nifty index is currently hovering around the upper band of the range amid conflicting signals from the international front, particularly from the US markets.

The brokerage believes that in order to begin the subsequent leg of the uptrend, Nifty must decisively maintain above 18,700; else, the time-wise correction would continue.

While keeping the backdrop in mind, Religare Broking lists five best stocks to consider in 2023. According to the brokerage house, 2023 is a year for stock pickers.

The first one in its list is the country’s largest automobile maker, Maruti Suzuki India Ltd. Maruti is a dominant player in the domestic market for passenger vehicles, holding a 43 percent market share, and it is still committed to growing its export business, said the brokerage firm.

“Given its leadership position, substantial presence in the entry level category, and extensive distribution network, the company would benefit the most from the demand in the passenger vehicle industry,” the brokerage said.

Additionally, the company plans to focus on premiumisation over the next two years, introduce items in the UV area, and update its current product line.

On the technical front, the stock has reclaimed the record high after spending nearly 5 years in a corrective phase.

According to the brokerage, the stock is seeing normal correction and gradually inching toward the major support zone. It may spend some time here before resuming the trend.

The second in the list is country’s leading air conditioning company Voltas Ltd. The company is well-known for its engineering projects, engineering products, and unitary cooling systems. With a market share of 24.1 percent, it dominates the market for room air conditioners.

Religare Broking predicts that given its leading position, broad product range, and pan-India distribution network, the company would continue to profit from favourable industry trends.

“Going ahead, 50:50 joint venture with Arcelik, focus on sourcing raw material locally, capacity addition for AC and refrigerators and investment in making compressors would drive revenue as well as improve margins,” said the brokerage house in its report.

On the technical front, the stock has been witnessing correction for eight months, after the breakdown from a consolidation range.

“It has reached the support zone of the fibonacci retracement and looks extremely oversold. Besides, the existence of a support zone around the previous swing high i.e. 740 levels should act as a cushion,” added the brokerage house.

The third in the list is Exide Industries Ltd, which is a market leader in the organised lead acid battery segment. The company has a strong brand recall value and healthy relationships with original equipment manufacturers (OEMs).

The brokerage claimed that gaining market share will be aided by the robust replacement market demand as well as the sector’s revival in the automotive and industrial markets.

According to the brokerage, the company’s plans to foray into manufacturing of lithium-ion batteries which will cater to growing demand for EVs and Electric Mobility segment bodes well for future growth.

“The company financials are stable and it is increasing digital presence, focusing on renewable power and cost optimisation measures to enhance margins. Besides, it is debt free and generates decent free cash flow,” added the brokerage.

On the technical front, the stock has recently ended the 4-year-long corrective phase, with a breakout from an inverse head and shoulder.

“After the initial surge, it is witnessing a gradual decline and inching closer to the neckline(support) area of the reversal pattern. This fall is an opportunity for those who missed the chance earlier,” added the brokerage house.

The fourth one in the list is V-Guard Industries Ltd, a well-diversified company with strong presence in segments such as electrical (45.9% in FY22), electronics (23.5%) and consumer durables segment (30.6%).

The company is a major player in south India, and in the next two to three years, it plans to increase its revenue share from 42 percent in FY22 to 50 percent in order to expand distribution to non-south regions.

The brokerage claims that the firm has a diverse product line and that going forward, it will concentrate on developing additional goods for the markets for fans, solar panels, switch gears, pumps, and kitchen appliances, which are in high demand and are expected to rise quickly.

“We are positive on the growth prospects of the company given the strong demand from housing and real-estate sector, focus on high margin products, expanding manufacturing facilities and synergies with acquiring company Sunflame Ent,” said the brokerage house.

“The recent price action combined with a surge in volumes indicates a strong possibility of a breakout. Its relative strength within the sector is further adding to the positivity,” said the brokerage house.

The fifth in the brokerage’s list is Birlasoft Ltd, which has unique industry-leading capabilities from the Enterprise Product and Cloud companies.

The company has strategic level partnerships with SAP, Oracle and Salesforce, and other digital players.

On the strength of rising demand, a solid order inflow, and excellent relationships with partners and customers, the brokerage is optimistic about Birlasoft’s long-term growth.

“Besides, demand from verticals such as manufacturing, BFSI, etc. and further expansion in Europe will aid strong growth. Moreover, its plan is to focus on optimising cost measures specially maintaining its employee cost and reducing attrition level that will help to protect margins,” said the brokerage.

On the technical front, the IT index has been in a corrective phase since the beginning of the year and Birlasoft is trading in tandem with the trend.

“It is trading in a declining channel and retraced to the major support zone of long term moving average i.e. 200 EMA on the weekly chart. It has already tested the lower band of the pattern thrice and now we expect the 250-270 zone to act as a strong support, ” added the brokerage.