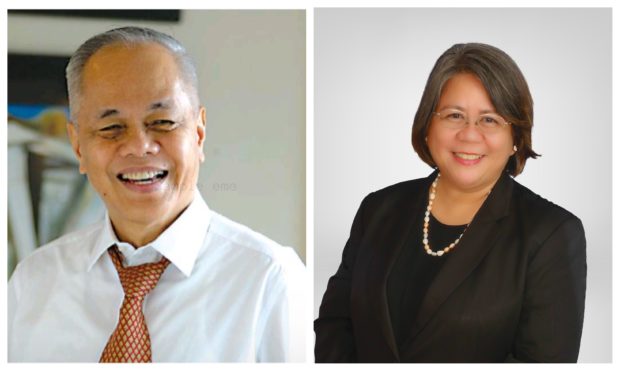 Written by: Magdaleno B. Albarracin, Jr. and Rowena Cristina L. Guevara, for INQUIRER.net

A 2017 survey showed that only 23 percent of Filipinos finish college education. Of the 1,000 respondents in the survey by an insurance firm, only 230, or 23 percent, were able to finish college due to lack of funds or savings.

It is interesting to note that the Department of Science and Technology (DOST), with its array of scholarship programs, found out that if a member of a poor family is given a scholarship, that the family member may be able to help a sibling or the family, not only the scholar herself/himself, rise from poverty, and, in the long run, contribute to national progress.

DOST’s scholarship program is enjoyed by about 53,000 students in science, engineering and science education. The success of the program is measured by the number of researchers in the country, which has increased to 356 researchers per million population in 2018 – way above the 2022 target of 300 in the Philippine Development Plan. The 10,000 new scholars per year of DOST is a drop in the bucket for the over 1.2M high school graduates in the country.

CHED Tertiary Education Subsidy (TES) has a total of 284,160 beneficiaries, which translates to about 70,000 new beneficiaries per year. This will benefit only 6% of the high school graduates in the country.

This led us to propose the expansion of TES to 200,000 new beneficiaries per year, and will cover 1 million high-school graduates from poor Filipino families. If the expanded TES is successful, batches of 1 million students can follow in phases. 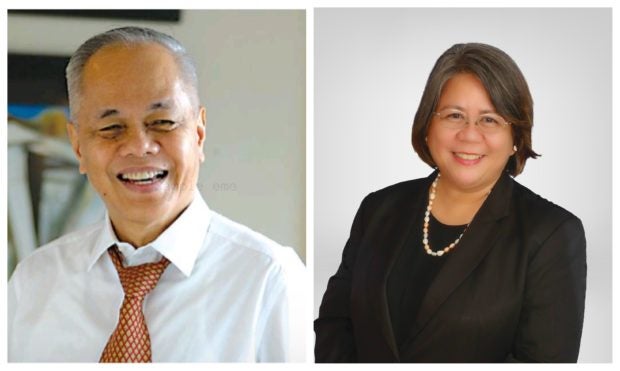 From Left to Right: Magdaleno B. Albarracin, Jr. and Rowena Cristina L. Guevara

The proposal reminds us of the G.I. Bill of the United States after World War II. The law mandated the US government to send millions of returning military servicemen to college for free, among a range of benefits. The G.I Bill is being implemented in the US up to this day not only for active-duty service members and veterans, but also for their families.

How It Will Work

The expanded TES program will run for five years to give an extra one year for the students to finish a four-year course. The one year margin will be given because it is estimated that a number of college students find it difficult to finish a four-year course on time. Based on TES guidelines, each beneficiary will receive an annual subsidy of P60,000 per year, or equivalent to P5,000 per month.

It should be noted that the P60,000 is the amount of yearly subsidy of the Tertiary Education Subsidy (TES) program of the Commission on Higher Education (CHED).

The program will send 200,000 high-school graduates to college every year for five years, or a total of 1 million beneficiaries.

The program is favorable to the government because it does not have to spend a single centavo for it. The government will raise the fund by having to loan an amount of P300 billion, at a potential 5% interest, from multilateral agencies, such as the World Bank, Japan International Cooperation Agency (JICA) of Japan, or Asian Development Bank (ADB).

The students will find it easy to repay the loan program. They will repay it in 15 years (5 years college plus 10 years of working after graduation) from income tax and value-added tax (VAT) collected from them after they graduate. No other kind of payment will be made by the students  after they graduate. (Computation shown below.)

Based on estimates, after 10 years of working the graduate will have earned enough so that the tax collected of approximately P499,000 per graduate will be able to pay the debt. This is based on P20,000 to P25,000 per month average salary of fresh college graduate in the Philippines.

For each graduate, the total investment recovery for the P300,000 total subsidy, will amount to only P422,000, including interest.

Later, from the 11th year until retirement, the graduate is estimated to earn an average of P1 million per year for 30 years.

For this period, the tax collected per graduate is approximately P156,000 per year, or P156 billion from the cohort or group of 1 million. This is after the P300 billion total loan has been paid.

The tax collected during this period may be able to fund a second cohort/group of 1 million students, thus providing free college education to 2 million instead of 1 million. Thus, the government may negotiate for a 35-year loan or longer and design the maturity or repayment to match the estimated tax collection.

It is suggested that the Department of Finance be included in the UNIFAST Governing Board that oversee the implementation of the TES. It is also suggested that the Board promote policies to help students learn more effectively, and to minimize leakage in the payment of taxes.

We trust that the Board recommends priority courses where students may enroll.

Efficiency in the implementation of the TES may be achieved if instead of having individual applicants to avail of the TES, the list of the 200,000 high-school graduates from poor families shall come from CHED and DepEd every year for five years and they are automatically TES beneficiaries. The poor families shall be identified by mandated agencies such as DSWD.

The students may enroll in State Universities and Colleges (SUCs) or in private schools that meet the standard set by CHED based on the average board passing rate of potentially 60% in the prior three years for the course enrolled in.

It is deemed that tax collection from the graduates will be successful because it will follow the system of automatic withholding of tax on salaries. Also, VAT collection has historically been effective, which is uniform rate of 12%, based on the gross selling price of goods, or gross receipts from the sale of services.

At the same time, through the national ID system, the government can monitor tax payments by the graduates.

Without cost to the government, this proposal will be able to give college education to 1 million high-school graduates from poor families for five years. The student will be given P60,000 per year for tuition and living expenses.

The government will either have to borrow P300 billion from multilateral agencies and Organization for Economic Co-operation and Development (OECD) countries to fund the program; or, it is also possible for NEDA, DOF and DBM to collaborate and include the budget in the General Appropriations Act under the Commission on Higher Education. Still, the government will more than recover the investment by way of income tax and VAT to be collected from the graduates when they start working.

With an estimated interest rate of 5% annually, the loan will be repaid from the taxes paid by the graduates in their first 10 years of work.

To cover for possible drop outs, it is understood that a little more than 1 million beneficiaries may be admitted in order to produce a total of 1 million graduates. Thus, the P300 billion loan or budget will need to be increased correspondingly.

At the same time, a small amount may also be added to the loan for implementation expenses.

The graduate is estimated to earn P29 million, or approximately P1 million annually, from the 11th year to retirement (30 years). With the cohort/group of 1 million graduates, they will earn a total of P1 trillion and pay a total of P156 billion in taxes annually.

As a result, 2 million Filipinos (or 2 million families) will be lifted from poverty to middle class and strengthen Philippine democracy. This is a beautiful story and without cost to the nation!

This extended TES program has not been done before and will likely help change the country for the better. This proposal will enhance the human capital to match the enhancement of physical capital resulting from the Build, Build, Build program. It will increase productivity.

Like in the G.I. Bill in the United States, the huge income of the graduates will help them and their families, and propel years of growth and prosperity through taxes, consumer spending and improved skills. Ultimately, the nation will reap the benefit from the improved human capital.

1. Per person:
2. Repayment/Recovery by way of income tax and VAT on expenditures from incomes of the graduates:

At the same time, the total income of 1 million graduates over 30 years is P29.25 trillion, which will add to the gross domestic product and increase consumption.