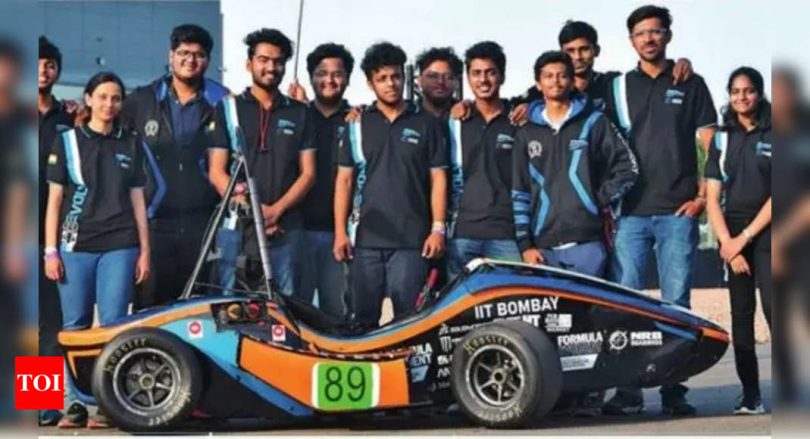 K C Vora, former president of the Society of Automotive Engineers (SAE) in India, remembers it like yesterday when he and his team decided to start a national-level competition for engineering students to design and build all-terrain vehicles and race them. Vora and his team toured various colleges, connected each team with a sponsor, and after much coaxing, got 27 teams to participate in the first Baja SAE event in 2007. Vora knew there was a large gap between industry and academia, but still, it came as a shock when none of the teams knew even the basics of automobile building, forcing SAEIndia to conduct workshops for the teams and the professors.
Today, 15 years later, there are multiple competitions, and almost every engineering college with a half-decent mechanical engineering department has a club dedicated to automobile engineering, with many colleges advertising their achievements on the racing track in their brochures. There are even students who join a college based on the legacy of their team’s record in these events.

Getting selected to these elite teams is tough. First-year students have to complete assignments, appear for written tests, and personal interviews conducted by the seniors in the teams. For most engineering students, building a car is like a childhood dream come true, but the cherry on top is the preferential treatment they get in placement interviews.
Prince Kumar, a fourth-year mechanical engineering student at IIT Kanpur and a part of its Motorsports group, says that on regular days, they work from 8 pm to 12 midnight to build the vehicle, but in the days leading up to the competition, they hardly sleep for more than two to four hours a day. “There is a lot of R&D involved. Sometimes, we may design something new on paper, but a senior would point out why it won’t work, and then we are back to the drawing board,” he says.
Shriya Varute, a fourth-year mechanical engineering student at Pimpri Chinchwad College of Engineering, and also the captain of their team, Red Baron, was drawn to the competition by the swag of the teams and the attention they receive. “In my first year, during the annual gathering, the team came onto the stage with their buggy and the entire gathering exploded with cheers and I totally fell for it,” says Shriya, whose team has won the overall championship several times. Shriya’s college has been participating for the past 10 years in mechanical Baja (mBaja), but for next year’s competition, they have decided to go electric. “The biggest challenge in this is that India does not manufacture many of the components required for an electric vehicle. So we have to import. We are done with the R&D and are in the production stage now. Huge secrecy is maintained around the car and its features,” says Shriya.
Vora says there was a time when mBaja had more than 300 colleges, while eBaja had just around 15 registrations, but now the number for mBaja is down to 110, while that of eBaja has risen to 81. “The recognition for such events is very high both in academic and industry circles,” he says. The All India Council for Technical Education (AICTE) gives Rs 10 lakh each to 10 Baja winners to participate in international Baja competitions.
Neel Kapadi, a recent alumnus of DY Patil College of Engineering, Akurdi, and who now works as a trainee in the Kirloskar Group, says his college team, Predators Racing, has won the overall championship several times and believes that getting into such teams is as tough as clearing the placement interviews. ”There are three rounds – the common aptitude round, the technical round, and finally the personal interview round,” he says.
Barath Krishna (21), an IIT Bombay alumnus who was the leader of the team that won the Formula Student UK 2021 international competition, says that apart from the mechanical and electronics learnings, students also learn budgeting, marketing, design testing, and instant problem-solving. “I also learned a lot about customs and shipping related issues because we had to send our car to the UK. During my placement interviews, all the technical questions asked of me were related to the car we made, and I think this is a major reason I got placed in Jaguar India,” he says.
Umesh Shah, group head of strategy & planning at auto components maker Anand Group, says students also learn how to work in teams, because building a car is only possible as a team effort.