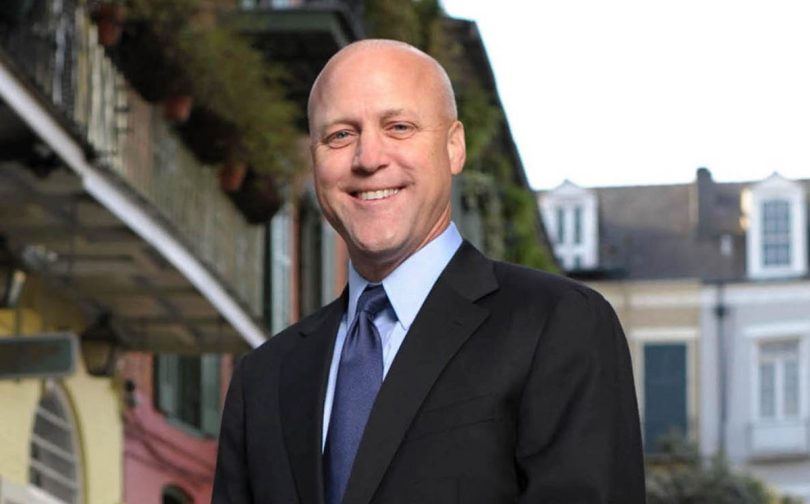 This week marks the one-year anniversary of the signing of the Bipartisan Infrastructure Law. This once-in-a-generation bipartisan law is giving the economy and Main Streets across America a much-needed upgrade by increasing access to reliable high-speed internet to millions of Americans, upgrading airports, ports, and waterways, addressing climate change, and improving the power infrastructure.

Making sure the $1.2 trillion in the law is appropriately and effectively administered is no small task. That’s why President Biden brought in Mitch Landrieu as a Senior Advisor for coordinating the implementation of it. He served as lieutenant governor of Louisiana and mayor of New Orleans, leading the rebuilding from Hurricane Katrina and other calamities.

I recently had the opportunity to speak with Mayor Landrieu on his efforts to date. I am grateful to him for taking the time and below is our conversation.

Rhett Buttle: As a former mayor, you are in a unique position to lead the implementation phase of the Bipartisan Infrastructure Law (BIL). What drew you to this position and why did you join the Biden Administration?

Mayor Landrieu: Well, first and foremost, I love Joe Biden and I thought he was the right person to lead this country – to stabilize us and prepare us for our future. But it was also my experience as mayor of New Orleans – after Hurricanes Katrina, Rita, Ike, and Gustav – that drew me to this position. One of my top priorities as mayor, and as lieutenant governor before then, was to rebuild our schools, buildings, roads, and hospitals. I fought hard for the recovery and the revitalization of the city, and I learned firsthand that progress can only be achieved through close, bipartisan partnership at the federal, state, and local levels, and with the private sector, nonprofits, and faith-based organizations.

That’s why when they called and said, “We’ve got this massive opportunity in front of us. Would you come help us figure out how to do it?”, I was honored and ready for the challenge. I was eager to see if we could use the lessons that I had learned to rebuild an entire city to rebuild the whole country. For decades, we often heard there was going to be an infrastructure week, and that never occurred. It became a punchline under his predecessor. President Biden said, “If you elect me, I’m going to pull a bunch of people together and we’re gonna get this done.” And he really did. I’m thankful to him for bringing Democrats and Republicans together and giving the nation a once-in-a-generation opportunity to build back better. Because of his leadership, we’re building an infrastructure decade.

Rhett Buttle: It’s been nearly one year since the Bipartisan Infrastructure Law was signed into law and the President named you to serve as the Infrastructure Coordinator and oversee the greatest investment in the nation’s infrastructure in a generation. How is the implementation progressing?

Mayor Landrieu: I think it’s going really well. We’ve run to the fire and are getting a lot done. We have focused on three big things: 1) building a team – and that means federal, state, local, nonprofit, and for-profit partners, 2) getting the funding out the door, and 3) telling the story to the American people so they understand that this is a great opportunity for us all to do more. As of today, we have announced over $185 billion dollars headed out of the door and have over 6,900 projects across the country that will be getting underway.

Let me outline a few highlights for you. First, we have made massive investments in roads and bridges, as well as airports and ports, to provide clean, efficient transit and to strengthen supply chains. We are delivering safe, clean water to millions of households and schools by replacing lead pipes and investing in wastewater infrastructure. We’re bringing affordable, high-speed internet to both rural and urban areas. We have built out the first ever national network of 500,000 electrical vehicle charging stations. And, we’re making the largest investment in history in cleaning up legacy pollution.

In order to get this done, you have to build relationships. Most folks don’t realize that 90% of this money is going to be spent by governors and mayors. So I’ve spoken to every governor and I’ve asked them each to appoint an infrastructure coordinator, and we now have 54 of them across the country, including in Washington, DC, and Puerto Rico. This is a one team, one fight, one mission effort that can only get done if we stay coordinated across the country, both horizontally and vertically.

Mayor Landrieu: It’s going to have a huge impact on them for a number of reasons. I’ll give you a couple examples that I’ve seen up close. I was just in East Las Vegas a few weeks ago, where we awarded a $25 million grant to rebuild a major corridor that’s in the shadow of the strip called Stewart Avenue. Right now this street, which is in a majority Latino neighborhood, is not crossable. Kids can’t safely walk where they need to – to school, to the library, or the playground. Pedestrians may want to shop in the area but do not have sidewalks to walk on. So we’re going to rebuild that corridor, and as a consequence, we’ll help business grow in the area. In fact, a business owner came up to me that day and talked about how much our investment would help his taqueria.

I was also just in Derry, New Hampshire, where we laid $75 million down on Exit 4A on the I-93 highway, in large part to reduce congestion in downtown Derry. Because of our investment, there’s going to be space in Derry for economic development, and for tons of small businesses to open up. And those are just a couple specific ways that the President’s Infrastructure Law is lifting up small and minority owned businesses.

The bottom line is that we are very focused on ensuring that everyone gets a piece of the pie here. The President has actually set a goal of increasing federal spending on smaller disadvantaged businesses by 50% by 2025. We’re taking that goal seriously in our implementation – prioritizing the hiring of minority owned and small businesses across many of our programs – and if we can achieve it, we’re going to direct approximately $100 billion more in contracting to minority-owned businesses within the next three years. This is a very focused effort by the president to make sure that we lift all communities up – rural, urban, black, white, brown – so that nobody gets left behind and everybody has access to opportunity.

Rhett Buttle: Since we are only a year in, what does the future look like for the continued implementation of the Bipartisan Infrastructure Law – particularly the role of racial equity?

Mayor Landrieu: We’re just getting started. This is a massive effort, in which we’re essentially rebuilding the country. We have made great progress, but we still have a lot of work to do. Too often, people of color deal with the consequences of our infrastructure failures – roads with potholes, orphaned gas and oil wells, or highways that cut through communities. That’s why as an example, we’re going to invest $21 billion over the next five years to eliminate legacy pollution, which disproportionately impacts communities of color and pockets of poverty in all areas of the United States.

There’s billions specifically to address issues like lead pipes, need for drought resilience, and inadequate wastewater infrastructure. Two million Americans don’t have indoor plumbing in their houses. We went to a home in Lowndes County, Alabama, where the homeowner showed us where the waste protrudes out of the back of the house. You can imagine being a mom and having your kids go outside and being worried that they could accidentally play in or near sewage while they’re out there. It really breaks your heart, and we need to do better in America.

We also have $65 billion dollars to close the digital divide in our country. You’ve heard the president say a million times that access to knowledge is the great equalizer. But today, in our 21st century economy, over 30% of our tribal land population lacks access to high-speed internet, and rural America is consistently left behind. That’s unacceptable, and that’s why the Bipartisan Infrastructure Law invests $2 billion in the Tribal Broadband Connectivity Program, as well as $2 billion in USDA’s Reconnect program, which focuses on bringing high-speed internet to rural communities. That’s also why we’ve also created the Affordable Connectivity Program, which will actually cut internet bills by up to $30 per month for certain households, or by $75 for households on tribal lands. You can’t beat that deal. Almost 4.8 million households are signed up so far, but we want millions more to do so. That’s why we’re working to spread the word about GetInternet.gov, which is where anyone can go to see if they’re eligible for those discounts.

By the way, I want you to know you can find more details about everything we’re discussing at Build.gov, our site with every detail you could need about the Bipartisan Infrastructure Law.

Rhett Buttle: What would you say to private sector stakeholders who are looking to better understand or find opportunities under the Bipartisan Infrastructure Law?

Mayor Landrieu: This is the most significant opportunity that the private sector has had to grow the economy in the last 60 years, because the government is not doing all this work by ourselves. We can’t even do half of this alone. Rebuilding our roads and bridges or laying down the fiber optic cable for high-speed internet is going to get done by large measure by private companies. All of the money we’re investing in clean energy will be deployed by a mix of public and private entities.

We’re sending an incredible market signal through our investments, and private companies understand this. Already, there has been $135 billion announced in private sector investments in the manufacturing of electric vehicles, batteries, chargers. Ford, GM, and others are now spending billions of dollars retrofitting and building new plants to create new automobiles. You’re seeing companies like Siemens, GM, and Micron, announce a massive investment in building chips. At the end of the day, we have to work together to provide opportunity and make progress in the country. One of my primary messages to private sector stakeholders is this: partner with us. Seize upon the unprecedented opportunities in front of us to truly innovate and rebuild our crumbling infrastructure better than we ever have before.