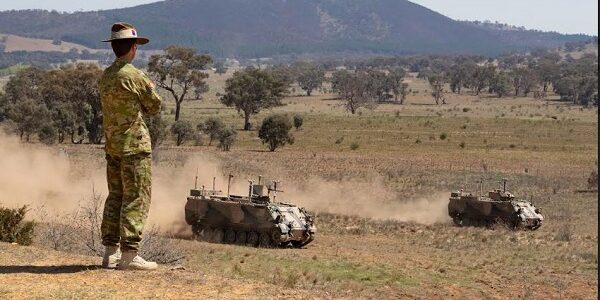 We have had a look through the Google Analytics results for the year just past and can share a list of the five most popular stories below, as voted by visitors to @AuManufacturing’s website.

Unsurprisingly, some of the defining issues of 2022 — including the federal election and the Russian invasion of Ukraine — feature among stories, though you might also find a surprise or two.

An installment in our October editorial series, Land Forces 2022, looked at autonomous land and aerial vehicles, with Peter Roberts reporting on what he described as Australia’s surprising experience and expertise in autonomous vehicle control.

With input from Michael Crump, Principal Technologist Autonomous Systems from series sponsor BAE Systems Australia, the article considered just what “autonomous” means nowadays, the role of autonomy on the battlefield over history, projects including the recent Ghost Bat and earlier Nulka decoy missiles, and how autonomous systems could supplement human roles in the Australian Defence Force.

In December, GFG Alliance chairman Sanjeev Gupta announced a massive boost to his Whyalla, South Australia iron ore mining operations as well as the production of green steel from hydrogen via direct reduction.

Included in the article were comments made by Gupta to the Australian Hydrogen Conference in Perth on the company’s GREENSTEEL pellets, which he said will underpin the future of steel production utilising hydrogen.

“These pellets are the mineral equivalent of a 1999 vintage Penfolds Grange,” he explained.

“We could, of course, just sell them on, and no doubt we shall be doing that as well. But in line with our philosophy of climbing the value chain, we will also be making and selling the wine, not just exporting the grapes.

In an analysis piece written in March – early in the ongoing Russian war on its neighbour – Peter Roberts wrote that the Ukraine conflict and Australia’s assistance efforts showed our own missile stores to be minimal.

Fortunately, wrote Roberts, there are examples to show “Australia can do it again and produce our own missiles, based on our own know-how and manufactured right here.”

One of many manufacturing grant announcements in the lead-up to federal election ‘22 was federal government support worth $113 million for Thomas Foods International’s move into plant-based proteins.

TFI managing director Darren Thomas said at the time that, “The market for plant-based products is expanding rapidly and we see great opportunity to leverage our experience and expertise into this exciting new (industry) for local farmers and consumers across the globe.”

University of Adelaide engineering researcher Dr Noune Melkoumian has invented a structural health monitoring (SHM) system, offering early warnings for potential hazards such as a building collapse in an earthquake.

In this interview, originally published at The Lead South Australia, Melkoumian discusses the solution, the manufacture of which is being led by Hegel Industrial Solutions.

The initial focus is in the United States, where over 47,000 structurally deficient bridges were reported in 2019 and more recently, last January, a Pittsburgh bridge collapsed, plunging a passenger bus into a park ravine.

Brent is a co-founder and editor of @AuManufacturing.