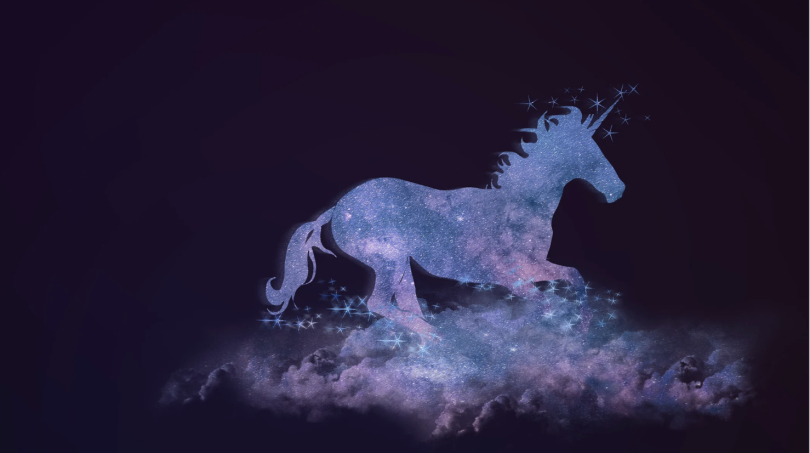 North American oil and gas companies are going big on carbon capture, utilisation, and storage (CCUS). Chevron, for example, is targeting 25 mega-tonnes of CO2 (MtCO2) per year by 2030[i]. Occidental Petroleum, which has a similar target, plans to be Net Zero by 2050[ii] with the help of an ambitious rollout of direct air carbon capture (DACC) facilities. Whilst Exxon claims to have captured more CO2 than any other company[iii] and is promoting the idea of turning the Houston Ship Channel into a CCUS hub with a capacity of 100 Mtpa by 2040[iv]. The project is backed by a further 13 oil and chemicals companies but requires government support, with Exxon calling for a cool $100bn in combined investment[v].

But to what extent can CCUS reduce the emissions of oil & gas companies? CCUS faces challenges around scale, credibility, and cost. It is also important to separate out alignment – whether a company is aligned with the goal of the Paris agreement – from the financial risks posed by climate change and the energy transition. The greatest threat to the industry is collapsing demand as the world moves to Net Zero and low carbon energy; here CCUS provides little protection from the prevailing headwinds.

Scale is everything. Chevron’s 2019 full life-cycle emissions (scopes 1, 2 & 3) were 697 [vi], of which their CCUS of 25 MtCO2 per annum (Mtpa) target represents less than 3.6%. Some might even question Chevron’s ability to achieve this target given its troubled flagship Gorgon CCUS project in western Australia, which has experiencedThe facility has so far failed to inject even 25% of its planned 4 Mtpa capacity[1]. Completed three and half years late, the project has sequestered an average of less than 1 Mtpa[vii].

Globally, the numbers also paint a stark picture. According to the International Energy Agency (IEA), energy-related

Two-thirds of current CCUS capacity is used for ‘gas processing’[x] where naturally occurring CO2 mixed with fossil gas is stripped out during processing. This is primarily done to meet marketing specifications and to prevent damage to production facilities, but it is increasingly required for regulatory approval and to help meet companies’ emission reduction targets.

Although waste CO2 should be captured rather than vented into the atmosphere, it does not offset the CO2 released when the gas is burnt which constitutes the majority of emissions. Worse, such projects are often used to justify the development of high CO2 gas fields, under the guise of reducing emissions. But at best, they render the operational emissions comparable to those of a standard field. New gas processing CCUS projects generally mean a net increase in the absolute level of atmospheric emissions as they allow the production of additional fossil gas that would otherwise stay in the ground.

And capture is only one-half of the story; how the CO2 is used should also be scrutinised. Globally around 73% of captured CO2 is used for enhanced oil recovery (EOR)[xi] – where CO2 is injected into an oil field during production to increase the outflow of oil. How much CO2 is sequestered in this process is disputed[xii] and will vary depending on how much CO2 is reproduced. Monitoring is essential[xiii]. The sequestered CO2 then needs to be weighed against the emissions resulting from the additional oil produced. For a truly positive climate impact, captured CO2 should be stored indefinitely, not used to help increase fossil fuel production.

Another project type increasingly in development across North America is a form of CCS whereby CO2 is scrubbed from an industrial source or power station. These projects, however, raise an issue: who gets to claim the emissions that are being captured? If the owner of the facility (and the source CO2) claims the stored CO2, then the oil company providing the storage cannot also credibly count them against their own emissions. What the oil company is providing, effectively, is ‘decarbonisation as service’. Occidental, for example, is developing a 5Mtpa CCS plant at NextDecade’s Rio Grande LNG plant: these captured emissions should be assigned as a reduction in the plant’s operator, not Oxy themselves.[xiv]

Ultimately, it is difficult for oil and gas companies to capture the emissions from their own products distributed among a million exhaust pipes and chimney stacks. And that is where the tantalizing prospect of DACCS comes in: extracting CO2 already in the air. Along with BECCS (bioenergy CCS), these technologies offer the potential for negative emissions.

However, DACCS capacity is currently minuscule. Of the 19 projects worldwide[xv] the largest is currently Orca, a commercial venture in Iceland not associated with the oil industry, which has a capacity of just 0.004 Mtpa[xvi].

But bigger projects are in the works. Occidental’s DAC 1 in the Permian Basin is scheduled to begin operations in 2024 where captured CO2 will be plumbed into the existing pipeline network (read: used for EOR). DAC 1 is likely to become the world’s largest DACCS facility with an eventually planned capture rate of 1Mtpa[xvii]. Although with advance sales of carbon offset agreements with Airbus, Shopify and ThermoFisher[xviii], it’s not clear how much capacity will be reserved for negating Occidental’s own emissions.

As it stands, CCUS are a costly way to reduce emissions

The cost of DACCS is also considerable, with Occidental spending $800 million to $1 billion USD[xix] on its DAC 1 facility. Sequestering CO2 at Orca was reported to cost $600-800 USD/tonne

Extracting CO2 from higher concentration sources, such as gas processing, is comparatively more cost-effective but even these more conventional projects can be expensive endeavours. Chevron’s Gorgon project is reported to have cost over AUD$3 billion, not to mention the $180 million USD of carbon credits that Chevron and its partners are being forced to buy[xxi] for failing to achieve its promised capacity.

Capture costs are expected to fall, particularly for DACCS, as the new technology is scaled up – Occidental envisions 70 such DAC plants by 2035[xxii]. But as was proven the case at Gorgon, the issues often lie with the storage, and here you quickly run against geological . Over a century of oil exploration and innovation mean that further cost reductions on the storage part of CCUS may be less .

The biggest concern to investors should be that CCUS does not address the industry’s existential crisis as the world transitions away from its products. Renewable electricity is already cheaper than gas, electric car sales are soaring, and green hydrogen will plug many of the gaps. None of this will be reversed by CCUS. Increasing the costs of fossil fuel projects by tying them to CCUS is a poor recipe for resilience to a future low-price environment, exacerbating the risk of

In theory, CCUS could extend a company’s social licence to operate by reducing emissions (although as we have seen this is not straightforward) but it does not protect them against lost revenues and wasted capex. A better approach would be a managed decline of production, perhaps whilst investing in low carbon business streams of which CCUS may be one.

But CCUS is needed to limit warming

And yet the world will need CCUS to constrain temperatures – the IEA’s Net Zero by 2050 pathway requires a CCUS capacity of 1,600 Mtpa by 2030[xxiii] (a 3,900% increase). Slower decarbonisation would require, counterintuitively, even more CCUS overall to rein in temperature overshoot at considerable cost.

In this light, it might be in all our interests if the oil industry, in its sunset years, invests in a much-needed technology, but it won’t protect companies from falling demand. CCUS should be reserved for the hardest to abate sectors – cement, steel etc – not to offset the emissions from hydrocarbons which are easily substituted through electrification and renewable energy.

It might be that the future of some oil companies, with their subsurface expertise and experience implementing large engineering projects, lies in selling carbon storage credits. But that is a very different business proposition to that currently being put forward by the industry.

[1] Approximately 2 Mtpa to Chevron on an equity share basis

[vii] If Chevron, Exxon and Shell can’t get Gorgon’s carbon capture and storage to work, who can? | IEEFA

[ix] Carbon capture in 2021: Off and running or another false start? – Analysis – IEA

[x] Carbon capture in 2021: Off and running or another false start? – Analysis – IEA

[xxiii] Carbon capture in 2021: Off and running or another false start? – Analysis – IEA