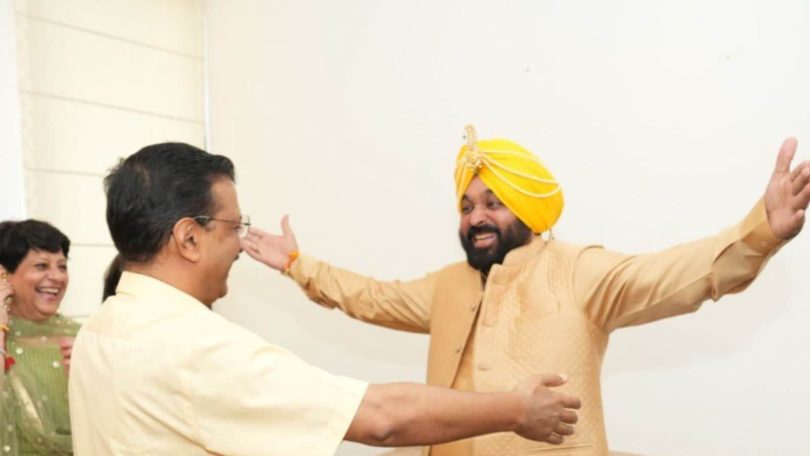 Barely few days before the Aam Aadmi Party (AAP) government was to complete six months at the helm of affairs in Punjab, half a dozen ministers and leaders held a series of press briefings, but instead of highlighting its achievements over the short span, the agenda was completely different.

Claiming an Operation Lotus in Punjab, the party alleged the Bharatiya Janata Party (BJP) was trying to overthrow their government by inducements and threats to their MLAs.

Six months on, analysts term it a sign of “nervousness” and “lack of confidence”.

After riding on a wave, the AAP won a landslide in the assembly elections six months ago. And now, understandably, the government’s six-months track record is under scrutiny.

There have been hits and misses over the period, but analysts say the response of the CM Bhagwant Mann-led government to crisis situations has remained below par.

From Sidhu Moose Wala killing to a minister “misbehaving” with bureaucrats and administrators, the response has come under sharp criticism.

The most recent being BMW’s denial of plans to set up any operations in Punjab, despite such a claim by the CM. The AAP’s defence on the issue has not been a belligerent one.

For the party’s critics, the biggest concern has been on the law and order front. In the past six months, the government has not only had to grapple with killing of singer Moose Wala, but also terror attacks and plots.

The most embarrassing for the Mann government was the attack on its Intelligence headquarters in Mohali. For months, the police seemed clueless, not to mention the big Intelligence failure.

It also faced an ignominy of having to sack its Health minister Vijay Singla in an alleged corruption case. The minister was caught on tape asking for bribe, a complaint that went all the way to Mann.

Another minister Fauja Singh Sarari is facing allegations of corruption. “Although the government may want to make people believe that it is initiating action against corruption, but having its own ministers at the centre of corrupt practices is bad optics,” commented a bureaucrat.

The political opponents of the AAP believe that it was indulging in diversionary tactics to “cover up” its failures. The allegation of Operation Lotus is being seen by political analysts as “lack of confidence”.

“It has a brute majority and yet it fears that its legislators are being targeted to dethrone the government. This also fuels speculations that all may not be well within the party,” said BJP leader Ashwini Sharma.

The AAP, on its part, has debunked these allegations. It has cited its anti-corruption helpline, 100 mohalla clinics, upgradation of 100 schools and a targeted campaign against drug peddlers and corrupt officials as its achievements.

“The opposition is rattled by the steps we have taken in such a short span, so they are hurling such allegations. We will continue to work for the betterment of the state, let them call us names. It doesn’t matter,” said AAP spokesman Malwinder Kang.

Read all the Latest Politics News and Breaking News here