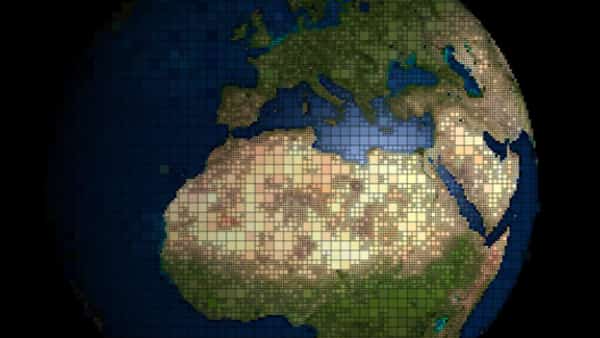 New Delhi: India’s hospitality and travel industry came to a grinding halt many times in the past two years. For instance, the omicron wave, in January and February this year, took the wind out of their sails. The second quarter of 2022-23 was big respite for many companies—in store for them was the year of “Big Travel”.

By the middle of the year, many companies more than surpassed their 2019 figures, while others discovered new ways of working. Unlike other years, in many ways, it was a year of big travel primarily because airlines commanded whatever price they liked, hotel prices dominated the market, and customers were ready to shell out the money.

The main driver of the resurgence remained domestic travel, which dominated the businesses of travel companies and unlike the West, Indian companies appeared to have been somewhat immune to the geopolitical uncertainties. And numbers demonstrated that. The Directorate General of Civil Aviation said passengers carried by domestic airlines during January-November 2022 were 110.51 million as against 72.61 million during the corresponding period of the previous year, showing annual growth of 52.19% and monthly growth of 11.06%. “When we think about India today, it’s recovering the way some Middle Eastern and European markets are, showing strong growth. People have saved a good amount of money during covid and I don’t see the travel demand slowing down in the short to medium term,” said Marriott International’s president for Asia-Pacific (excluding Greater China), Rajeev Menon. “Covid has reaffirmed the power of travel”. People have had time to think during the pandemic and realize how important it is for many to travel and spend time with family and friends. Customers are willing to pay more for experiences,” he added.

“The great story of India was that it really sustained and had very strong demand, despite all the headwinds we’ve seen in everything from inflation in fuel prices to average daily rates in hotels going up across the board compared with 2019. The industry has bounced back in a very big way. We had a couple of tough years between 2020 and 2021 but this year was actually the best from every perspective,” said Santosh Kumar, country head of the Indian subcontinent & Indonesia for online travel agency Booking.com.

And it’s no surprise then that the travel market in India is projected to reach $125 billion by FY27 from an estimated $75 billion in FY20.

For the travel business Thomas Cook India, 2022 registered a tremendous recovery with a huge amount of activity. It also had a return to profitability for its retail businesses, Thomas Cook India, SOTC and Sterling Holidays, despite only having eight months to trade in the calendar year. It is at a 90% recovery now at an aggregate business level as compared to 2019.

“2022 stands out as a unique year, and a base year most likely for us to measure other years against, for instance. covid changed the way we viewed the customer, permitting them to decide the manner in which they connect with us as well as deciding on what they want. We discovered a new, younger customer, with our average customer age reducing by about 10 years,” said Madhavan Menon, chairman & managing director at Thomas Cook India Ltd.

“What truly stood out was the evolution of the new kind of travel behaviour. Domestic demand is huge in India, I don’t think hotel rates will reduce right now,” Madhavan Menon said.

The recovery in India has stood out globally. Families are taking holidays like never before and this will be the new normal.

“For many countries around the world, there’s also been a huge focus on the Indian traveller, keeping in mind that China has kept its borders shut. Indian travellers have answered that call and have been travelling extensively to markets across the world. India represents an incredible tourism opportunity, both in terms of inbound as well as outbound travel,” added Madhavan Menon.

In India, there has been an improvement in both hotel occupancies and rates, and not just an increase in revenues of hotel companies based on the rates.