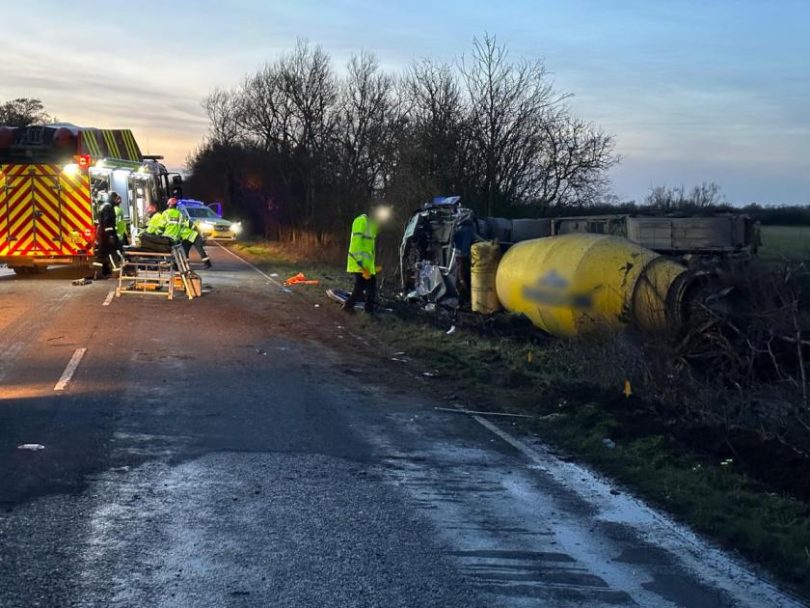 FIREFIGHTERS worked for more than hour trying to help a driver who was ‘significantly trapped’ under a cement mixer.

The incident happened yesterday (January 13) at about 2.07pm on the A41 near Blackthorn just after the bridge towards Aylesbury.

Crews from Bicester, Thame and Rewley Road attended along with the specialist rescue tender from Kidlington.

Crews were also backed up by colleagues from BFRS Aylesbury Fire Station with their urban search and rescue vehicles.

They worked for about 80 minutes to release the driver who was significantly trapped, led by doctors and paramedics from the Thames Valley Air Ambulance and South Central Ambulance Service in a complex rescue.

Thames Valley Police are leading the investigation into the collision, which led to a full road closure for a number of hours.

Read more from this author

This story was written by Gee Harland. She joined the team in 2022 as a senior multimedia reporter.

Get in touch with her by emailing: gee.harland@newsquest.co.uk