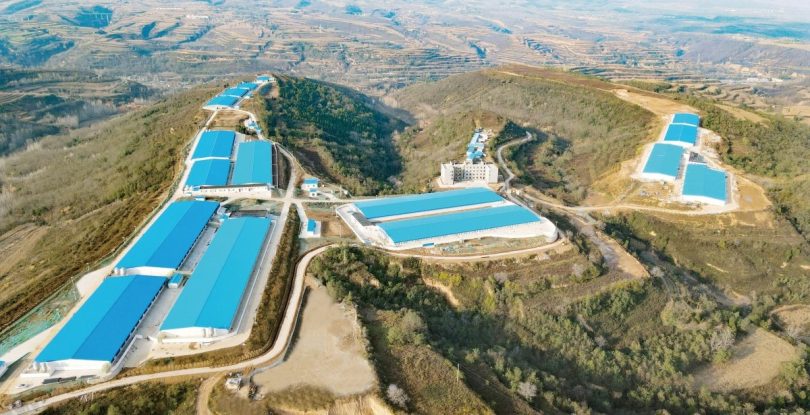 Nie Kuo, AB Agri China MD said: “As part of our responsible approach, production at the new site is free of antibiotic growth promoters (AGPs), which is important given the widespread restrictions on their use and potential impact on human health antibiotic resistance.”​

The final stages of the facility’s construction were delayed by two months because of COVID-19 restrictions and also as a result of bad weather.

China is AB’s Agri’s largest manufacturing base outside the UK.

The company said the Tongchuan mill is the latest in a series of investments over the years in China. It is AB Agri’s ninth production site in that country with its Chinese operations now producing over 1.7 million tons of compound feed equivalent.

With headquarters in Shanghai, AB Agri China has been operating since 1996 and now has over 1,000 employees in operations across the North East, Central and Eastern regions. It maintains that, with more than 20 years of involvement in the country, it has developed a rich understanding of the domestic livestock and feed sector.

The group outlined how its Chinese division can also leverage the three decades of feed safety management experience in the UK. “This knowledge helps it to supply high performance, safe animal nutrition and services to feed producers, livestock farms and food processors in China.”​

AB Agri is looking to grow its footprint globally, and has been training its sights on South East Asia. It wants to significantly increase its presence in that region, recently recruiting business development specialist, Graham Wong, to head up its operations targeting those markets.

“With a rapidly increasing population and higher levels of disposable income, the scope for growth in Asia is considerable,”​ noted José Nobre, AB Agri’s CEO.