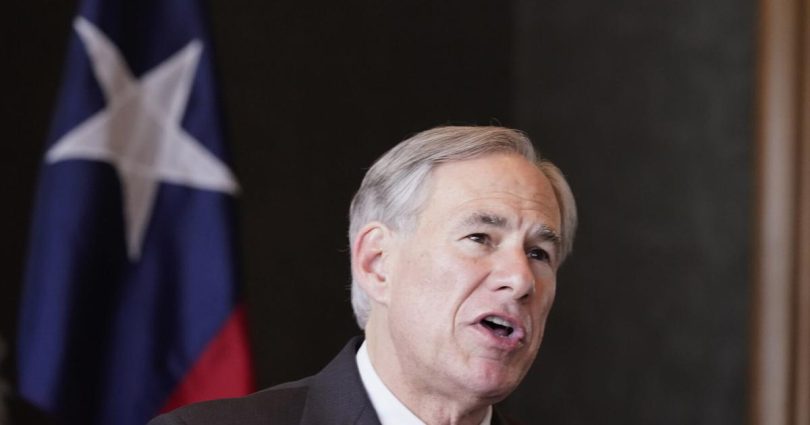 Abbott sent another letter to Biden Tuesday in response to the Environmental Protection Agency’s plan to “attack Texas production based on illogical and flawed grounds.” In June, he sent a letter urging Biden to stop the EPA’s plan to redesignate certain New Mexico and Texas counties in the Permian Basin as being noncompliant with a 2015 Ozone National Ambient Air Quality Standards. The EPA reenacted the standards after they’d been dropped by the Trump administration in 2017.

The president didn’t respond to Abbott’s letter. Instead, the EPA said if it was advancing its action it would notify Abbott and solicit state input. It didn’t address any of the concerns raised in his letter.

The EPA’s plan is based on ozone monitors in Carlsbad, New Mexico, over which Abbott argues “the logical flaws in this reasoning are deep.” He points out that the ozone monitor in Hobbs, New Mexico, registered compliant design values in 2020, 2021 and 2022. As a result, the EPA lacks the supporting data to redesignate the Texas Permian Basin, he wrote.

The EPA’s plan could jeopardize a quarter of the U.S. gasoline supply, Abbott argues. It’s really designed to end fossil fuels, which would have detrimental impacts on Americans struggling with 40-year-high inflation and high gas prices, he said.

The proposal comes as the Texas oil and gas industry continues to break state job records and paid a record $3.88 billion in taxes last month.

The Permian Basin produces roughly 5.2 million barrels of oil a day, which translates to roughly 95 million gallons of gasoline a day. The U.S. Energy Information Agency projects Permian Basin oil production will increase by 79,000 barrels per day (bpd) to a record 5.408 million bpd in September. Oil production in the Eagle Ford Shale in South Texas is expected to increase by 26,000 bpd in August, reaching 1.230 million bpd. Natural gas production is also expected to increase to record highs of 20.58 billion cubic feet per day (bcfd) in the Permian and to 7.1 bcfd in the Eagle Ford.

The EPA’s plan “is just another way for the Biden administration to cripple the oil and gas industry,” Midland-based Oil and Gas Workers Association board member Richard Welch told The Center Square. “Texas is #1 in oil and gas production. We produce more than most countries do. If you stomp out #1, it cripples the rest of the world.

“If they can cripple the industry enough to where it can’t grow, then it’s even better for the Biden administration’s green energy agenda, arguing the industry can’t produce.

“If you limit production and supply it makes the price per barrel of oil go up, which makes the price of gasoline go up. The plan is to either empty people’s bank accounts paying for increased gas at the pump or force them to look for an alternative. The administration wants hydrocarbons to be so unaffordable that Americans will be forced to purchase electronic vehicles, which is why the federal government is giving $7,500 worth of taxpayer money in rebates to people to purchase them.”

The EPA’s plan is “another example of regulatory overreach … that threatens American families and our nation’s energy security,” Ed Longanecker, president of the Texas Independent Producers & Royalty Owners Association, told The Center Square.

“These efforts are dramatically improving environmental performance, including improving air quality in West Texas,” Staples said. “Domestic oil and natural gas produced in the United States, and largely right here in Texas, is the cleanest in the world. At a time when the Administration should be working with the industry to unleash America’s energy potential,” it’s “making moves that ignore and even discourage progress while creating uncertainty that could constrain the energy development the nation and the world needs.”

He also points out that methane emissions intensity in the Permian Basin declined nearly 70% since 2011 while oil and natural gas production increased over the same time period by over 320%. The flaring rate in the Permian Basin in Texas is also at a record low, he notes, after the U.S. has seen a 46% reduction in flaring intensity over the last decade.