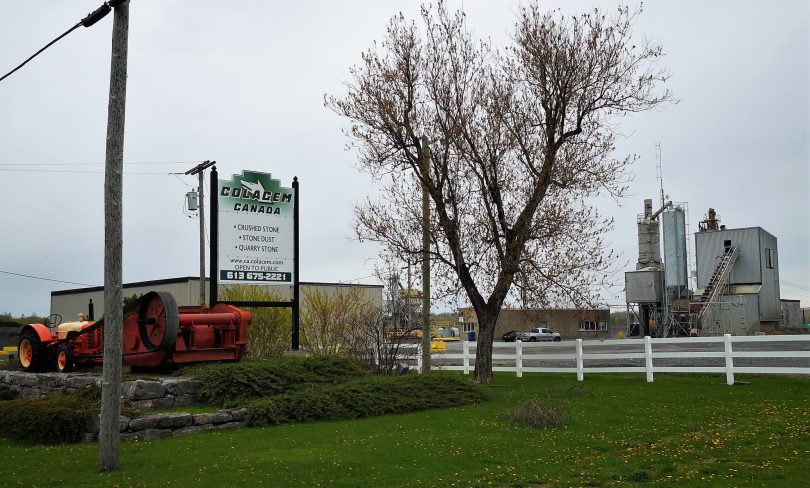 Action Champlain is again petitioning the federal Minister of the Environment to order an Impact Assessment (IA) for the proposed Colacem cement plant near L’Orignal.

The 240-page petition to Minister Steven Guilbeault is part of a renewed effort by Action Champlain, which opposes the proposed plant and consistently questions the regulatory process involved with the development. Nature Canada delivered a petition to former federal Minister of the Environment Catherine McKenna requesting an IA of the proposed cement plant in 2018 and the request was rejected.

Action Champlain has written to Guilbault explaining the reasons for the petition.

In 2020, Action Champlain unsuccessfully appealed the amendment to the United Counties of Prescott and Russell’s (UCPR) Official Plan (OP) made in 2017 that allows the plant to be built adjacent to Colacem’s existing quarry to the Local Planning Appeal Tribunal (LPAT, now the Ontario Land Tribunal). However, in the letter, Action Champlain contends that during the LPAT hearings, reports and testimony from its expert witness reports and testimony revealed to the tribunal that numerous errors of facts, important omissions, and some misrepresentations were made to the Ontario Ministry of the Environment, Conservation and Parks (MECP) in Colacem’s application for an Environmental Compliance Approval (ECA).

In the letter, Action Champlain argues that even though the proposed cement plant is in Ontario, it will have transboundary impact in Québec and internationally, due to the potential for water and air pollution affecting human and animal life. Concern is also expressed about additional greenhouse gas emissions from trucks transporting raw materials and the finished product to and from the site, using the federally regulated Port of Montréal as point for international imports and exports.

Action Champlain has told Guilbeault there are 14 federally-listed species at risk, including three endangered, six threatened, and five of special concern, on the cement plant property or nearby.

The letter to the minister identifies concerns the cement plant and expanded quarry will negatively affect nearby protected natural areas or places with special natural heritage status. Those include the Ottawa River as a designated Canadian Heritage River, the Alfred Bog, Atocas Bay, and Pumpkinseed Bay.

In the letter to Guilbeault, Action Champlain argues that the Air Quality Cumulative Effects study commissioned by Colacem of physical activities reported for the project was erroneous. Action Champlain claims the quarry emissions were found to be underestimated by a factor of four to five times during the LPAT hearings, the conservatism of the quarry activities was exaggerated by a factor of 240 per cent, and the wrong quarry emission model was used.

Action Champlain believes the cement project might adversely impact First Nations communities, which are under federal jurisdiction. The letter sent to Guilbeault says the Mohawks of Kanesatake, near Oka, is the closest First Nation most likely to be exposed.

The cement plant will hinder the Government of Canada’s ability to meet its climate change targets, according to Action Champlain. The organization believes the plant, if constructed, will be emitting 0.83 megatonnes (Mt) of greenhouse gas (GHG) a year, representing 41.6 Mt of GHG in the first 50 years of operation.