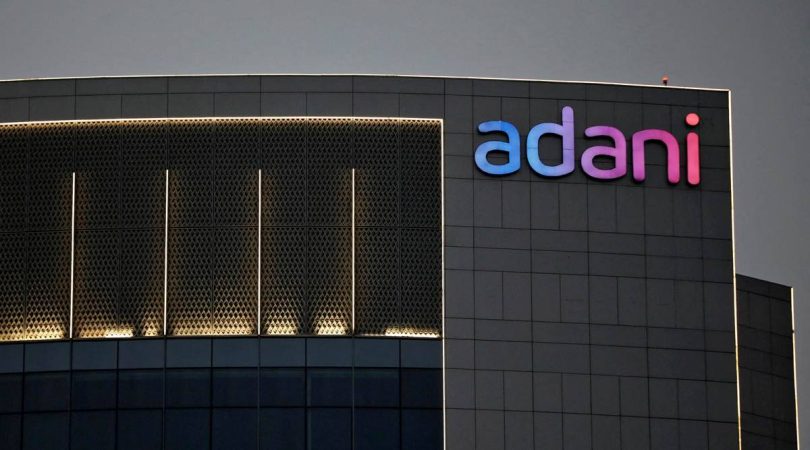 Deutsche Bank AG’s Hong Kong branch, which is the agent for the shares in ACC and Ambuja, made the disclosure in filings to India’s stock exchanges on Tuesday.

The logo of the Adani Group is seen on the facade of one of its buildings on the outskirts of Ahmedabad, India, April 13, 2021. (REUTERS/File Photo)

India’s Adani Group has pledged shares worth about $12.5 billion in two cement units, days after the conglomerate controlled by billionaire Gautam Adani completed purchase of stakes in those businesses from Switzerland’s Holcim.

You have exhausted your
monthly limit of free stories.

You need a subscription to read on.
Now available starting just
Rs 83 a month.

This premium article is free for now.

Register to continue reading this story.

The agreement will be in the form of a non-disposal undertaking, under which Adani will not be able to offload the shares until the lender agrees that the debt is paid.

The encumbered shares of ACC and Ambuja were worth around 989.46 billion indian rupees ($12.40 billion) based on Monday’s closing prices and accounted for a 57% stake in ACC and a 63% stake in Ambuja Cements.

The group in May announced the acquisition of Holcim’s cement businesses in India for $10.5 billion to become the country’s No. 2 cement manufacturer.

After the completion of the deal, Adani said on Saturday that production capacity at the cement units was expected to double by 2027.

Adani, the world’s second-richest man after Elon Musk, has made inroads into several sectors this year, ranging from media companies to cement giants, in a deal-making spree that has raised concerns about his group’s debt levels.