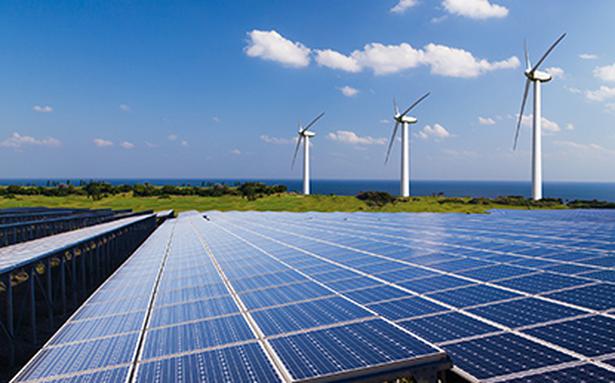 An Adani project in Sri Lanka is yet again at the centre of controversy, after a top official of the Ceylon Electricity Board (CEB) told a parliamentary panel that a renewable energy project in the island’s northern Mannar district was given to the Adani Group after Prime Minister Narendra Modi “pressured” President Gotabaya Rajapaksa.

CEB Chairman M.M.C. Ferdinando made the remark on Friday before the Committee on Public Enterprises (COPE), but soon withdrew it, saying he had been “emotional”. Between his statement on Friday and swift withdrawal was a tweet from Mr. Gotabaya on Saturday that said: “Re[garding] a statement made by the #lka CEB Chairman at a COPE committee hearing regarding the award of a Wind Power Project in Mannar, I categorically deny authorisation to award this project to any specific person or entity. I trust responsible communication in this regard will follow.”

The President’s office followed up with a statement “vehemently denying” the CEB official’s remarks. “Sri Lanka is currently in an acute shortage of power and President desires to expedite implementation of mega power projects as early as possible. However, no undue influence will be used in awarding such projects. Project proposals for large-scale renewable energy projects is limited, but special attention will be paid to the selection of institutions for the projects, which will be carried out strictly in accordance with the transparent and accountable system by the government of Sri Lanka.”

The development comes days after Sri Lanka amended its electricity law, effectively eliminating competitive bidding for energy projects. The move drew flak from the Opposition and government critics.  In the parliamentary debate on the Bill, subsequently passed, Opposition lawmaker Nalin Bandara flagged concerns that competitive bidding was being done away with “to make way” for projects like the Adani Group’s,  according to the Colombo-based Sunday Times.

This is not the first time that Sri Lankans have questioned the Adani Group’s entry into the island’s energy sector, or brought up Mr. Modi’s name in this regard. Following an agreement between the Group and the CEB in March 2022, to execute renewable energy projects in the northern Mannar and Pooneryn districts, Sri Lanka’s main opposition party Samagi Jana Balawegaya (SJB or United People’s Force) said the Indian businessman was making a “backdoor entry”, and accused Mr. Gotabaya of “pampering” Mr. Modi’s “notorious friends”.

The energy project is the second major venture in Sri Lanka involving the Adani Group, after it bagged a strategic port terminal deal in Colombo. The Group was brought in to execute the West Container Terminal project at the Colombo Port, with majority stakes, after Colombo unilaterally cancelled a trilateral agreement among the governments of Sri Lanka and India and Japan to jointly build the East Container Terminal at the same port.  The Adani Group, Sri Lankan Ministers have said, was the Indian government’s “nominee” in both cases, indicating there was no competitive bidding process.  Similarly, there is no information of a tendering process having preceded the energy agreement signed by the Group and the CEB. Even the agreement was not officially publicised by either side, and came to light only after Sri Lankan media reported on the development.