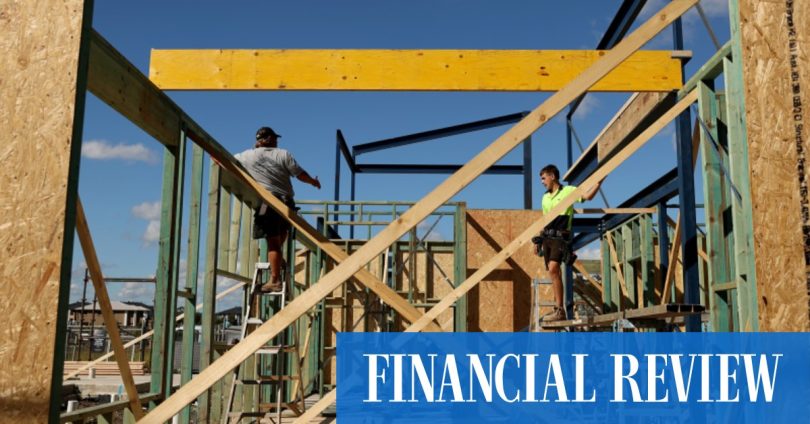 The company’s net profit after tax for the first six months of calendar 2022 slipped by 15 per cent to $48 million.

Wet weather on the eastern seaboard was a big disrupter on building sites and infrastructure projects in Queensland and NSW.

Mr Miller said higher fuel and diesel costs were a $20 million hit, and there was a $3.5 million impost from “surge” pricing in energy bills. Diesel prices were up 55 per cent from the start of 2022.

There was still major uncertainty in energy markets, which was a worry for Australian industry. “I don’t think the energy market has stabilised yet,” he said.

Surging coal prices have also fed into the rising costs. Adbri has a Japanese supplier of clinker, which is used in the cement-making process, and the high cost of coal for that Japanese group in its coal-fired kilns flowed down the line.

Adbri is also facing a tough time as labour shortages worsen across Australia. Mr Miller said the group had 100 positions vacant. The company pulled out $7.5 million in cost savings in the six months ended June 30.

He said the overall business was in a better position than in the past to withstand a period of falling house prices and a more subdued housing market.

The company has repositioned so a larger share of profits comes from the mining and infrastructure sectors. The company predicts lime demand to be robust from alumina, nickel and gold producers.

Adbri also announced on Monday it had hired Dean Jenkins as an independent director. He is a former chief executive of transport and trucking group MaxiTrans.

Adbri has a complex corporate governance framework because of the unusual situation in the boardroom, where Mr Barro is both a major shareholder and also a competitor to Adbri in the cement industry.