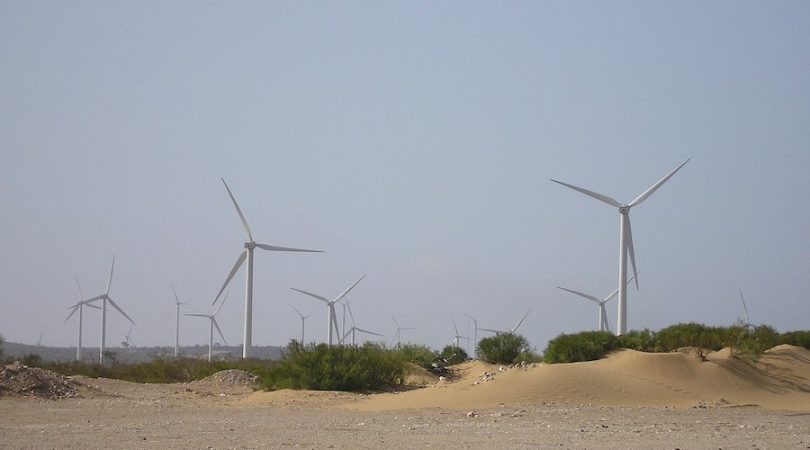 The figures are particularly relevant at a time when the 2022 United Nations Climate Change Conference or Conference of the Parties (COP27) is taking place in Egypt, offering an opportunity to take stock of how far the continent’s energy transition has advanced – and how much work remains to be done.

BNEF’s document states that Africa’s poor results cannot be blamed on any lingering effects of the covid-19 pandemic, particularly when taking into account that while renewables investment globally rose 9% from 2020 to 2021 to reach an all-time high, renewables investment in Africa slipped 35% year-on-year.

“The global transition from fossil fuels to clean energy has the potential to benefit economies and health across Africa,” said Michael R. Bloomberg, UN secretary-general’s special envoy on climate ambition and solutions and founder of Bloomberg LP and Bloomberg Philanthropies. “But as this new report details, clean energy investment in Africa is at an alarmingly low level. Changing that requires new levels of collaboration to identify viable clean energy projects and bring more private financing and public support to them – so we can turn Africa’s potential as a global clean energy leader into reality.”

The study also found that clean energy investment in Africa is highly concentrated in a handful of markets. South Africa, Egypt, Morocco, and Kenya have accounted for nearly three-quarters of all renewable energy asset investment since 2010 with a total of $46 billion. All others have secured just $16 billion over that time.

Looking specifically at solar energy, Africa is now home to just 1.3% of global solar capacity. The existing capacity is 13GW or 5.5% of Africa’s total. South Africa, Egypt and Morocco account for two-thirds of the solar capacity.

Yet, in 2021, as many as 24 countries installed at least 1MW of solar – a new high following five years of stagnation. Solar was also the top technology for new capacity added in 11 countries in the region in 2021, a development attributed to the modular nature of photovoltaics, along with steep equipment price declines over a decade.

Despite the additional installed capacity, Africa continues to lag far behind the rest of the world in achieving the United Nations’ Sustainable Development Goal 7 of having clean, affordable energy for all its citizens.

Among all those lacking access to electricity globally, 77% or 564 million people reside in sub-Saharan Africa, the report points out, citing World Bank sources.

The same data sources show that the rate of new electricity-generating projects added to Africa’s grids has slowed since 2018, with year-on-year installed capacity growth averaging 6.6% annually from 2011 to 2018, but only 3.8% over the 2019-2021 period.

In the view of BNEF’s experts, Africa is in a privileged position to take advantage of lowering prices when it comes to clean energy infrastructure, particularly due to its wealth of natural resources. Their research shows that such resources have the potential to be transformative in expanding power-generating capacity and access to electricity on the continent.

“Nevertheless, 75% of Africa’s power needs are met today by coal- and natural gas-fired generation. Hydro continues to play an important role, accounting for 18% of output. Wind and solar are a combined 5%,” the dossier reads. “Africa’s dependence on gas- and coal-fired electricity puts the continent at risk of economic shock when commodity prices fluctuate. At least 28 countries meet at least half of their power demand with fossil fuels, of which 16 rely on fossils for 80% or more of their power.”

Notwithstanding their fossil fuel dependence, countries in the region are praised for having made noteworthy strides to improve their policy regimes with an eye toward attracting funding for clean energy projects. Among the 42 African nations BNEF surveyed for its study, 86% now have long-term clean power targets in force, up from 57% in 2019.

Another positive development noted by the research firm is that net metering policies, which allow owners of distributed solar systems to be compensated for excess generation they feed back into the grid, are in place in 29% of African nations.

Back to the no-so-positive side, BNEF believes that countries have done far less to implement concrete programs to ensure that they meet their long-term clean energy targets. While half the nations surveyed have policies in place to hold reverse auctions for clean power delivery contracts, far fewer have held tenders. Even fewer have successfully brought projects online under such auctions.

“The ingredients are there for Africa to be a major market for clean energy growth, including outstanding natural resources and massive demand,” Luiza Demôro, head of energy transition research at BNEF, said. “But incomplete policy regimes and reluctant investors continue to keep investment levels below where they could and really should be.”