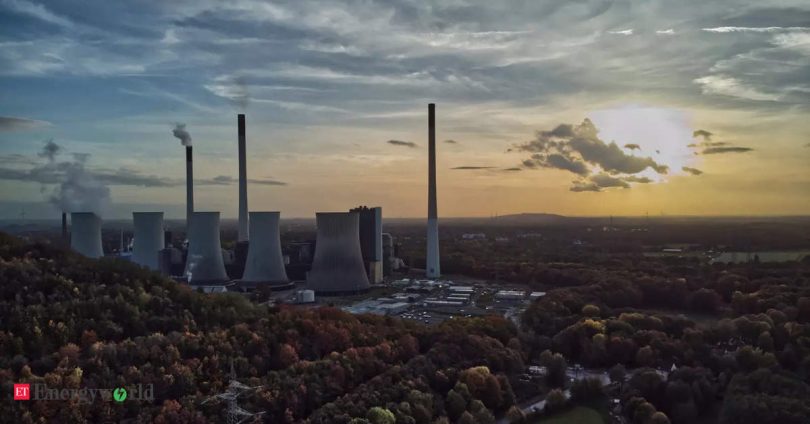 SHARM EL-SHEIK: African nations must be allowed to develop fossil fuel resources to help lift their people out of poverty, governments said at the COP27 climate talks in Egypt, which welcomed leaders of oil and gas companies sidelined at previous talks.

Pressure to leave hydrocarbons in the ground has been weakened this year by the disruption following Russia’s invasion of Ukraine that led to a surge in energy prices and pushed inflation to multi-decade highs.

Even countries with binding commitments to switch to low carbon energy have found their priorities have shifted, at least in the short term and African nations see the potential for new export markets, as well as a chance to end domestic fuel poverty.

“There is a lot of oil and gas companies present at COP because Africa wants to send a message that we are going to develop all of our energy resources for the benefit of our people because our issue is energy poverty,” said Namibia’s petroleum commissioner, Maggy Shino, who works within the country’s Ministry of Mines and Energy.

Echoing comment from other African nations, Shino said wealthy countries had failed to deliver promised funding that would help them to expand clean energy instead of exploiting their fossil fuel resources.

“If you are going to tell us to leave our resources in the ground, then you must be prepared to offer sufficient compensation, but I don’t think anyone has yet come out to make such an offer,” she said.

Early this year, Shell and TotalEnergies had major oil discoveries off the coast of Namibia.

Both companies, as well as BP and Equinor were represented by top executives at the Sharm El-Sheikh event.

Apart from Namibia, countries including Mauritania, Tanzania, and Senegal are working with Western energy companies to develop oil and gas fields for export and to generate electricity for local communities.

Ahmed Vall, communications adviser at Mauritania’s ministry of petroleum, mines and energy, said the country held a signing ceremony with BP on the sidelines of COP27 earlier in the week for a hydrogen project.

“BP’s CEO Bernard Looney discussed with the president and the minister of energy more exploration for gas in Mauritania,” Vall said, adding the discussion was mostly about hydrogen.

A spokesperson at BP confirmed the CEO’s attendance at the event and said BP was assessing the suitability of the wind and solar resources for large-scale renewable power generation and production of hydrogen from renewable energy.

Chancellor Olaf Scholz of Germany, the European country most exposed to the disruption of Russian gas supplies, in May said it wanted to pursue gas projects with Senegal.

Germany’s climate envoy Jennifer Morgan said, however, the race to replace missing gas from Russia would lead the overall use of gas to peak earlier than previously foreseen and that gas supply contracts would be short term to avoid locking in years of carbon emissions.

Saying Germany was prioritising clean energy, she also cited a German deal to help fund Kenya’s efforts to have a fully-renewable energy system by 2030.

WARMER TIES WITH OIL AND GAS

Government officials and executives said the interest of Egypt, host to the UN climate summit, in developing its resources had led to a thawing in attitudes towards oil and gas companies.

The United Arab Emirates, a member of the Organization of the Petroleum Exporting Countries, will host next year’s UN summit and has said it will supply oil and gas for as long as the world needs it.

At last year’s UN climate summit in Glasgow, the oil and gas industry’s leaders were conspicuous by their absence after companies did not meet criteria set by the British organisers that required science-based plans for emissions reductions.

Scientists and other energy experts have said investment in fossil fuel must cease if there is any chance of limiting global warming to 1.5 degrees Celsius, the point beyond which climate impacts are expected to worsen significantly.

Gas projects already planned by countries could take up 10 per cent of the world’s remaining carbon budget, or the amount of carbon dioxide that can be emitted before global temperatures exceed 1.5C above pre-industrial temperatures, the research collaboration Climate Action Tracker said in a new analysis.

Some 636 fossil fuel lobbyists were registered to attend COP27, another report from a group of organisations that analysed the UN’s provisional list of attendees found. The organisations include Corporate Accountability, Corporate Europe Observatory, and Global Witness.

For daily comprehensive coverage on COP27 in your inbox, sign up for the Reuters Sustainable Switch newsletter here