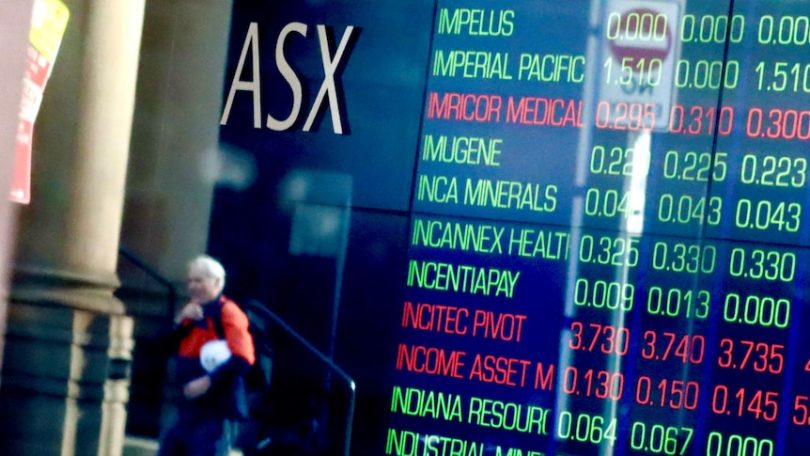 For the past six months, it’s been all action and precious little talk.

Last week, however, that all changed. After being forced to play catch-up in the “war on inflation”, our central banking masters have subtly switched course.

And once again, the shift was pioneered by Australia. A month back, Reserve Bank boss Phillip Lowe sparked a rally on global stock markets when he throttled back on the pace of interest rate rises from 0.5 percentage points back to 0.25, the first major central bank to do so.

They’ve been desperately seeking any sign of a let-up in the brutal round of rate hikes, and Australia delivered just that.

A few weeks later, the all-powerful American central bank, the US Federal Reserve, quietly let slip that it too was considering the same, possibly early in the New Year. Then, the Bank of Canada jumped on the bandwagon, cutting its rate hikes in half.

After a year of turmoil, the combination was enough to send a wave of jubilation through financial markets. Stocks, bonds and currencies all momentarily settled, even lurched into gear.

“Are we nearly there yet?” they all wondered.

A few pundits picked up on the trend, marvelling at just how much in lock-step global central banks had become. Not only were they all raising rates simultaneously, they all seemed to be employing exactly the same tactics in the wind-down.

Doing one thing, saying another

Last week, a new element crept into the playbook. On each occasion, sometimes within hours of the official announcements, each of the heads of these institutions contradicted themselves about what may lie ahead.

Having delivered hope in written statements that the peak was nearing, they each then went public with warnings of dire times ahead and even sharper interest rate rises, trampling any confidence of a potential let up.

In Hobart on Tuesday night, Dr Lowe warned his audience not to be fooled into thinking the bank would not return to super-sized hikes if needed. And he warned that inflation and rates could rise even further than current predictions.

On cue on Wednesday, US Fed boss Jerome Powell quickly snuffed out a rally on Wall Street, sparked by wording in the Fed’s statement that indicated it may begin to scale back its aggressive hikes, when he kyboshed any notion of tapering the hikes in an accompanying press conference.

A few hours earlier, Bank of Canada chief Tiff Macklem delivered a speech where he warned super-sized hikes could return just hours after he’d binned them.

So what’s with all the confusion?

There’s no confusion at all. It’s just that our monetary masters have all reached for the psychology textbooks.

It’s generally believed that central banks have just one weapon at their disposal; interest rates.

That’s not really true. They have another, almost equally powerful, tool. It’s called the Jawbone.

It’s a well-known phenomenon that the threat of doing something, in this case raising interest rates well beyond forecasts, is almost as effective as actually doing it.

If everyone thinks super-sized rates will return, they’ll behave accordingly, cutting back on spending, just as they would if rates did actually rise at that speed. The expectations end up become self-fulfilling.

Global central bankers wouldn’t be getting a hell of a lot of sleep these days. The race to jack up rates has been one of the fastest on record. And the more it goes on, the greater the risk they could overdo it and tip the entire world into a deep recession.

Mindful that could create an even bigger problem than the current bout of inflation, most are reluctant to push too much harder at this stage as we have yet to feel the full impact of the action they’ve already taken.

There’s no hard and fast rule but interest rate hikes can take up to a year before they completely filter through the system. That’s a long time to be flying blind.

It’s called the lag and it works like this. A rate hike first impacts money markets, stock markets and currency markets, before filtering through to higher consumer interest rates.

That puts the brakes on consumer spending which causes a slowdown in sales. Businesses then react by cutting investment and hiring less workers, causing a rise in unemployment. At that point, you run the risk of the whole thing snowballing as inflation drops and the economy contracts.

Bear in mind, we’ve had the equivalent of 11 rate hikes in just 7 months. The effects already have begun to filter through in the data, if not in inflation just yet.

This graph shows just how quickly the savings buffer built up by Australians during the pandemic has begun to evaporate.

The savings buffer has been often cited by Dr Lowe as a key reason why we’ll all just sail through the rate hikes. Retail sales, while hugely up on the same time last year, already have begun to slip and unless the RBA starts to show some restraint, it could end up tanking the economy.

With worries of a global recession – which some see as inevitable – central banks now are looking to put away the jackhammer and instead use the imaginary sledgehammer; to use the fear of further super-sized hikes as a way to cool the economy without actually inflicting the pain.

The inflation we nurtured

A few hours after pumping interest rates higher, albeit at a lower pace, last Tuesday, Dr Lowe reached for the Jawbone.

Inflation, he said, was a scourge.

“High inflation devalues your savings,” he told the assembled throng in Hobart.

“It worsens inequality in our society and it undermines our living standards. It hurts us all by impairing the functioning of our economy.

“It is for these reasons that the Reserve Bank Board will make sure that this episode of high inflation is only temporary.”

True enough. But high inflation hasn’t always been seen as a scourge. In fact, for most of this century, the RBA and almost every other central bank has deliberately fuelled rampant inflation.

They may have kept an eagle eye on the price of consumer goods like fruit, vegetables and refrigerators. But when it came to things like houses, stock markets and other assets, they were more than happy to just let it rip.

Check out the graph below. Consumer inflation at an annualised 7.3 per cent is considered, not just a problem but an evil. Australian housing, however, has been inflating at around that level for most of the past decade with nary a concern. The most recent spike, during the pandemic, peaked at around 25 per cent.

Far from being a catastrophe requiring a war footing, central banks including our own, embraced and nurtured it.

They’ve happily pointed to the “wealth effect” of rising real estate values, arguing that consumers with ever inflating housing values will spend more and keep the economy growing.

The same goes for stock markets. Central banks for the past 30 years have ridden to the rescue each time stocks shudder, slashing interest rates and pumping trillions of dollars into the global economy to ensure investors are spared any pain.

Here’s a chart of Wall Street’s performance since the Global Financial Crisis. The Dow Jones Industrial Average has trebled in little over a decade.

Again, there was precious little concern about the soaring value of stocks. It was, instead, a cause for celebration, And rarely was there any mention about the debilitating impact of rising social inequality.

If your forebears didn’t leave you a house or you only earned enough to barely scrape by, let alone build a share portfolio, the past few decades of unfettered asset price inflation would have left you way behind in the wealth stakes.

Now the shoe is on the other foot. The price of everyday goods has taken off and higher interest rates are hammering asset prices, creating a “negative wealth effect” with a feedback loop that will hit spending and the economy.

For the moment, the US Fed, the RBA and every other developed nation have cut loose home-owners and stock markets as they battle to control consumer price inflation.

But for how much longer?

Rates will continue to rise, but at a likely far slower pace as the Jawbone starts working overtime.