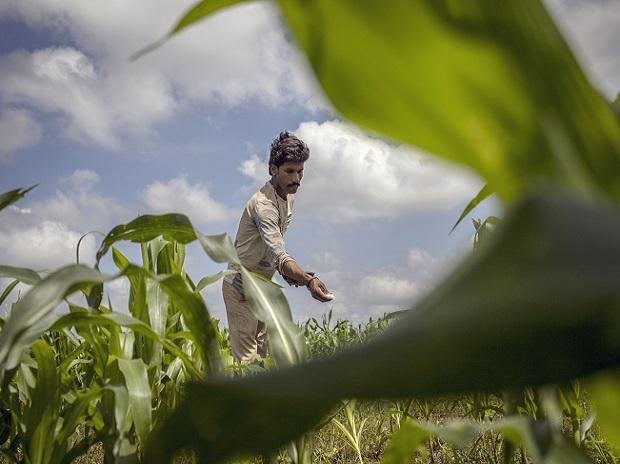 
“Agriculture growth of 4.6 per cent should be viewed with caution as it is only early kharif harvest that would get included. The allied sectors are more likely to have pushed up this growth rate,” said Madan Sabnavis, chief economist at Bank of Baroda, in a note.


He said the high growth may not be due to residual impact of a good rabi harvest. This is because its impact is typically felt in the first and fourth quarters of any financial year.


Gross value added (GVA) for agriculture, forestry and fishing during the comparable period of last year was 3.2 per cent. The long-term average growth for agriculture and allied sectors is 3.5-4 per cent.


What was also noteworthy was the growth at current prices.


It remained at a high of 15 per cent, marginally less than the previous quarter but much higher than 6.9 per cent of the corresponding quarter last year.


This translates into an inflation impact of 10.4 per cent, a tad lower than the 12.9 per cent of the previous quarter. This is sometimes used as a proxy for measuring farmers’ income by a few economists. But as the prices of farm products rose, so did the price of inputs such as fertilisers and seeds. This would have wiped off the gains from high inflation in agriculture products.


According to the first advance estimates for 2022-23 (July-June), production of rice in the kharif season is expected to be almost 6.05 per cent less than the same period last year at 104.99 million tonnes.


Rice production in the 2021-22 kharif season was a record 111.76 million tonnes. If the numbers hold firm, then this will be the lowest rice production during kharif since the 2020-21 crop year.


Production is expected to be down due to drought-like conditions in the main growing regions of UP, Bihar, Jharkhand and West Bengal.


In other kharif crops, according to the first estimates, production of pulses is projected at 8.37 million tonnes — the same as last year. Oilseeds output is estimated at 23.57 million tonnes, which is 1.29 per cent down from 23.88 million tonnes during last kharif.


Sugarcane production is projected at 465.04 million tonnes. This is 7.69 per cent more than the 431.81 million tonnes produced last year.