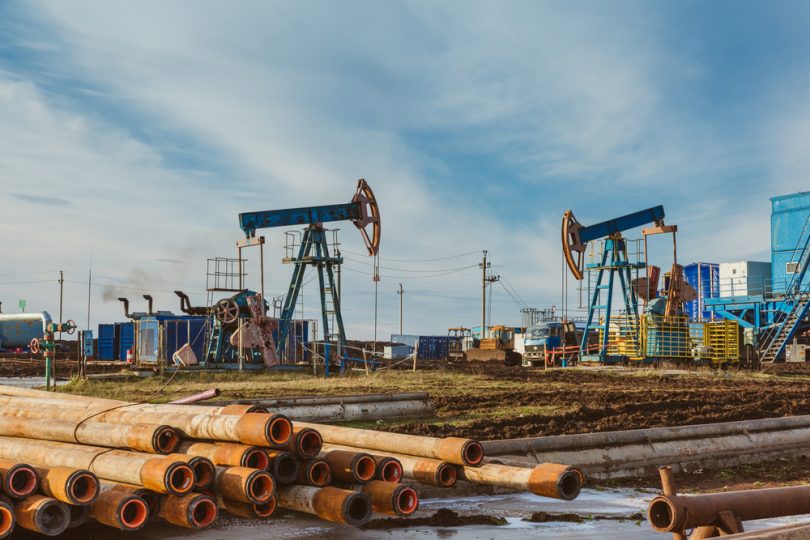 Oil and gas explorer Block Energy (LON: BLOE) has commenced drilling on the JSR-01DEEP well in Georgia. The target is an undrained part of the Middle Eocene reservoir. This is the first in a series of wells. This news was enough to make Block Energy the best performer of the day on AIM, with an 18% jump to 1.8p.

Nine of the top ten best performers on AIM today are involved in oil and gas. The shutdown of the Nordstream pipeline has caused concern about gas supply, while the oil price has fallen, and this may lead to a reduction in OPEC production. Potential lifting of restrictions on oil and gas exploration, including fracking, in the UK is behind the rises in Egdon Resources (LON: EDR), up 16.1% to 8.125p, Angus Energy (LON: ANGS), ahead 12.2% to 2.75p, and IGas (LON: IGAS), up 16.9% to 96p.

Interim results from Surface Transforms (LON: SCE) were in line with expectations and the carbon fibre brake discs developer could breakeven in 2022. Interim revenues were 140% ahead at £2.9m. Increased volume expectations for two contracts mean that the 2023 pre-tax profit forecast has been more than doubled to £2.4m and 2024 raised by one-fifth to £6.8m. The contracted order book is worth £190m. Working capital requirements mean that Surface Transforms could fall into net debt in 2023 before an upsurge in cash generation in 2024. The shares rose 5.56% to 47.5p.

Itaconix (LON: ITX) and Croda have renewed their odour control ingredients supply agreement, adding an additional product. The plant-based polymers developer supplies ZINADOR products to Croda, which has secured initial customers for them. The Itaconix share price is 5.15% higher at 5.1p.

Two recent contract wins in the US by 1Spatial (LON: SPA) has boosted the share price of the geospatial data services provider by 5.13% to 41p. A seven-year contract worth $1.2m has been won with the state of Arkansas for 1Spatial’s 911 geospatial service. This is the eighth state that has been gained for this service. The other contract has been awarded by a buying collaboration between 18 states and is worth $400,000 just in Massachusetts. It involves merging data assets into one database. If secured, deals with all 18 states could be worth up to $15m over eight years. Edison believes there is potential upside in its 2022-23 forecast operating profit of £2m.

Clontarf Energy (LON: CLON) is bucking the trend among the AIM oil and gas companies and the shares have dived by nearly one-third to 0.0825p. However, they have not lost all the recent gains even though management says it does not know why the share price rose. Clontarf Energy is assessing its block on the North Western Shelf in Australia, where it has a 10% working interest. In Ghana, there are talks concerning the completion of delayed ratifications of signed petroleum agreements that will enable exploration in Tano Basin. A reason for the recent share price rise may be the move into lithium exploration in Bolivia, where there is an agreement in principle for a joint venture to test brines in medium-sized salt lakes.

Shares in Seed Innovations Ltd (LON: SEED) have fallen 7.46% to 3.1p following last Friday’s portfolio valuation update showing a decline in NAV from £20.5m to £17.8m at the end of August 2022. The main reasons for the fall were the investments in 43.49% owned Leap Gaming, which had been hoping to float, and ASX-listed Little Green Pharma, whose share price has fallen by 37%. Seed Innovations will make a presentation at its AGM, and it will be broadcast via the Investor Meet Company platform.