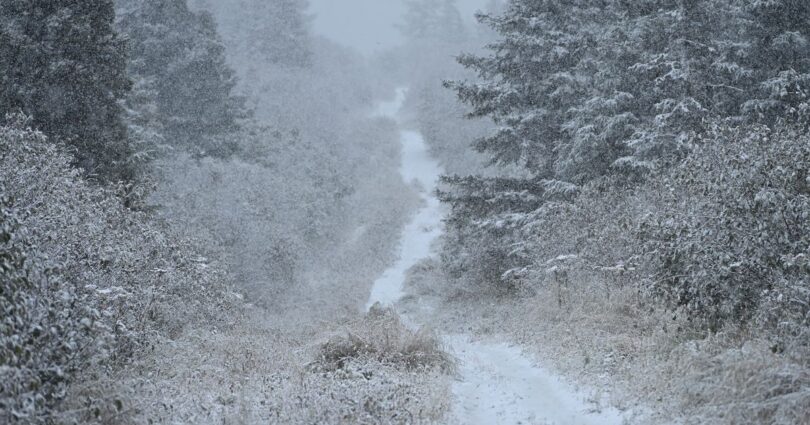 The Anchorage School District has closed all schools for Friday as snowfall makes roads slippery.

“A decision to cancel after-school activities will be made no later than 12 p.m.,” the district added in an early morning tweet.

Due to weather and icy road conditions, all ASD schools will be closed today – Friday, Sept. 24. A decision to cancel after-school activities will be made no later than 12 p.m.

Please be safe in the inclement conditions.

Up to a foot of snow is possible through Friday morning at higher elevations, the National Weather Service said.

The weather service is forecasting that the most snow is expected to fall on the Anchorage Hillside, where there’s a possibility of 6 to 12 inches, said meteorologist Adam Przepiora. Snow had already started falling around 2:30 p.m. Thursday. Przepiora said the storm system was moving into the Anchorage area from east to west.

The Anchorage Bowl is expected to see much less snow than the Hillside, with up to 4 inches possible in East Anchorage and Eagle River, according to the National Weather Service. Little to no accumulation is expected in West Anchorage.

Road temperatures are still warm, but Przepiora said some wet snow may still accumulate, causing or slippery conditions. Driving conditions along the Glenn Highway and in East Anchorage may be more dangerous during the morning commute, Przepiora said.

“It is early, so a lot of people don’t have snow tires on yet,” he said, and he urged caution on the roadways.

Citing snow in the forecast, the municipality of Anchorage this week announced that residents can drive with studded tires eight days early this year, starting Thursday.

The earliest date with at least an inch of snow recorded at the weather service office near Ted Stevens Anchorage International Airport in West Anchorage was Sept. 24, 1981, Przeporia said.