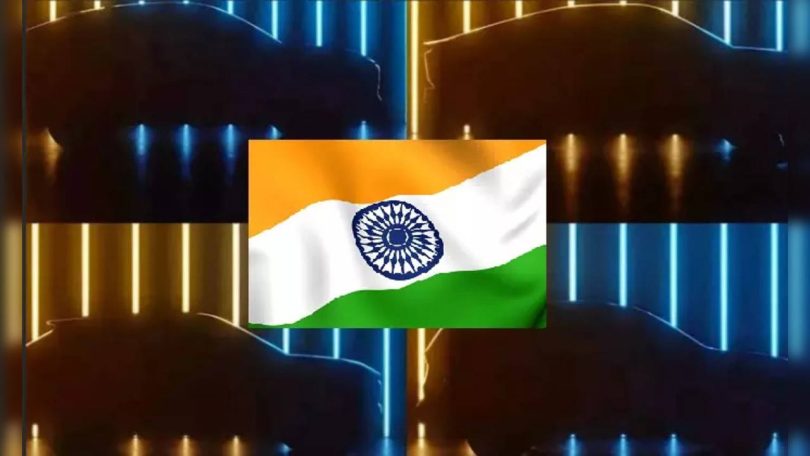 The new ‘Born Electric Vision’ -range from Mahindra is slated to break cover tomorrow on India’s 75th Independence Day. The company will be showcasing the entire range at a private event to be held in the company’s research facility – Mahindra Advanced Design Europe (MADE) studio in Oxfordshire, UK.
The new Born Electric Vision models from Mahindra are likely to include close to five electric concepts which will be the brand’s honest attempt to make up for the lost grounds in the electric vehicle landscape in India which is currently dominated by Tata Motors. One of the most prominent models likely to be showcased by the company tomorrow will include the near-production-ready electric XUV700 which is also rumoured to be called the XUV800.
(Also Read: Mahindra Scorpio Classic makes official debut)

In the latest developments, nameplates of the upcoming electric SUVs from Mahindra have also leaked online via trademark filing. As per the leaked documents, the company’s new SUVs will follow the XUV-e nameplates with the pattern – XUV-e1, XUV-e2, XUV-e3, XUV-e5, XUV-e6, XUV-e7, XUV-e8 and XUV-e9. Hawk-eyed readers would notice that XUV-e4 isn’t part of the list which is missed out from the leaked list yet but might be added later on. However, it is evident from the leaks that the company will make use of the ‘XUV’ brand image to nurture its future electric vehicle range.

What’s worth mentioning at this point is that the company will be sourcing battery cell technology from Volkswagen as both companies joined forces earlier this year for component sharing for EVs. This could benefit the XUV800 project as the prismatic cells will be sourced straight from Volkswagen’s plant in Salzgitter, Germany. Apart from this, the company will make the rest of the electrical components locally in its Chakan (Maharashtra) plant.

More details will be revealed tomorrow.