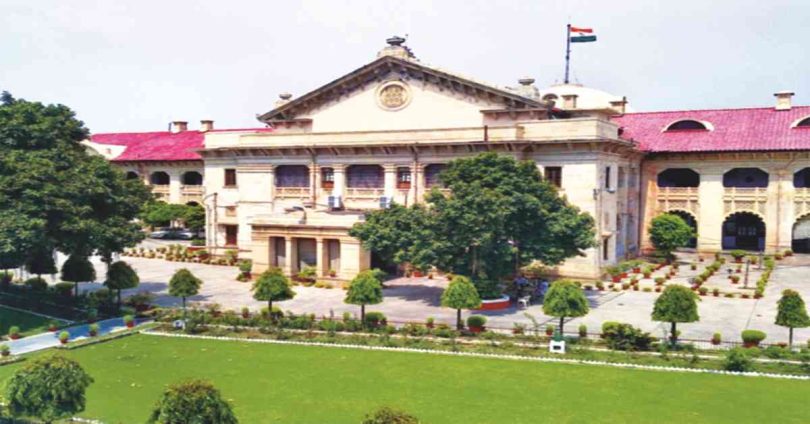 The Allahabad High Court has issued a bailable warrant against the Director General Medical Education & Training, Lucknow, to appear in person before the court on the date fixed for framing of charges against her.

The Single-Judge Bench of Justice Piyush Agrawal considered non-compliance of the order despite giving time as willful disobedience of the order and said that prima facie a contempt case was made out.

The High Court passed this order, while hearing a Contempt application filed by Jaya Dueby.

“In so far as the compensation for preventing the petitioner from pursuing her education is concerned, Chandra Shekhar Singh, counsel for the State has submitted that the illegality which has crept in while passing the order dated 24.12.2020, the same was done under some misconceived notions and misunderstanding of the notification issued by the Medical Council of India. We hereby set aside the decision so taken and the consequential order as well. For passing the order we, owing a duty to the cause of justice, simply wish to put on record that in the normal course, the petitioner was rightly classified as a physically disabled candidate by the competent authority on being found to be about 40 percent visually impaired. The notified institution found the petitioner’s visual impairment to the extent of 30 percent with the aid of an assistive device. Thus both the criterion for horizontal reservation as well as eligibility for admission to medical courses are met with. The eligibility for reservation and suitability for admission with the aid of assistive devices are two different criteria which the petitioner has met with as per law.

At this stage, it is prayed by the State that the Court may not award compensation in the present case where the State having realized the mistake shall make an earnest effort to accommodate the petitioner’s candidature and restitute the claim for admission to MBBS course in terms of the allotment already made.

Having regard to the assurance as above, we take a lenient view and exempt the imposition of compensation and direct the opposite parties to pass necessary orders for restitution of the petitioner’s claim for her education in the University from the effective date of Academic Session 2022-23 i.e 1st July, 2022.

In the event of non compliance of this order, we leave it open for the petitioner to file an appropriate application before the Court so that necessary orders may be passed in accordance with law.

The writ petition is accordingly allowed.

This judgment may not be treated to be precedent for the reason that the case at hand pertains to a physically disabled candidate.”

The Court on 03.11.2022, while issuing notice to the opposite party, has granted one month’s time to comply with the writ court’s order and to file compliance affidavit else charges may be framed.

In view of the above, the Court is left with no option but to proceed with the matter. A prima facie case for contempt is made out against the opposite party, the Court said.

“Let bailable warrant be issued to the opposite party i.e Shruti Singh, I.A.S, Director General Medical Education & Training, Lucknow, who shall appear in person on the date fixed for framing of charges. The Director General of Police, Lucknow shall serve the copy of bailable warrant upon the opposite party within ten days from today and file his personal affidavit within next one week for compliance of this order.

The Director General of Police, Lucknow shall further ensure the presence of the opposite party on the next date fixed in the matter before the Court”, the Court ordered.

The Court has fixed the next hearing of the petition on January 30, 2023.