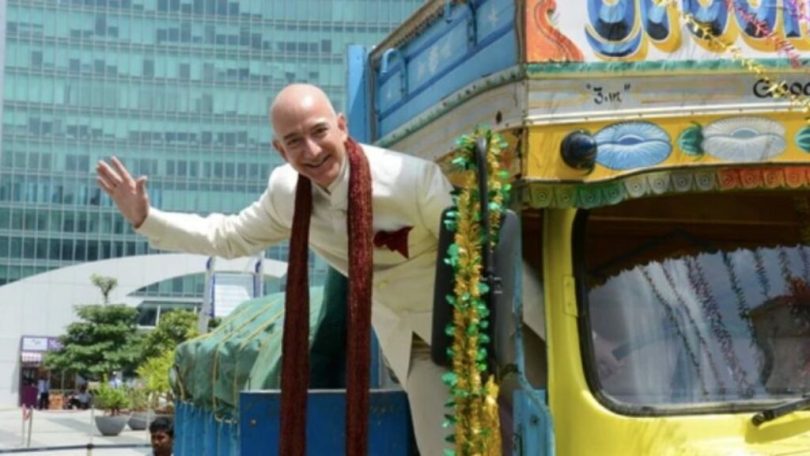 Pune’s labour commissioner’s office has sent a notice to Amazon over its announcement of layoffs in India.

It has called for a meeting on January 17 over the sackings as well as the so-called Voluntary Separation Program.

The notice issued by the Assistant Labour Commissioner in Pune reads: “….it is hereby informed that a joint meeting has to be held in front of the undersigned in his hall on 17/01/2023 at 03:00 PM regarding the lay-off of workers in your establishment/factory.”

Representatives of the management and trade union should be present with the necessary documents and records as well as the power of attorney, the notice said.

In November 2022, Amazon offered a “voluntary separation” offer to some Indian employees in the Amazonian Experience and Technology team.

“As a first step, we are giving employees an opportunity to volunteer for the severance programme,” it said.

Employees from entry to senior level (L1 to L7) were eligible for it.

Those who took it up were offered a lump sum severance equivalent to 22 weeks base pay, one week base salary for every six months of services up to a maximum of 20 weeks, medical insurance for six months and notice period or pay in lieu of it.

The notice was issued in cognizance of a complaint by the Nascent Information Technology Employees Senate (NITES), which termed the Voluntary Separation Policy as illegal.

NITES is an NGO which acts as an advocate for the welfare of IT/ITES and its related sector employees.

In a statement, NITES president Harpreet Singh Saluja said the livelihood of thousands of employees and their families has now been made vulnerable.

As per the procedure laid down in the Industrial Dispute Act, the employer cannot, without prior permission from the appropriate government, lay off an employee featuring on the muster rolls of the establishment, he said.

“It is pertinent to note that a worker who has served for at least a year of continuous service cannot be retrenched unless served a notice three months in advance and prior permission from the appropriate government.

The said application has to be submitted by the employer along with the reasons for such retrenchment.

The said application shall be taken into consideration and scrutinized through an inquiry.

However Amazon has clearly violated the existing provisions of Indian labour laws, which aim at protecting the worker’s right.

The voluntary separation policy implemented was never submitted to the Labour Ministry for review which is a violation of existing Labour laws.

We will continue to fight for the rights of aggrieved employees who were unethically forced to opt for Voluntary Separation Policy & were laid-off illegally.”, read his statement.

Amazon has also appeared in front of the deputy chief labour commissioner in Bengaluru over the same issue and reportedly told the official it was voluntary to opt for the programme and no one was sacked.

Last week, Amazon CEO Andy Jassy said some employees had been offered the VSP and added that overall, 18,000 roles would be eliminated across the company.

Impacted employees will be informed from January 18 onwards.