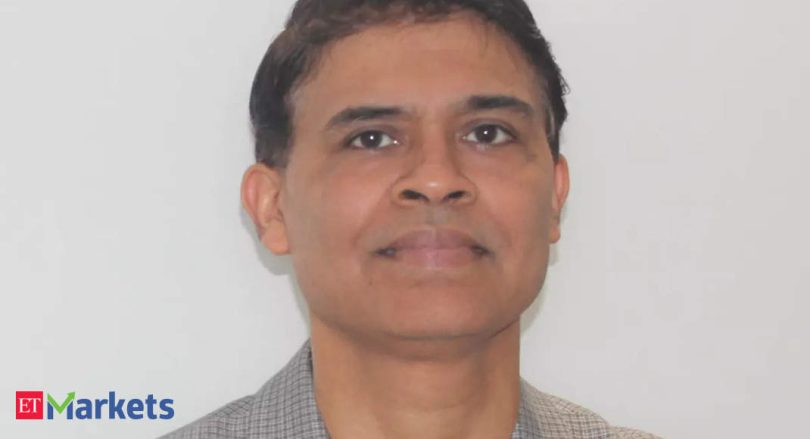 “We see a case for a 12-15% upside within the pharma pack, we like names like and Dr Reddy’s and we think that though it was out of favour and there were bits of negative news on the pricing front in the US, overall at current price point, some of these names, particularly Sun Pharma, offers a great risk reward,” says Hemang Jani, Equity Strategist & Senior Group VP, MOFSL.

After Adani Group picked up stake in Ambuja and and became the second largest cement player, a lot of talk has been about how much more consolidation there could be in the cement pack and stock prices of the smaller companies have been jumping up quite a bit. What is your take on the cement sector?
We have seen a dramatic turnaround in the sentiment towards the cement sector given this development wherein a) there was an acquisition followed by open offer and post that, additional infusion in the company and the kind of aggressive plans that Adani Group has to take the capacity to almost about 140 million tonnes from almost about 65 odd million tonnes means that eventually the company would have to put in place both the inorganic acquisition as well as the organic one and that is why we are seeing renewed action across some of the names.

We have to understand that this is not an action which is based on the immediate few quarters pricing trends or the profitability trend. It is more about which company could be the possible acquisition targets and what sort of replacement value they will get when that happens. I am not too comfortable entering into some of these names which have run up like India Cement, Sanghi and a whole host of other companies.

But I do think that if we see any minor correction in the names like Ambuja, that would be a good entry because having seen this kind of capital infusion and the expansion plans because of a huge amount of interest in this name both from institutional investors as well as retail, another 5-10% correction in Ambuja would be a good entry point for short and long-term investors.

How are you viewing this space? Some of the pharma names as are coming back to the fore and we are seeing some traction getting built in to the pharma pack. In the healthcare space, where does your preference lie?
It is good that we are finally seeing some action in healthcare and pharma names because the entire focus was more on the domestic oriented banks and cement and auto and so on. Within healthcare,

is something we have been liking a lot and we do think that both in terms of current capacity as well as new capacity which they have added, the core healthcare part they are doing pretty well with two-three other verticals.

We see a case for a 12-15% upside over there and within the pharma pack, we like names like Sun Pharma and Dr Reddy’s and we think that though it was out of favour and there were bits of negative news on the pricing front in the US, overall at current price point, some of these names, particularly Sun Pharma, offers a great risk reward.

What is your view on the news of M&M and acquiring shares of Swaraj Engines from at a price of about Rs 1400, which is close to a 17.5% discount?
The Mahindra Group has a substantial stake over there and they are trying to buy out the balance stake. It is going to be a small thing from an overall M&M perspective and we have been liking the stock for a while and recently in our AGIC conference, the CEO had made a very nice presentation about overall growth plans, capex and allocation of capital. We like the name and we do think that it offers a good upside potential from the current price point.

Indian shoe market penetration stands at a meagre 2%. Global giants like Nike do not even manufacture their own shoes. It is all outsourced. What could be the potential of the shoe market in particular is Metro poised to cash in on that?
It is interesting that the average penetration is less than two pairs and nowadays we see people having multiple pairs for formal, semi formal, party and your normal fitness related option. The market is dominated by foreign brands like Nike, Adidas, Sketchers and so on and so forth.

Some of the companies like Campus and Metro both have done a great job in terms of creating good brands and manufacturing as a solution for themselves. They have emerged very strong post Covid. We do think that because of the kind of potential which exists both in terms of tier-2, tier-3 and the metros, some of these companies will stand to benefit.

For both Campus and Metro, we are looking at about 20-25% kind of growth in terms of stock price and about 25-30% kind of CAGR over the next two to three years. They present a great opportunity particularly in the midcap space.

Hospital stocks are getting rerated. What is the underlying theme here? What are markets excited about?
A few things; one is that if you look at some of the top hospital chains it takes a little bit of time for them to come to a certain maturity level when it comes to the revenue and EBITDA level. When you look at

, they have successfully achieved that over the last three to four years.

Apart from that, when you see the occupancy levels and post Covid the kind of awareness and visibility which is there for both before the illness and post illness, there is a definite amount of visibility and traction which is evident in the numbers. Also, some of these companies particularly Apollo has built other businesses be it their pharmacy chain and a whole host of other businesses which could eventually create some sort of value for the shareholders. So I think healthcare as a space is under represented across the country and in the market cap and at some point the top three to four hospital chains will have a significant amount of market cap and we do think that Apollo Hospital presents a great opportunity to participate.