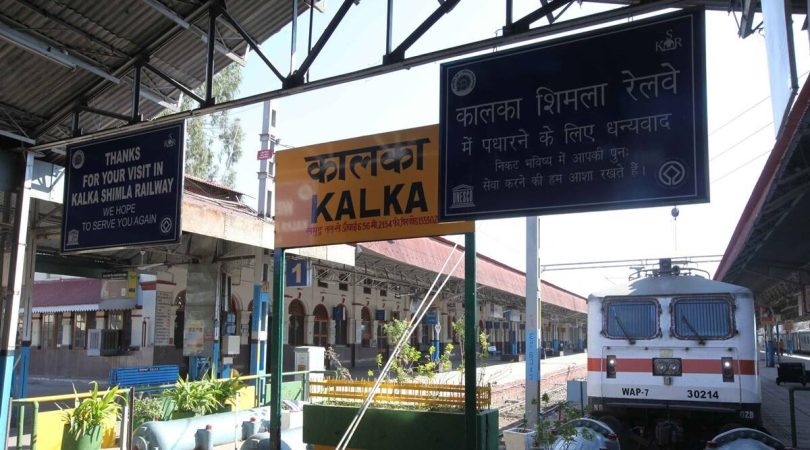 Kalka and Mohali railway stations are among the 15 stations which were shortlisted for modernisation under the ambitious ‘Amrit Bharat Station Scheme’ launched by the Ministry of Railways.

Under the scheme, attempts will be made to club different grades/types of waiting halls and provide good cafeteria/retail facilities as far as possible, high level platforms (760-840 mill meter) will be provided at all categories of stations.

It was stated that station approaches will be improved to ensure smooth access by widening of roads along with removal of unwanted structures, properly designed signages, dedicated pedestrian pathways, well-planned parking areas, improved lighting, etc.

A railway officer said, “The railway stations were selected on the basis of their importance. Kalka station is the only railway station in Panchkula except of Chandimandir station, which is very small in the size. Mohali has also only one station”.

Under the scheme, launched in December last year, the amenities for divyangjan at stations will be as per guidelines issued by Railway Board from time to time.

“At least 15 railway stations under the Ambala Railway Division were selected to be developed under the Amrit Bharat Station Scheme. Other stations include Ambala City, Yamunanagar Jagadhari, Saharanpur, Anandpur Sahib, Sangrur, Rupnagar, Nangal Dam and others. The scheme envisages development of stations on a continuous basis with a long-term vision”, DRM, Ambala, Mandeep Singh Bhatia, said.

Railway officials said, “Though the overall revenue increased, there was a 2.75 per cent decline in the goods revenue during FY 2022-23 up to December when compared to the previous financial year. We found that decreasing in the loading of PFG by 134 rakes, clinker by 11 rakes, de-oiled cake by 5 rakes and fly ash along with lime ash by 18 rakes were reasons behind the decrease in goods revenue”.

DRM, Ambala, Mandeep Singh Bhatia, said, “Efforts are being made to generate more revenue while providing maximum conveniences to the passengers.”