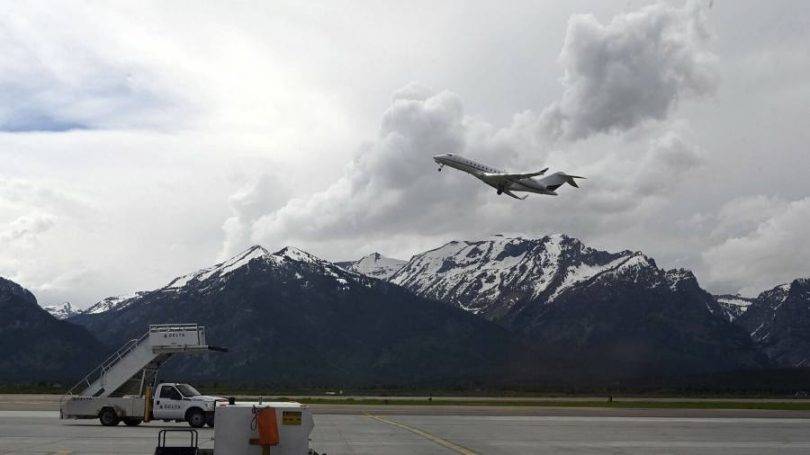 This article is an on-site version of our The Week Ahead newsletter. Sign up here to get the newsletter sent straight to your inbox every Sunday

Hello and welcome to the working week.

Central bankers will be packing their bags ready for a few days in the great outdoors this week. But unlike the rest of us, their annual August getaway — to Wyoming — will be no holiday.

The Jackson Hole Economic Symposium, which starts on Thursday, will be closely watched and for good reason. The beast of inflation has slipped its shackles and is running rampant around the world.

Federal Reserve chair Jay Powell is the symposium’s headline act — he is due to speak on Friday — with the audience keen to hear guidance on the US rate-setting path. His comments are likely to be hawkish given recent data on the US jobs market and views from the Federal Open Market Committee — the July minutes revealed some uncertainty over the strength of US employment, but the committee still advocated a restrictive rate-setting policy to quell price pressures.

The Fed is not alone among central banks in taking an aggressive stance. For instance, read the comments from the Reserve Bank of New Zealand when it raised its rate by 50 basis points last week.

Further clarification appears to be needed for the US markets, however. As my colleagues on Unhedged have noted, traders have not been buying the hawkish line.

The UK’s inflation problems will be brought into focus with the anticipated announcement from energy regulator Ofgem on the new (ie higher) gas and electricity price caps. Sadly for Britons, the indicators are that the pain of the domestic energy crisis has only just begun. There was an ominous sign last week when an Ofgem director quit in protest at the way changes to the energy price gave “too much benefit to companies at the expense of consumers”.

Then there is Ukraine, where this Wednesday will mark six months since Russia’s full-scale invasion, a sombre occasion occurring on the same date as the country’s independence day — and only two days after Russia’s national flag day celebrations.

And the good news coming up this week? Well, the Edinburgh Festival has been back on the streets of the Scottish capital this year and will celebrate a successful return with its traditional closing fireworks ceremony on Sunday — the same day that marks the anniversary of Martin Luther King’s “I Have A Dream” speech. A reminder that we can build a better future.

Thank you for your continued feedback on The Week Ahead. Keep the emails coming to jonathan.moules@ft.com, or hit reply to the email of this newsletter. I am taking a week’s summer break, but The Week Ahead will be back next Sunday with my colleague Jennifer Creery in the writer’s chair.

Last week, I wrote that Japan’s former prime minister Yoshihide Suga would be attending the commemorative ceremony to mark the end of the second world war, when it was, of course, the current prime minister Fumio Kishida. Apologies.

Surveys dominate the data schedule this week, notably the flash purchasing managers’ index reports and a rush of business and consumer confidence measures, giving an indication of relative economic strength across the globe.

The US will also be supplying personal income, durable goods and house sales data, while Japan publishes inflation figures. On Thursday, we will get the minutes from the last European Central Bank monetary policy committee meeting.

There is a post-lockdown theme to financial results this week. For some, such as pandemic darlings Zoom and Delivery Hero, it will about returning to earth as the world of hybrid work settles. Zoom fatigue is a thing, plus a combination of economic slowdown and the opportunity to eat out may temper demand for home deliveries in the coming months.

Others are hoping that things (ie aeroplanes) are taking off again after two years of restrictions. We have a clutch of airlines reporting quarterly figures.

Qantas attracted headlines this month for employing its managers as baggage handlers to relieve chaos at airport terminals. And it seems the flying kangaroo has rediscovered some bounce, forecasting a cut in net debt to about A$4bn ($2.8bn) by the end of the year, while delivering underlying profit growth of about A$500mn in the second half.

Here is a more complete list of what to expect in terms of company reports and economic data this week.

Finally, here is a rundown of other events and milestones this week.

Recommended newsletters for you

Disrupted Times — Documenting the changes in business and the economy between Covid and conflict. Sign up here