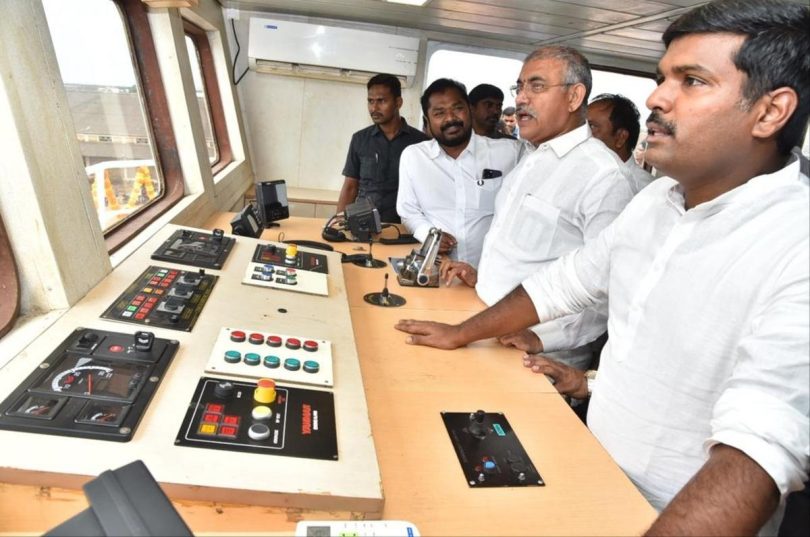 Industries Minister Gudivada Amarnath and other public representatives at anchorage port in Kakinada on Friday.
| Photo Credit: BY ARRANGEMENT Industries Minister Gudivada Amarnath and other public representatives at the anchorage port in Kakinada on Friday.
| Photo Credit:
BY ARRANGEMENT

The modernisation works, under the Sagarmala programme, are expected to be completed within 12 months to increase the annual cargo handling capacity from 4 to 5 million tonnes.

“The modernisation of the anchorage port will provide additional employment to over 5,000 locals. At present, at least 30,000 people depend on the port operations both directly and indirectly,” Mr. Amarnath said.

A 90 metre new Wharf-1 and 110 metre Wharf-2 would be constructed for the mechanical handling. The five loading points for manual operations will be constructed under the project.

The groynes and revetments of the 2.5- metre-depth of the commercial canal will be repaired and the canal will be dredged between the sea and the port for navigational depth.

“There has been a question on the future of the anchorage port. The modernisation will bring the glory of the port back within a year with a thriving maritime trade activity”, said Mr. Amarnath. The workers of the anchorage port submitted their grievances during the interaction.