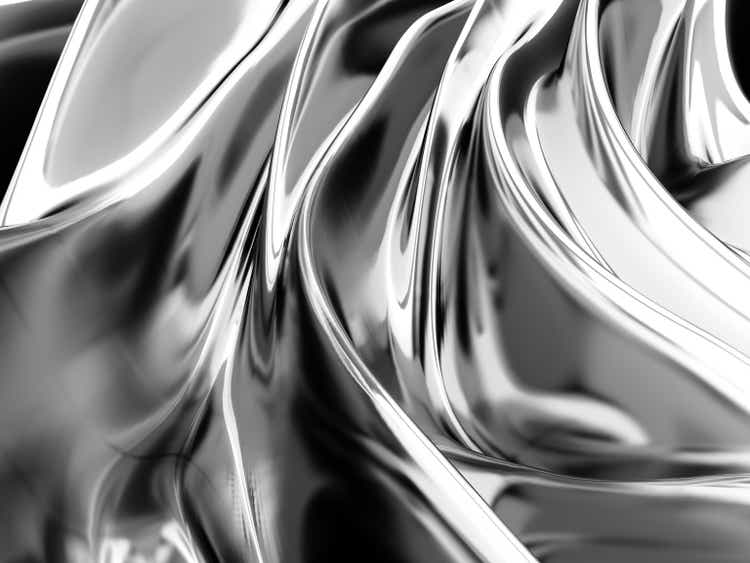 Anglo American Platinum Limited (OTCPK:ANGPY) (OTCPK:AGPPY) (OTCPK:AGPPF) was one of our most successful investments of the year, and a prescient pick in immediate response to the Russian invasion. However, with interest rate hikes coming, the commodity cycle, like every cycle eventually must, will come down. While there’s a secular renewable thesis to ANGPY, key factors are on the downtrend related to China and consumer durables, and it is best put to rest for the time being.

The Fed is moving ahead with a 75 bps rate hike, which was on the relatively higher end of the range expected. Inflation is clearly not going to be easily accepted by monetary authorities, and commodity prices that have buoyed on the good boom are going to have to come down as interest rate hikes eat into disposable income and the service economy recovers.

Recession is now the flavor of the day, and while we believe several factors mitigate its severity, certain products are going to see some major hits. Consumer durables are typically the first to suffer. With supply chain issues but also a fade-out of pent-up demand for automobiles hitting automotive sales even ahead of the rate hikes, consumer durables are not a category we’d be too excited about, especially cars which are usually debt financed. With newbuild volumes being an important factor for PGM (platinum group metals) demand in autocatalysts, a key PGM market, especially for non-platinum PGMs, is going to suffer substantially.

One of the key issues for cars in particular is China. The lockdowns in China are lasting awhile, as the population’s vaccine hesitancy but also earlier cycle of reopening has set it up for quite serious infection rates. China’s mobility shutdown affects PGM factors through two mechanisms.

The first is that rising emission standard expectations were a boost for PGM prices, where China lags the rest of the world and would be in the process of catching up. The second is, of course, that Chinese automotive demand is quite substantial. With the added fact that China had experienced some credit throttling as a consequence of the situation with the housing market, therefore impacting car financing, things are further worsened, and lack of Chinese demand becomes relevant.

The basket price for ANGPY’s PGMs was up 22% as of the year end, reflecting of course the fact that the price of PGMs starting growing throughout 2021 still are floating at high prices now.

With palladium prices have retreated from invasion-level highs, we are dealing with realized prices that are probably similar to what was realized as of the FY report. So, realized prices are still on average ahead of FY 2021.

While volumes also contributed to performance, and mine extensions keep current assets highly active, a reversal in price will have a serious impact on an EBITDA that has grown more than 100% YoY. With dividend distributions being paid out of earnings at a relatively fixed proportion, those will certainly fall as well if EBITDA does.

The secular thesis still stands for PGMs, which is that in order to transport, detect, store and produce energy from hydrogen, large amounts of these commodities will be required. The question is, how much hydrogen construction is there going to be? Renewables have taken a massive credibility hit now that consumers are feeling the sting of an underinvested oil industry. Moreover, many of the hydrogen projects in Europe depend on regulated utilities getting approvals for projects from governments. With higher rates meaning sharper remuneration rates as well on regulated asset bases, governments might be more stringent with support of these projects, especially if, at the EU level, commitments to these initiatives change.

Nonetheless, ANGPY still benefits from being a stealth renewable play where most hydrogen these trade at massive premiums. Moreover, the 20% of the world’s supply of PGMs coming from Russia is no longer part of the western trading bloc, so a certain amount of permanent commodity price increases are to be expected. The situation is not disastrous, but, with everything working in cycles, we’d like to take direct commodity exposure off the table and instead bet on the much-needed service and mobility recovery, rather than a waning goods cycle.