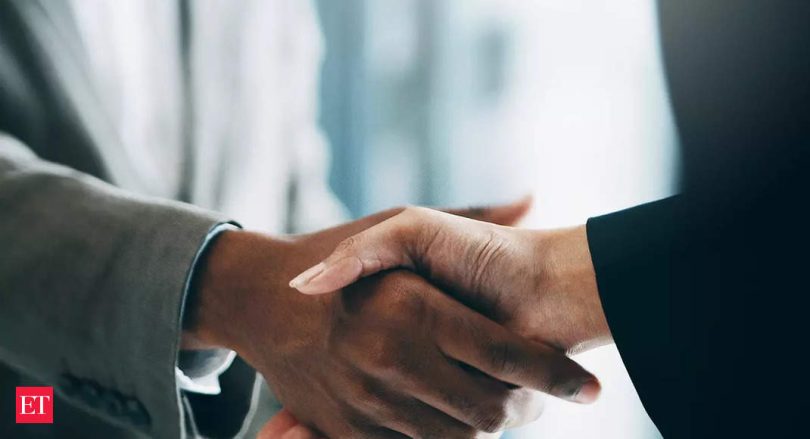 Apax Partners, TA Associates and the Carlyle Group are the three private equity contenders shortlisted after an initial screening of non-binding bids to acquire a significant minority stake in Singapore-based engineering outsourcing firm Quest Global Services, people aware of the development told ET. The deal value could be in the $800 million to $1 billion range.

One more global private equity fund might also make the cut as existing investors Advent International and Bain Capital, which together own around 33% of the company, are looking to monetise their five-year-old investment. Singapore’s investment firm GIC, which owns a small 2-3% stake in the company, may also sell its stake, the sources mentioned above said.

There will also be primary capital infusion into the company.

The contenders were shortlisted late last week and through the weekend after several contenders, including sovereign fund ADIA and TPG, also submitted their offers.

The detailed diligence process is expected to begin shortly.

Quest was founded by former General Electric Co engineer Ajit Prabhu and Aravind Melligeri in 1997. It considers Pratt &Whitney, Rolls Royce, BMW, Airbus and GE among its past and current clients. With operations spread across 17 countries and 56 global delivery centers, the company specialises in aerospace & defense, automotive, energy, hi-tech, healthcare, medical devices, rail and semiconductor industries. Prabhu remains the largest and controlling shareholder with close to 50% stake in the company.

The sellers expect a $3-billion valuation but the business, having lost some key clients such as Apple and Rolls Royce, might see a deal at a $2.3-$2.5 billion valuation, meaning a $800-$1 billion potential investment for the upto 40% stake on offer. In FY23, the company is expected to post $700 million revenue and a $125-$130 million EBITDA, or operating profit.

By the end of FY22, the company witnessed almost 50% growth in the engineering team for the medical devices vertical alone, making it confident of reaching $1 billion in revenue by 2025.

Investment banks JP Morgan and Barclays are advising the investors. In its August 23rd edition, ET was the first to report that the PE investors were seeking an exit via a formal auction process.

QuEST has made 14 acquisitions in the past 25 years and continues to look for inorganic growth opportunities, especially in adjacent businesses. The company even had a manufacturing arm that was hived off early on, in order to focus on tech services.

Bain, Advent and GIC acquired the stake from Warburg Pincus for $350 million in 2016. Warburg had deployed $75 million in QuEST in 2010. The company, due to its niche, high-end services, has always attracted PE interest. It raised $6 million from the Carlyle Growth fund in 2003. Subsequently, the founders bought back the stake with a credit line from ICICI Bank.

Last year, ChrysCapital and True North was part of an investor consortium that picked up a less than 10% stake in the company at a $1.8-billion valuation. They have no plans to exit in the latest round, said sources.

Global demand for engineering services outsourcing is projected to increase at a CAGR of 18.9% during the forecast period between 2022 and 2032, reaching a total of $5.4 trillion in 2032, according to a report from Future Market Insights.

Carlyle, an aggressive investor in the Indian IT/ITES space, acquired Hexaware in 2021 for $3 billion – in one of the largest PE buyouts in India. In June, the US fund also acquired 24.04% stake in Airtel’s data centre subsidiary Nxtra Data for Rs 1,788 crore.

Year 2021 has seen blockbuster PE investments in the IT/ITES sector in India. The top deals include $2.8-billion buyout of MPhasis by Blackstone, ADIA and GIC; $1.5 bn buyout of Encora by Advent International, $1.2 -bn buyout of Hinduja Global by Baring PE Asia, Baring Asia’s $1-bn buyout of Straive and Apax’ $800-mn buyout of Infogain.

Larger deals in IT/ITES were unlocked in 2021, and valuations were higher by 25%–30% over past averages. Five deals of more than $1 billion were also seen for the first time in a single year in the sector. The IT/BPO sub-sector saw significant traction within verticalized business niches and benefited from the convergence of tailwinds enabled by pandemic-induced business transformation agendas.

The technology sector has witnessed deals worth about $4 bn in the first half of 2022, against $16 billion in 2021, according to an IVCA-EY report. The total PE investment size of 2021 was $70 billion.