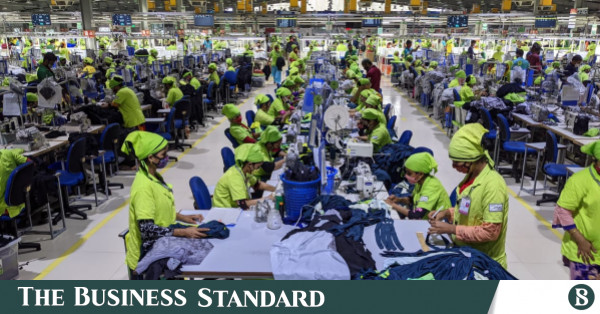 The Bangladesh Garment Manufacturers and Exporters Association (BGMEA) has urged the National Board of Revenue to allow the import of all types of raw materials, including yarns, through the Bhomra, Sona Masjid, and Darshana land ports.

BGMEA President Faruque Hassan in a letter on 3 November made the request to the NBR chairman for providing such permission by the customs houses concerned.

The letter also said in a meeting, headed by the NBR chairman, on October 17 decided to allow imports of those goods through these three ports but till date there is no order (Statutory Regulatory Order) issued in this regard, which is a matter of regret.

In the letter, the BGMEA said the lion’s share of Bangladesh’s yarn import is made from India only through the Benapole land port. As a result, RMG owners are facing difficulty since there is no scope for importing yarns through railways.

Due to the economic downturn, raw material prices are going high everywhere. The energy crisis has caused overall production costs to go high.

Under the circumstances, the BGMEA president wanted scope for importing yarns and other raw materials by roads through Bhomra, Sona Masjid, Darshana land ports and also through railways, the letter said.

If their demands are met, RMG owners believe that the sector would be able to maintain its competitive edge during this crisis time.

Presently, apparel makers can import yarns through one land port – Benapole. Besides, they can only utilise the Chattogram port for partial imports of yarns under the same LC.

Importing through the Chattogram port takes too much time. So, many RMG owners import yarn through Benapole land port to meet shorter lead times, but existing regulations prohibit partial imports there.

Earlier, BGMEA’s President Faruque Hassan told The Business Standard, “If the authorities concerned heed our proposal and implement the measures we have suggested, the pressure on a single land port will decrease.”

This in turn will boost the speed of imports, and save time and costs, he said.