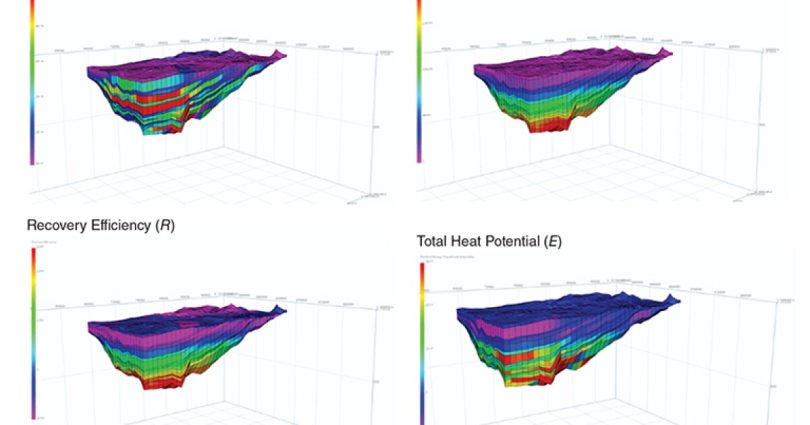 In the complete paper, the authors discuss an integrated cloud-based work flow aimed at evaluating the cost-effectiveness of adopting geothermal production in low- to medium-enthalpy systems either by repurposing existing oil and gas wells or by coproducing thermal and fossil energy. The work flow introduces an automated and intrinsically secure decision-making process to convert mature oil and gas wells into geothermal wells, enabling both operational and financial assessment of the conversion process, whether partial or complete.

Aside from the financial gain resulting from repurposing candidate wells for geothermal production, the conversion process yields operational cost optimization by reducing the amount of wells in need of plugging and abandonment, extending the productive life of an otherwise depleted asset, and significantly reducing carbon dioxide emissions on location.

The premise of the work flow is that candidate wells for conversion are producing hydrocarbons from low- to medium-enthalpy systems. The conversion from hydrocarbon to geothermal energy producer can be full or partial, meaning that a candidate well can produce water either by itself (full conversion) or alongside oil and gas (partial conversion). The authors discuss the fundamentals of the geothermal-conversion work flow, which is based on a well-structured and physics-informed decision-making process.