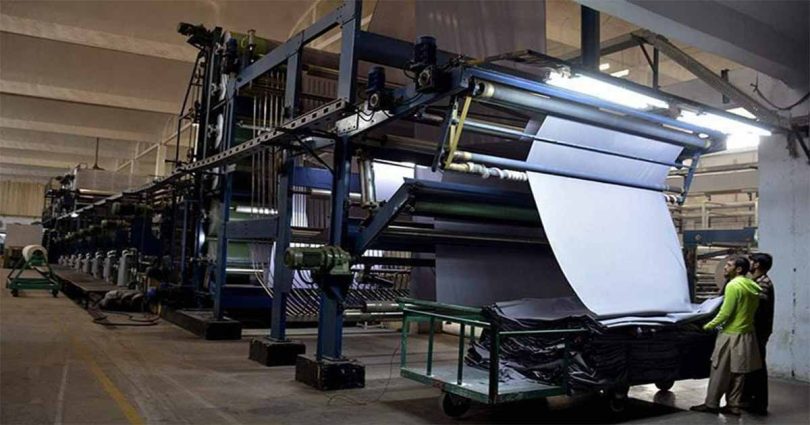 APTMA is cognizant of the impending liquidity crunch and has held a series of meetings with the Ministry of Finance, Ministry of Commerce, and FBR starting June 2022 wherein the restoration of SRO 1125 (zero rating) was discussed at length.

In FY22, the total amount retained by FBR as sales tax on domestic sales was only Rs 50 billion out of the Rs 249 billion collected. Approximately, Rs 300 billion of the industry has remained with FBR at all times as a result of this collection and refund mechanism as the production chain takes between 6 to 9 months before final export and refund claim.

Sales tax is consumption-based, which inflates inventory and capital costs, serving as an impediment to new projects and increase in business as capital and operating cost increase by 20 percent and refund can only happen after commercial operations.

According to a report by the IMF, the cascading effect of GST has harmed Pakistani exporters’ competitiveness as there is currently no systemic method to ensure that all tax paid on inputs may be charged against a final sale is fully refunded. The imposition of sales tax has resulted in billions (over Rs. 300 bn) of rupees of liquidity transferring from the industry to the FBR.

Rather than encouraging import substitution, the sales tax regime does the exact opposite by disincentivizing local production and promoting cheap imports. For instance, when a company holding a DTRE, Bond, or EOU license needs to buy raw materials like cotton, yarn, or greige fabric, if it imports them through these schemes, it does not have to pay sales tax or duties, whereas, if they buy the same material from domestic industry, it is required to pay 17% GST and wait for its ultimate refund after exports which entails a wait of over nine months.

The counterproductive GST system has distorted the level playing field for local manufacturers and now heavily favors sales tax-free imports. It appears that the government policies do not take into account the need to develop and support domestic industry and are actively substituting local production with imports. Consequently, the economy has been undergoing premature de-industrialization and capital is rapidly draining from the country.

Requiring businesses to first pay taxes and then later struggle to obtain refunds is an irrational policy measure for several reasons. Firstly, the government already owes refunds worth over Rs 300 billion to exporters and has no fiscal space for making that payment. Secondly, there is no reason for exporters to believe that they will get their sales tax refunded in due time while their prior refunds still remain unpaid, thereby depriving them of liquidity and of their own resources in order to tax local consumption of less than 20 percent of the industry’s output. Eliminating the sales tax waiver for a fragmented export industry (80% of all output) with a long and complex value chain. has increased the production cost for exporters.

Zero rating was rescinded for the export-based industry in the June 2019 budget announcement. This decision was based on a misrepresentation of facts by the Federal Board of Revenue (FBR). FBR claimed that domestic sales constitute more than 50 percent of all production of the textile sector and somehow the industry was evading approximately $12 billion worth sales tax on domestic sales. Domestic sales of the sector do not exceed 20% of industrial output, as later conceded by FBR. Back in 2019, the government assured industrialists that they will examine the issue in 6 to 8 months, but no such review has been taken even after the passing of 3 years.

When collecting sales tax on domestic sales, it should be deducted at the Point of Sale. This will subject any product sold domestically from any source (whether smuggled, imported, or imported as used clothing) to a 17 percent sales tax. This policy change will increase the sales tax collection significantly while encouraging maximum domestic production of intermediate inputs for exports.

APTMA also requested the Government to restore SRO 1125 i.e., Zero Rating for the Textile Value Chain to enable the industry to survive and maintain export momentum in these extremely difficult circumstances.