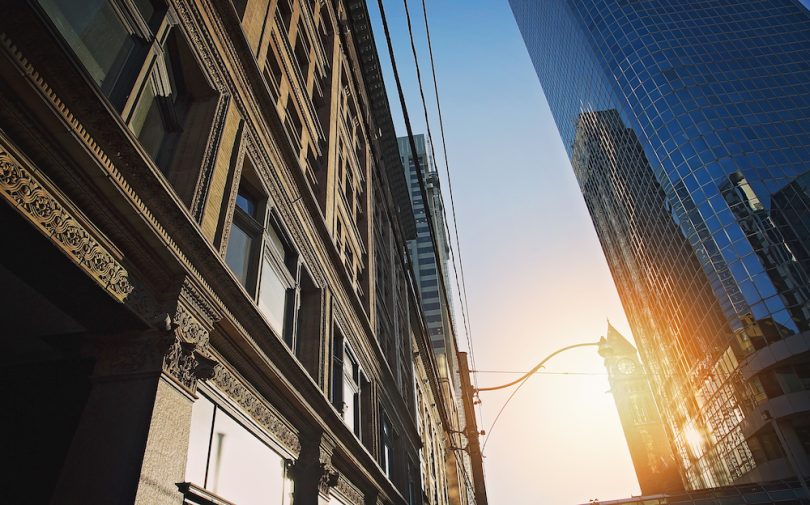 Whether or not the economy is set to experience a recession is a growing question in the minds of consumers and economists alike. However, it’s clear that rising interest rates are set to cool both the housing market and consumer spending, while other key indicators are starting to flash warning signals.

“I would go as far as to say I don’t think it’s potentially looming. Unless there’s a material shift, there’s a recession underway,” said Calum Ross, a leverage wealth expert and VERICO broker with Mortgage Management Group. He points out that the yield curve — a measure of U.S. Treasury yields that captures investors’ risk sentiments — has inverted, meaning shorter term debt is now priced higher than long-term. Historically, an inverted yield curve has been an accurate indicator of an impending recession.

“The number of times you see inversion of the yield curve as a predictor of a recession is very high, but you look at other things to predict it, and one would be rising inflation,” Ross says, adding that Canadians are already feeling the effects of April’s inflation rate of 6.8%, a 31-year high.

“Consumers only have so much money, so they get worried about spending because prices have gone up, and they go into savings mode,” he says.

As the Bank of Canada embarks on a historically aggressive hiking cycle to pull inflation back to its target range of 2%, the result will be fewer qualifying mortgage borrowers — and less activity in the housing market. Recent analysis from the Bank of Montreal finds that today’s mortgage costs are as prohibitive as they were in 1989.

Prices have softened considerably following the BoC’s last three rate policy announcements (a 0.25% increase in March, and two half-point hikes in April and June, respectively); May statistics from the Canadian Real Estate Association reveal home sales tumbled 22% annually, and 8.6% from April. Compared to the peak recorded in February, the national average price is down by more than $100,000.

And given that more super-sized interest hikes are likely in the coming months — the U.S. Federal Reserve implemented a 0.75% increase on June 15, which the BoC will most likely mirror in July — even more variable-rate borrowers will find their affordability shrinking.

As well, bond yields, which set the fixed-rate cost of borrowing, have shot to decade highs on the news of tightening monetary policy, and are now sitting higher than they were before the 2008 financial crisis. That marks the end of a 14-year low says James Laird, COO of Ratehub.ca.

“The expectation is that fixed rates will continue to climb in the near future. With mortgage rates on the rise, the stress test continues to go up as well,” he says, adding, “For every one per cent that the stress test increases, a household qualifies for about 10 per cent less mortgage.”

“Currently, fixed-rate mortgages are harder to qualify for than variable-rate mortgages. The homebuyer is stress tested using an additional two per cent above the actual fixed rate they get from the lender. The higher their contract rate, the higher the stress test will be.”

Real estate activity alone equates to approximately 8% of Canada’s gross domestic product; but when including additional economic events spurred by moving, that jumps to a fifth of GDP. That’s going to contribute to the deceleration of economic growth,” Ross says.

“With secondary spends like consumer durables and services like painting and moving, you get a staggeringly high number of services depending on it,” he says. “Also, from the government’s standpoint, there are things like land transfer taxes that generate a lot of revenue. The rising price of oil, he adds, should also not be underestimated. “Fifty to 60% increases at the pump changes an entire household budget,” he says.

The Economy Is Still at Capacity

Robert Hogue, Senior Economist at RBC, is firmly in the “no recession” camp for now, though he says the outlook isn’t entirely certain, even though the economy continues to run at capacity. “The Canadian economy will weaken but our base case is it will not fall into a recession, although it could come close at the end of next year. We have growth slowing quite substantially by the second half of 2023,” he tells STOREYS.

Unemployment continues to be at record lows, coming in at 5.1% in May. As well, most business sectors have rebounded as the economy has re-opened following the pandemic. But, troubling signs can’t be overlooked.

“If you listen to the Bank of Canada, we’re in an excess-demand situation. In this part of the cycle, it becomes much more difficult for the Canadian economy to grow because we’re running out of inputs and factors of production for additional excess, so the economy would slow down,” Hogue adds.

RBC maintains the stance that it expects the BoC will aim for an Overnight Lending Rate range of 2 – 3% — what is considered “neutral” — but leaves the door open for it to exceed that should the inflation beast not respond to its hiking efforts thus far. At that point, a recession could indeed become a realistic expectation.

“If longer term inflation expectations start to drift higher in a material way, the Bank of Canada may well go above the neutral range, such that it would really start to slam the brakes on the economy and then a recession scenario gains significant probability,” Hogue said.

“Our view, and I suspect it’s the consensus view, is the terminal point, or where the interest rate lands, will be in the neutral range of between 2-3%, so by neutral it’s not at level that will really put the brakes on the economy. It will just remove the foot from the accelerator.”

After growing by 3% year over year in Q1, Canada’s economy was slated for 6% growth in Q2 before slowing down through the second half of the year, Hogue added.

“We have the cooling going all the way to about the middle of 2023, so we probably have a year to go,” Hogue said. “Now this will calm down one major engine of growth that contributed to the recovery since 2020, so this will end up in a calmer market with prices coming down and, to a certain extent, it will contribute to the slowing.”

While Laird expects consumers will tighten their belts on spending, that the highly-sought “soft landing” remains within reach.

“Rates aren’t that high, they’re coming off historic lows, so they feel high. Feeling is part of it, and them feeling high will slow down consumer spending behaviour,” he said. “But there are indicators we could land softly, and one is the amount of savings that have been accumulated by households across the country. We’ve saved a lot of money over the last two years as a country, so that should soften the impact of rising rates.”