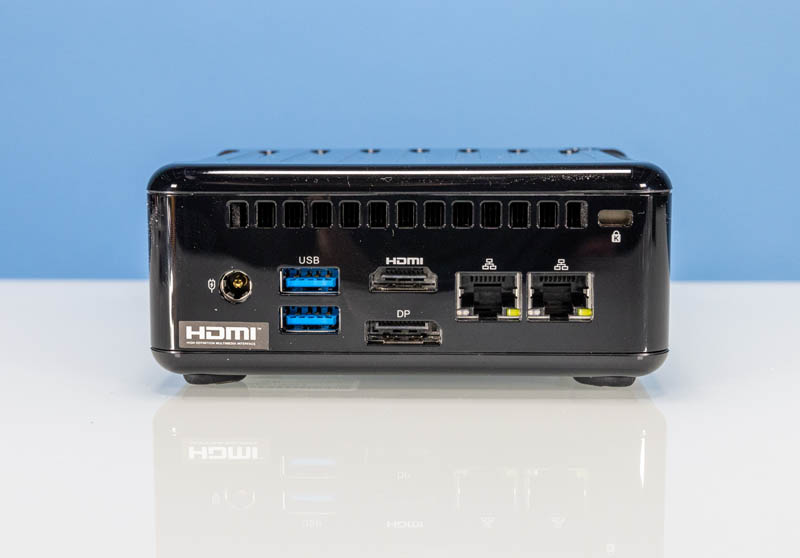 Today we are taking a look at the ASRock NUC BOX-1260P. This is a mini PC that as the name suggests has an onboard Intel Core i7-1260P. Providing high-level context, like the ASUS PN51-S1 we reviewed recently, this is a quite capable and very compact PC. We recently reviewed the AMD counterpart the ASRock 4×4 BOX-5800U.  It is also one that over the course of reviewing Project TinyMiniMicro 1L nodes we received many requests to look at, so we are reviewing it as part of our newer STH Mini PC series. With that, let us get to the review.

With this review, we also have a video. That allows us to show a few more aspects of the system. We also have noise testing live so you can hear the fan noise. This unit is fairly quiet, but also folks want to know the tone of fans, so we wanted to show that as well in the accompanying video. Check out the video for this PC if you want to see the size compared with other versions.

As always, we suggest opening this in its own browser, tab, or app for the best viewing experience.

These units typically go on sale for around $630. There is quite a bit of variation based on the sales going on as we have seen different promotions run over the past few months.

For these tests, we used a WD Blue SN570 1TB SSD (Amazon affiliate link.) as it was the one that we had on hand, and is a great low-power solution for the small form factor with limited cooling.

Both the SSD and memory will add to the cost, but this is a very compact platform. We did not get Windows 11 (Pro) pre-installed in our barebones, so that was an additional cost as well. When shopping for these versus Project TinyMiniMicro systems you may not care about a Windows license typically included with TMM nodes if you are running Linux, byt many do. With that, let us get to the hardware overview.

The front of the system has a headset combo jack, and then three USB ports. The USB ports are all USB 3.2 Gen2 ports meaning that they are all 10Gbps ports. One is a Type-A, but the others are more interesting. There are two Type-C ports, and they also support DisplayPort output. This small PC can support four display outputs.

The sides of the chassis are mostly just vents. The top is a continuation of the glossy plastic that we have seen on the front and back. There is a power button that lights up when the unit is on.

The rear of the unit is full of ports. HDMI label on the accompanying port. That HDMI 2.0B port is paired with a DisplayPort 1.4a and that gives us four outputs when counting the front Type-C ports. The two USB ports here are actually USB 3.2 Gen2. That is a big difference compared to the AMD unit where we had USB 2 ports. We also have a Kensington lock slot and a 19V DC power input.

The real stars of the show are the two RJ45 ports, which are both Intel i225 NICs that provide 2.5GbE each. This a step up from the AMD version, which has only one 2.5GbE port and the other is a 1GbE port. Dual NICs are great, and having both as the 2.5GbE option is a nice step up from the AMD offering.

The bottom of the chassis has rubber feet already affixed and VESA mounting brackets. These feet have four screws that can be unscrewed to get inside. These are not captive screws, and are also quite long, which makes opening this system take quite a bit of time. Alex, our video editor made a little joke in the video after having to watch Patrick unscrew these on camera.

As an aside, this unit is a fingerprint magnet. Even light handling of it leaves fingerprints everywhere due to the glossy plastic. The side vents have a more matte finish and fingerprints do not stick as much. The unit comes in plastic sheets for protection but the plastic comes off before regular use and handling. Hopefully, ASRock can find another exterior option for future units.

Next, let us take a look at the internals of the system.