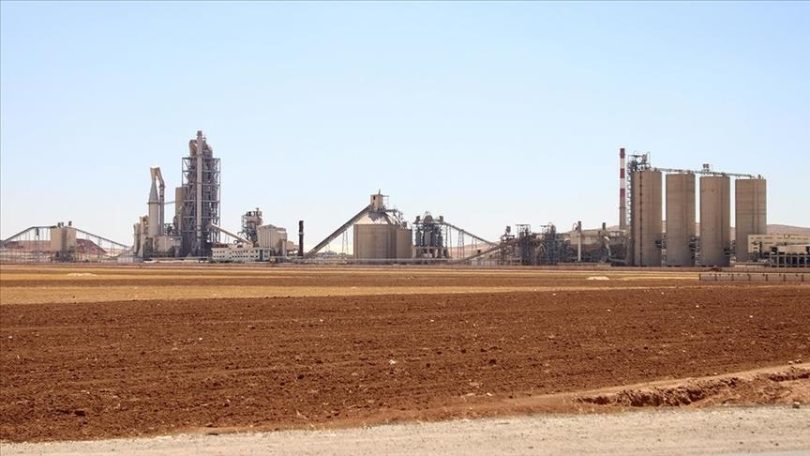 In September 2021, Anadolu Agency documented that Lafarge had provided funds to the Daesh/ISIS terror group to be able to continue its operations in the area.

The plant, located in the Aleppo province’s town of Jalabiya, houses around 60 US soldiers with armored vehicles and heavy weapons, according to local sources.

It is worthy of mentioning that the YPG/PKK terrorist organization, in the face of the possibility of a new Turkish military operation in northern Syria, seeks to reestablish warm ties with the Assad regime.

The YPG/PKK is trying to dissuade Ankara by allowing the deployment of Syrian regime forces to the areas it occupied.

Against this backdrop, the regime forces took positions in a couple of locations near the plant.

It is estimated that around 300-400 regime troops with their tanks and armored vehicles are as close as 3 kilometers (1.8 miles) from the plant.

Anadolu Agency gained access to the visual proof of regime forces’ presence in the area. One of the videos shows that the plant is out of operation and a military helicopter, thought to belong to the US-led military coalition, patrols the area.

Another video exposes the regime forces and their heavy weaponry.

Meanwhile, Anadolu Agency, via e-mail, asked Lafarge which merged with Swiss company Holcim and changed its name, whether the plant in Syria still belongs to the corporation and whether they are comfortable with the US forces’ using the factory as a military base. The company has yet to provide a reply.

Lafarge, a French industrial company that specializes in cement, concrete, and construction aggregates, was accused of paying almost €13 million ($13.68 million) to foreign groups, including the terrorist organization Daesh/ISIS, to maintain their factory presence in the city of Jalabiya in northern Syria, during the Syrian civil war, which is still ongoing.

CEO Bruno Lafont and eight Lafarge executives were also accused of financing a terror group and endangering the lives of others.

In 2019, the Paris Court of Appeals dismissed the charges of crimes against humanity, accepting the defense that payments made by Lafarge were not used in aiding or abetting the war effort. The other charges, however, stood, including that of violating an EU embargo.

Lafarge has denied any wrongdoing in the allegations that it negotiated with terrorist organizations and has continued to contest all charges.

Documents obtained and published by Anadolu Agency earlier revealed that Lafarge constantly informed the French intelligence agencies about its ties with the Daesh/ISIS terror group.

The documents unveiled that Lafarge ran a relationship with the group and the French intelligence was aware of it.

Anadolu Agency website contains only a portion of the news stories offered to subscribers in the AA News Broadcasting System (HAS), and in summarized form. Please contact us for subscription options.