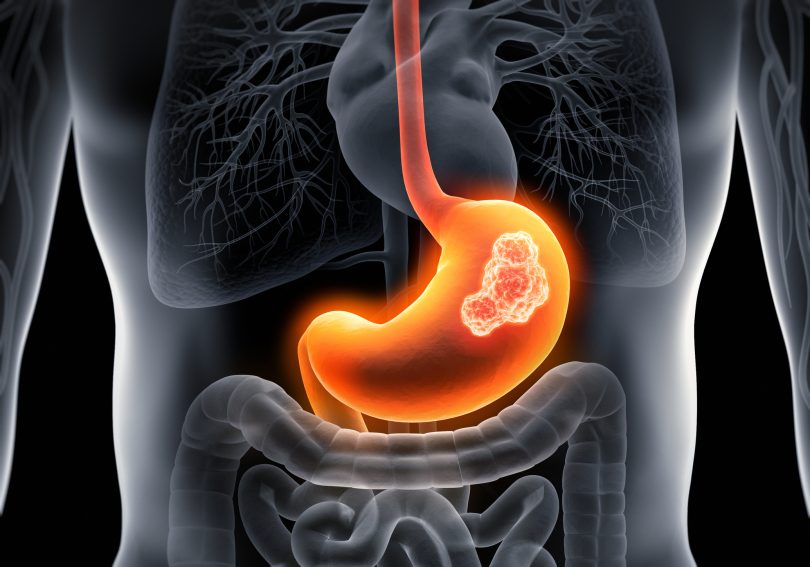 One of the hottest biomarkers in cancer research, CLDN18.2, just got another major nod. Astellas Pharma has announced positive results from a large Phase III trial (SPOTLIGHT) of zolbetuximab in CLDN18.2-positive and HER2-negative advanced gastric or gastroesophageal junction (GEJ) adenocarcinoma. Full data from the trial was not released.

“These topline results further support the role of CLDN18.2 as an emerging biomarker in gastric and GEJ cancer. We look forward to presenting the full results at a scientific congress in the near future,” said Ahsan Arozullah, MD, MPH, senior vice president and head of development Therapeutic Areas, Astellas.

More than 50 trials of CLDN18.2 positive cancers are listed in ClinicalTrials.gov.  This protein is an isoform of claudin18, a transmembrane protein and a major component of epithelial and endothelial tight junctions controlling the flow of molecules between cells. Claudine18 has limited expression in normal tissues, but is often abnormally expressed in primary solid tumor. CLDN18.2 supports proliferation, differentiation, and migration of tumor cells.

Gastric cancer is often diagnosed in the advanced or metastatic stage. The five-year relative survival rate for patients at the metastatic stage is approximately six percent. It is estimated. In a recent The Lancet report, that there were approximately 1.1 million new cases of this cancer in 2020 and it caused about 770,000 deaths.

“I am excited by the potential for a new treatment option to help patients with advanced-stage gastric cancer or GEJ cancer,” said Kohei Shitara, MD, Primary Investigator for the SPOTLIGHT trial and chief, Department of Gastrointestinal Oncology, the National Cancer Center Hospital East in Kashiwa, Japan. “Gastric and GEJ cancers still have very limited treatment options available for patients with an advanced diagnosis.”

Pre-clinical studies have shown that CLDN18.2 may become more exposed and accessible to targeted therapies with antibodies as gastric tumors develop. Based on this study, approximately 38% of screened patients have CLDN18.2-positive tumors, defined as CLDN18.2 expression in ≥75% of tumor cells with strong-to-moderate staining intensity based on a validated immunohistochemistry assay.

The Phase III SPOTLIGHT trial is a global, multi-center, double-blind, randomized study assessing the efficacy and safety of zolbetuximab plus mFOLFOX6 compared to placebo plus mFOLFOX6. Specifically, this study and the Phase III GLOW trial, which is evaluating the efficacy and safety of zolbetuximab plus capecitabine and oxaliplatin (CAPOX) compared to placebo plus CAPOX, are being conducted to provide foundational data for regulatory submissions in the U.S., Europe, Asia and other countries globally.

“We’re delighted and excited about the positive topline results from the SPOTLIGHT trial of zolbetuximab in combination with mFOLFOX6, and we have increased confidence in advancing development of zolbetuximab for the first-line treatment of patients with locally advanced or metastatic gastric cancer,” said Arozullah.