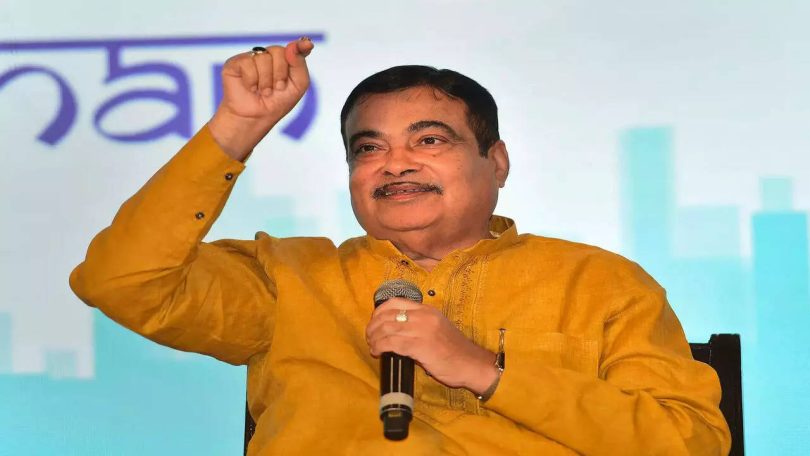 India can become the number one automotive manufacturing hub in the world within five years, but auto companies need to enhance safety features to reduce deaths due to road accidents, Union Minister Nitin Gadkari said on Thursday.
In his inaugural address at the Auto Expo 2023 here, the minister for road transport and highways asserted that the government’s target is to reduce these accidents by 50 per cent before the end of 2024 while asking the auto industry to take suo moto action for road safety as the government doesn’t want to make anything mandatory.
Gadkari’s sentiments were also echoed by Minister of Heavy Industries Mahendra Nath Pandey, who lamented that while India has only 1 per cent of the total overall vehicles, the country accounts for 11 per cent of the total global deaths due to road accidents.

“We want to make the Indian automobile industry number one in the world as far as manufacturing is concerned but as far as road accidents are concerned, our target is to reduce by 50 per cent before the end of 2024,” Gadkari said.

He said that many people in the age group of 18-34 young people are losing their lives due to road accidents.

With improvement in road infrastructure, he said the speed at which vehicles are driven has also increased, he noted.

“I am again giving best wishes to you that within five years, the day will come that this industry will be the number one manufacturing hub in the world and you have got the potential to challenge it is bigger, but at the same time, it is difficult but not impossible 100 per cent. You are all competent for that,” Gadkari said.

“In the scrapping thing, 33 per cent reduction in raw material cost for auto companies, 10-12 per cent boost in sales….and even your turnover will increase because the people who are going to scrap, 100 per cent they are going to purchase a new vehicle,” he said, estimating an increase in sales by up to 24 per cent due to the scrappage policy.

He suggested that companies should give discounts to people looking to buy new vehicles, who show their scrappage certificates.

“We are also trying to get some discounts from the finance ministry for that…but if you can give some discount, it will be beneficial to you as it is going to increase your business and profits,” he added.

Semiconductors and metals from scrapped vehicles can be reused in auto components and it is going to reduce the cost of final products, Gadkari said.

“You can open your scrapping units with a joint venture with small people and the waste material can be purchased by big giants,” he said.

Talking about air pollution, he said this is the time to reduce imports of fossil fuels and exports of EVs.

“Sometimes, I do not feel like coming to Delhi because of pollution,” he said.

Further, Gadkari noted that big firms are making in India and exporting also.

Talking about alternative fuels, he said that companies can foray into flex engine vehicles.

“I am really happy about green hydrogen…We can run our railways, planes, trucks, buses, cars, and everything on green hydrogen. Today, we are the importer of energy, but with your research, planning, and adventure India will be the exporter of energy,” he said, expressing happiness that the industry is thinking about alternative fuels.

He also noted that some people say that the industry is in problem, but good leadership converts problems into opportunities.

Pandey said that the automotive research and development body Automotive Research Association of India (ARAI) is working on developing fast chargers for e-vehicles and it will be soon launched in the market.