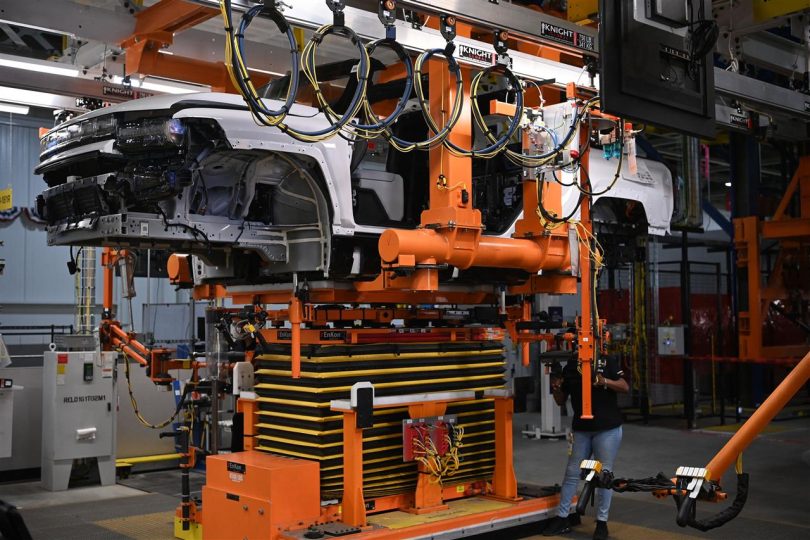 The global automotive digitization and electrification process continues to move forward. Yet for the last two years, it has been stuck due to the automotive chip and lithium battery crunch. When can this material shortage end? So far, it doesn’t seem to be an easy task, mainly because the supply is lagging far behind the increase in demand. The regional development of the supply chain may face different situations before the newly expanded production capacities are put into operation.

To fully understand the dynamics of the automotive chip supply, we need to start with the supply structure. To begin with, let’s take a look at the chip suppliers for mainstream car brands:

First, 80% is in the hands of integrated device manufacturers (IDMs), including Infineon, NXP, TI, Renesas, STMicroelectronics, and more. These IDMs have been partnering with mainstream car brands for a long time. Therefore, when the shortage occurred in 2021, the IDM’s production capacity was first fought over by the car brands. By the end of 2021, a high percentage of them was tightly bounded by contracts.

Second IDMs do need support from contract chipmakers for urgent orders. For parts where IDM production capacity is not sufficient, help will be sought from contract chip makers such as TSMC, Vanguard International Semiconductor (VIS), and UMC. However, it still depends on the available capacity of each contractor, which naturally has its limits, especially with the contractors’ major clients being those from the consumer electronics sector.

Since 2021, it has been a tug-of-war for production capacity between consumer and automotive chips. The war was fierce for the first few quarters, but with fluctuations in the overall economy, consumer demand has noticeably declined recently. Automotive chips took advantage of the uptime softening and grabbed the available capacity. However, key applications such as microcontrollers (MCU) and insulated-gate bipolar transistors (IGBT) are still lagging.

Moreover, the drip feed of new production capacity for automotive chips fails to catch up with demand. Including companies like Texas Instruments (TI) and tier-1 European supplier Bosch, new production capacity has been made available, but it may not solve the crunch in the short term. The other comes from the Chinese supply chain. The region is highly self-sufficient, due to semiconductor self-production being China’s established policy. However, this new capacity will mostly be provided to China’s brands.

Last but not least, the potential new supply in the future is worth anticipating. This includes TSMC establishing factories in the US and Japan, as well as UMC’s new production lines in Singapore and Japan. In addition, GlobalFoundries (GF) has expanded its production to Europe and Singapore. Intel and Samsung Electronics have also been actively participating in the future car market, with Samsung working with Tesla to fulfill the latter’s chip demand.

It’s worth noting that not all automotive chips are experiencing a shortage. Examples include display driver IC (DDI), audio IC, power management IC (PMIC), and diode, all of which could go through a demand slowdown in late third-quarter 2022 and fourth-quarter 2022. In addition, materials for PCBs like copper-clad laminate (CCL) are set to be considered products in the long supply chain.

As the consumer electronics market weakens, the supply chain is accelerating their deployments in the automotive field. However, supplies from the short supply chains have seen little improvement, which means car assembly is still being hindered. Shipment momentum to the automotive field is said to be declining, probably because car manufacturers are turning conservative.

The production and sales goals set by car manufacturers are unlikely to materialize by the end of the year due to abundance of black swans in the first three quarters. Now car makers are more eager to be able to produce acceptable financial reports for the year. Controlling inventory costs and layoffs are the most common strategies.

The gap between supplies from the long and short supply chains has been too big for car makers to cope with. At the beginning of the year, it was thought that there would not be chip shortages, which later turned out to be overly optimistic, with the short supply chain playing a key role in their production. The issue has caused Toyota and Tesla to announce that they would temporarily stop accepting orders on certain car models, though car makers believe they should restart pulling in shipments in early 2023.

However, for new energy vehicles (NEVs), they have more than just chip shortages to worry about. Supply of lithium batteries has been a problem. The lithium batteries, a key electric vehicle (EVs) component, account for around 30-40% of the overall vehicle cost.

With the global demand for EVs rapidly rising, the supply expansion has not been able to keep up. Currently, there are two major types of EV batteries: ternary and LFP. The former is mainly supplied by the big three of Korea – LGES, SK ON, Samsung SDI – and by Panasonic of Japan, and some Chinese manufacturers. As with LFPs, a high percentage is supplied by Chinese manufacturers such as CATL, BYD, and Guoxuan.

The 2022 lithium battery shortage could be more severe than the chip shortage, as it will take time to build new production capacity. Market observers estimate that production will not only see significant increases until 2024.

Strong demand from battery makers has been heaping pressure on the upstream mineral supply. In 2022, the mineral attracting the most attention is lithium carbonate, which is used in both ternary and LFP batteries. Because the mineral refinement supply is lagging far behind the demand for lithium battery cores, the prices have spiked, affecting the downstream battery and car manufacturers.

The fight for chip production doesn’t seem to be ending anytime soon. The issue is that with consumer applications so weak, why is there still a need to fight for car chips? In reality, the major IDMs are all waiting for production on the foundry side. For the foundries, they hope to maintain fairness as they don’t want to displease any client. Thus, they’ve distributed their potential car-grade production to each IDM.

Since most foundries are verified to make only commercial grade applications for large parts of their capacity, they are at the mercy of the ups and downs of the consumer market. This will cause the semiconductor industry to experience a very polarizing fourth quarter.

In terms of semiconductor equipment, most industry-grade production can be upgraded to car grade. This was why during the car-grade shortage back in 2021, industry grade production became the first to be sacrificed. By the time early 2022 arrived, even equipment manufacturers couldn’t produce equipment due to the chip shortage. Only then did people realize how serious the problem was.

To solve this shortage of industry-grade chips, the sector has been shifting to new designs that use more advanced semiconductor manufacturing processes to avoid a clash with car-grade chip production, which mostly relies on mature processes. However, with the impact of the macro environment, the semiconductor sector is also slowing down its expansion, which could reduce the demand for industry-grade chips.

Demand softening for parts of the automotive market

It’s worth noting that the aforementioned interpretation is on the basis that the end-user demand for cars holds up. With international black swan events swarming, talks about softening demand have emerged in the automotive market.

Europe market: Caught between the Russia-Ukraine war and the energy crisis, some European automotive makers have publicly delivered a warning about their orders softening from the peak. In addition, the energy crisis has caused some European governments to consider prioritizing the daily electricity use of citizens. Factories may have to shut down and car assembly may be affected.

Moreover, the rising cost of components has caused NEV prices to remain high. Consumers are starting to feel that the benefits of buying a new car are diminishing. Add to that is Germany’s decision to cut subsidies by the fall of 2023, and the concern is that the small, compact NEV market will collapse.

China market: In the second half of 2022, the purchase tax on fuel vehicles in China will be halved. To compensate for the poor sales in the first half due to the COVID lockdowns, fuel vehicles are pushing price discounts. Noticing a clear decline in orders, some NEV makers are pushing price discounts amid signification reductions in orders from car users. With component costs remaining high, the profit margin is being squeezed.

China is the world’s largest NEV market and is estimated to maintain high growth in 2022. But the NEV purchase subsidies will end at the end of of 2022 without any new subsidies policy in sight. And it has been speculated that in the future, taxes on NEV purchases will be necessary. That may the reason why car users are rushing to buy NEVs in China: NEVs as proportion of overall car sales sales has increased to 35% from 20%.