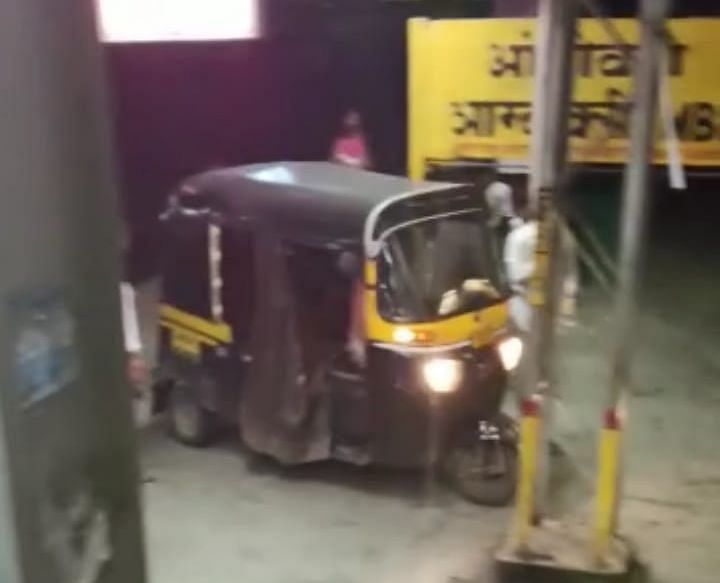 An auto-rickshaw driver was arrested for driving his vehicle onto a platform at Ambivali railway station. The incident took place on the night of September 4 and a video showing the rickshaw taking a turn on the platform went viral on Tuesday evening. After the video surfaced, railway officials swung into action and arrested the driver – Sanjay Kashinath, 35, who is a resident of Atali village in Ambivali (west).

During the investigation, Kashinath revealed that he was forced to drive the vehicle onto the platform by two drunk male passengers. “He said he was returning after dropping a passenger when the two men asked him to ferry them to the station. When he reached the station they refused to alight and forced him to drop them on the platform,” said a Railway Protection Force (RPF) official of Central Railway.

The RPF have now launched a manhunt for the two men. Meanwhile, Kashinath was produced in the court on Wednesday and released on a personal bond of Rs 13,000.

Asked about the barricades at the entrance of the station, officials said the Kalyan end was kept open to facilitate the smooth movement of passengers. However, after this incident has surfaced, officials are going to get the spot barricaded. Some passengers have alleged that rickshaw drivers have brazenly driven their vehicles onto the platform in the past as well, especially at night.

“The pathway is not very wide but it is convenient for the commuters. However, some arrogant rickshaw drivers use the entry point to drive onto the platform and even use it as a detour, causing an inconvenience for other travellers,” said Mahesh Koynde, a frequent local commuter from Ambivali.