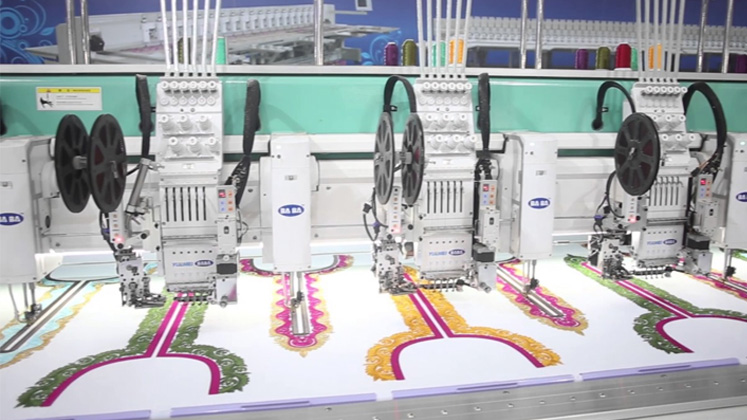 Baba Textile Machinery India Private Limited – one of the leading manufacturers and importers of an extensive array of computerised embroidery machines – has shared an ambitious growth plan.

In the latest dialogue with Apparel Resources Team, Keshav Agarwal, Business Head, BABA, mentioned that the company recently launched a new sequin punching machine which provides spangle tape – all A-Z materials, which is a result of rising focus on value-addition in the Indian garment factories.

Keshav further contemplated on BABA’s competitors who are introducing automated machines with robotic arms embroidery technique, on which he shared that India being a cheap labour hub, there should be a cautious investment in such technologies.

“Avoid burnout in cost of installing such machines if not needed, though we do have such machines in our portfolio but we do understand that technology shouldn’t overpower humans,” mentioned Keshav.

Further, the company closely observed that the dynamics of the Indian market are changing due to pandemic’s aftereffects.

“Before the pandemic, mostly the machines were sold to job workers, but post-Covid the demand has increased amongst export houses to install the machinery in-house. This is a good trend for us to capitalise on,” added Keshav.

Sharing about BABA’s R&D strategy, Keshav asserted that they have around 75 per cent engineers in its team who set up machines in factories, repair and service them as per requirements – all in the shortest lead time possible.

“We have also opened a BABA Experience centre in Noida, Uttar Pradesh, where we have installed the machines to check it thoroughly before introducing it to any exhibition or in the market. It’s like a two-step process – check one in China where these technologies are being developed and other in India where we are doing R&D to adopt embroidery machines as per our country’s requirements,” concluded Keshav adding that BABA has also opened its new office in Hyderabad and planning to expand in Indore Market to cater to booming demand in India.