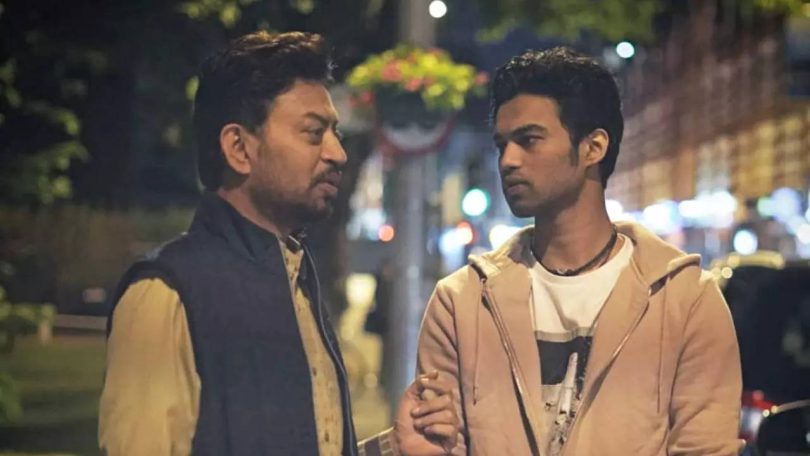 Babil reveals he locked himself in his room for 45 days after father Irrfan Khan’s demise: Went into bad spiral

Noted actor Irrfan Khan passed away in April 2020. The actor, who was bravely battling with neuroendocrine cancer, was admitted to the ICU of a Mumbai hospital for a colon infection. He died due to complications. His death left his loved ones and fans heartbroken.
His son Babil Khan, in a recent interview, recalled how the loss sent him into a “really bad spiral.”

BABIL KHAN LOCKED HIMSELF IN HIS ROOM FOR WEEKS

“When it first happened, the first day, I didn’t believe it. One week had passed and it hit then. And then I just went into a really bad spiral. I just locked myself in my room for one and a half months,” the actor shared during an interaction with Bollywood Bubble.

Babil added, “Back then he used to shoot so much that he’d be gone for a long shooting schedule. When it just happened, I had somehow convinced myself that he’ll come back after the shooting schedule. And then I slowly started realising that this is an indefinite shooting schedule. He’s not coming back. I just lost my best friend. It was devastating on a level that I can’t really put into words.”

Irrfan’s memories keep his son positive now and he is often seen cherishing them on social media.

The star kid recently made his big debut with Netflix’s psychological drama Qala. The film helmed by Anvitaa Dutt stars Triptii Dimri of Bulbbul fame opposite Babil. It was backed by Anushka Sharma’s brother Karnesh Ssharma under Cleanslate Filmz.