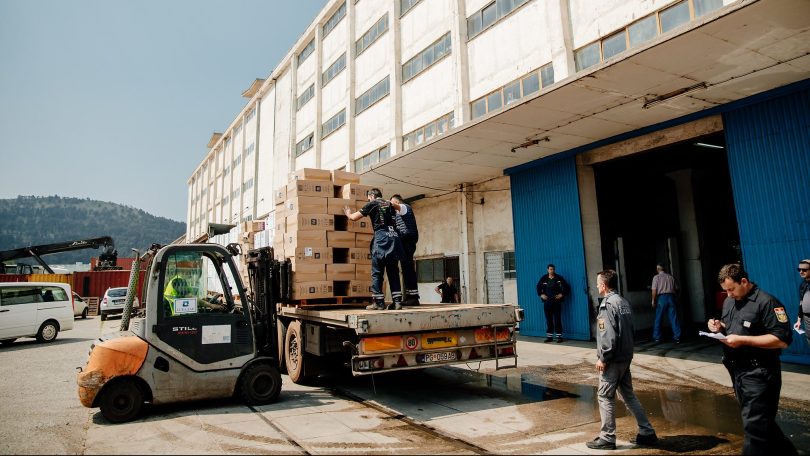 South-eastern European ports have “Ideal conditions” for drug and tobacco traffickers to operate, the Global Initiative Against Transnational Organized Crime said in a report published on Tuesday.

The report by the Geneva-based NGO, “Portholes: Exploring the maritime Balkan routes”, notes that eight tonnes of cocaine were seized in the last four years in SEE ports, stressing that synthetic drugs and counterfeit cigarettes are regularly intercepted in the region’s ports, along with the illegal waste.

“The region’s proximity to lucrative markets in Western Europe, its links to North Africa and Turkey and increased traffic from Latin America and Asia, combined with vulnerabilities linked to corruption, create ideal conditions for criminal networks to engage in such trafficking. The problem seems to be growing,” it said.

According to the report, there are still lapses in security due to insufficient scanners and incentives for corruption, even though some countries have made great strides to improve port security in line with the International Ship and Port Facility Security (ISPS) Code.

GIA warns that ports are significant as key entry and exit points for large-scale illicit trade as well as being a vehicle for laundering money through investment in and infiltration of private or public contracts.

“Where state-run ports are used by influential figures in the security sector with close links to business and political elites to smuggle goods (such as drugs or cigarettes), there is a risk of ‘captured ports’. Moreover, small ports are more significant if they are close to landlocked countries.”

According to the report, in the ports of Constanta in Romania and Varna in Bulgaria, local criminal groups are teaming up with corrupt customs officials, dockworkers, truck drivers and business owners to ensure smooth deliveries. In ports such as Koper.

The report said that state-embedded actors, such as high-ranking officials and political elites, are acting in the Montenegrin port of Bar, known as the European hub for cigarette smuggling, while small cells of the so-called “Balkan cartel” occasionally operate in the Croatian ports of Rijeka and Ploce.

“In SEE, it is possible to identify several mafia-style groups operating in or close to container ports. Examples that we deal with in this report include affiliates of the Lul Berisha clan in the port of Durres; the Kavaci and Skaljari, which allegedly use the port of Bar for cocaine trafficking and in Rijeka, where Slobodan Kasic and Stjepan Prnjat – two prominent figures of the local criminal milieu – are accused of controlling the cocaine traffic”, the report said.

According to the report, smugglers are using the so-called “hide and seek” technique by camouflaging drugs and counterfeit cigarettes in everyday exports, such as boxes of tropical fruit, coffee, or machine parts. Smugglers are also using the rip-on/rip-off method to break open sealed containers carrying legitimate merchandise, fill them with packages of illicit goods and then use fake customs seals to disguise the fact that the original seal was broken.

“Major drug seizures are often followed by arrests of the small fish, yet there are few prosecutions of the kingpins or attempts either to back-track the routes of the shipments or to carry out controlled deliveries to catch the big fish,” the report said.

“For cocaine trafficking, there are thought to be around 20 criminal cells of different ethnicities from the region that can be mobilized depending on the route and the port used,” it added.