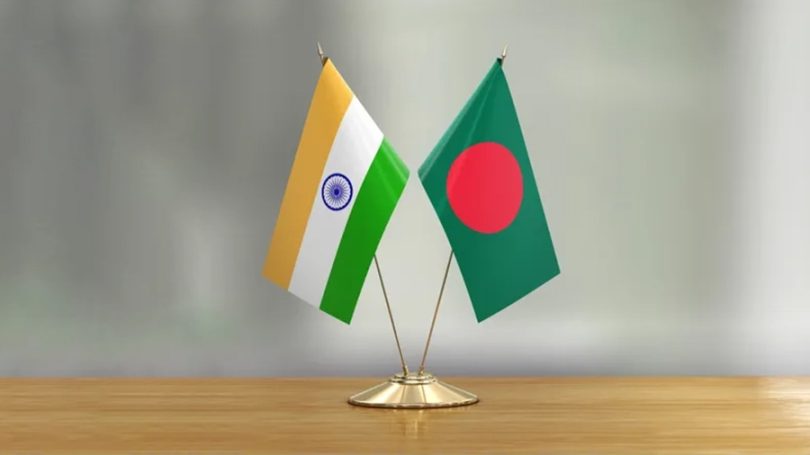 The Bangladesh government is keen to sign a Comprehensive Economic Partnership Agreement (CEPA) with India to expand bilateral trade and investment.

The CEPA will be among trade agreements Bangladesh is prioritizing with its major trade partners, as it will lose duty benefits once the country graduates to developing nation status in 2026.

Besides India, Bangladesh was also reportedly seeking to close trade deals with Indonesia and Sri Lanka within a year.

While the timeline indicates political expediency on Bangladesh’s part, all stakeholder regions are confronting major economic headwinds and financial pressure due to the COVID-19 pandemic and Russia-Ukraine war, with Sri Lanka among the worst affected.

Why the urgency to sign trade deals, secure tariff concessions

On July 25, Bangladesh media reported that senior government officials from the country’s foreign, labor, commerce, home affairs ministries held a meeting to discuss starting CEPA negotiations with India. The CEPA framework will not be limited to free trade issues like tariff reductions and market access but also cover foreign investment facilitation and employment.

The Bangladesh government also reportedly signed a law on signing free trade agreements (FTA), preferential trade agreements (PTA), and CEPA with potential and leading trade partners. This is because, in November 2021, the United Nations approved that Bangladesh would graduate from its Least Developed Country (LDC) status in five years. The LDC status carries along with it many trade benefits.

Eligibility for GSP Plus

Negotiations are also underway between Bangladesh and the European Union (EU) for access to the Generalized System of Preferences (GSP) Plus after the expiry of the European GSP in 2029, according to Bangladesh Commerce Secretary Tapan Kanti Ghosh’s remarks to the media in September 2021.

Bangladesh would need to make changes to its labor law and regulations covering economic processing zones (EPZs) to secure GSP Plus eligibility.

India and Bangladesh first discussed signing the CEPA in 2018 and the matter was addressed during a high-level meeting between March 1-4 in New Delhi. Prior to that a Joint Study Group (JSG) had submitted its recommendations regarding the feasibility of the CEPA.

Following that, in April, Bangladesh Commerce Minister Tipu Munshi mentioned during his visit to India that he would like the two countries to sign a deal within a year.

Munshi also called for finalizing the joint study by May, as per Indian officials – though no official timeline has been set. New Delhi has, however, noted the political push from Dhaka.

India’s position on a CEPA with Bangladesh

On March 7, India’s Commerce and Industry Minister Piyush Goyal noted the government’s intentions to advance a CEPA with Bangladesh. India would be pushing for greater cooperation with Dhaka in various sectors, such as defense and pharmaceutical production.

India has extended US$8 billion through three lines of credit to Bangladesh – this is the largest concessional credit India has given any country.

Some studies show there is scope to lift bilateral trade to reach US$25 billion via an FTA. In 2018-19, Bangladesh exports to India jumped 52 percent from 2017-18 to cross the US$1 billion mark. Bilateral trade is thus steady and there appears enough room for more growth.

The two countries currently have a goods agreement in place under the South Asian Free Trade Area (SAFTA), under which New Delhi has granted Bangladesh duty-free, quota-free access on all items except for alcohol and tobacco. A CEPA would introduce agreements on service trade and investment.

Bangladesh is the second-largest exporter of ready-made garments worldwide and India is a key market. Bangladesh exports also include ships. Bangladesh also has a significant consumer market of around 170 million people, whose spending power is growing.

Bangladesh is also seeking Indian investments. On April 24, Commerce Minister Munshi stated: “We are in advanced talks with Tata Group that already has plants in Bangladesh, for a large automotive investment, as also with Ashok Leyland,” when speaking to the media. Domino’s India has opened 25 outlets in Dhaka and will grow that number 10-fold and more as well as establish a major factory. Munshi is also seeking investment from the bordering Indian state of West Bengal.

Bangladesh has also set aside multiple special economic zones (SEZs) for Indian companies and investors, targeting sectors like telecom, pharmaceuticals, automobiles, and fast-moving consumer goods (FMCG). In fact, India, Japan, and China have all shown interest in setting up economic zones in Bangladesh as a way to stimulate bilateral trade and investment.

As per reporting by The Hindu in November 2021, “Bangladesh has offered to establish two Special Economic Zones for Indian companies besides allowing Life Insurance Corporation to start operations in the country.” These are located in Mongla and Bheramara. This year, on April 3, Bangladesh media reported that the Bangladesh Economic Zones Authority (BEZA) had signed an agreement with Adani Ports and SEZ Limited to set up an Indian Economic Zone at the Bangabandhu Sheikh Mujib Shilpa Nagar (BSMSN) in Mirsarai in the port city of Chattogram.

On the other side, Bangladesh companies want to invest in India, such as the Walton Group, which makes consumer durables, computer and telecom equipment, among others. India currently imposes restrictions on foreign investments from countries with whom it shares a border and clearances granted on a case-by-case basis.

Other areas of strategic cooperation

Cooperation in expanding railway connectivity and cross-border river management and environmental conservation are other important objectives in the bilateral relationship; India and Bangladesh share 54 rivers. Energy security is also a matter of concern to both India and Bangladesh, which at present includes managing crude oil imports from Russia despite global sanctions.

Bangladesh also provides connectivity between Northeast India with Southeast Asia after the route via Myanmar close following a military coup in that country in 2021.

Bangladesh imports from India amount to about 14 percent of its total imports, with average tariffs of more than 20 percent.

However, Bangladesh also generates significant revenue from its international trade tariffs, with India and China being major sources. Such revenue dependency will need to be factored when Dhaka negotiates its trade deals to ensure fiscal stability amid market gains.

At present, various economic headwinds, such as rising fuel prices following the Ukraine crisis, have pushed Dhaka to apply for a US$4.5 billion loan from the International Monetary Fund (IMF) to meet balance of payment and budgetary needs. The country’s central bank, Bangladesh Bank, recently discouraged imports of luxury goods, fruits, non-cereal foods, and canned and processed foods to preserve dollars.

According to Al Jazeera, in the first 11 months of the fiscal year that ended June 30, Bangladesh imports had jumped 39 percent, but exports grew only 34 percent. Travel disruption and job losses associated with the COVID-19 pandemic also caused remittances to fall five percent in June to US$1.8 billion. As a result, the Bangladesh taka has declined approximately 20 percent against the US dollar in the last three months.