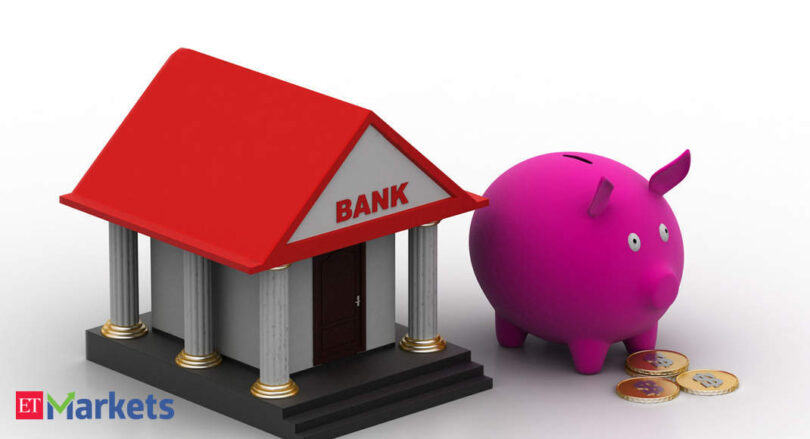 U.S. bank stocks are morphing from leaders into losers amid more signs that their searing 35% rally through this year’s first five months may have outrun the fundamentals.

With two weeks left in the quarter, some investors aren’t waiting around to find out. The S&P 500 Banks Index, which rose three times more than the broad market through May, slid 8.1% this past week and more than 10% so far this month. This left indexes of the largest U.S. diversified lenders and regional banks ranking among June’s worst performers, with Citigroup Inc.’s drop of 14% leading its money-center peers and Regions Financial Corp. slumping 17%.

The selloff coincides with the plateauing of earnings estimates and a rotation into growth stocks from value. It didn’t help that leaders of the biggest banks started the week by warning about a slump in trading revenue. Without stronger lending and a boost from higher interest rates, earnings probably won’t pick up.

“I am troubled by the lack of supporting data on these companies,” veteran bank analyst Dick Bove of Odeon Capital Group said in an email early in the week. Multiples were reaching 10-year highs, Bove said, even though “there is no evidence to date that this recovery is underway.”

JPMorgan Chase & Co., the largest U.S. bank, set the tone on Monday when Chief Executive Officer Jamie Dimon warned that net interest income will be lower than previously anticipated, and that second-quarter trading revenue would be 38% below where it was a year ago. A similar message from Citigroup Chief Financial Officer Mark Mason sent the lender spiraling by as much as 5% on Wednesday.

Trading is more important to the big money-center institutions that run investment banks, but sluggish loan growth has also been a drag, and that’s central to the fortunes of regional banks. Profits have been helped by releasing reserves that had been set aside to cover loan losses that never materialized, thanks to massive federal stimulus programs that kept defaults at bay, but those releases are one-shot gains.

Loans bring in earnings that are more repeatable, but Bove said the industry’s commercial loan volume is “at recession levels,” with home mortgages on bank books shrinking and credit-card loans under pressure. Bank of America Corp. CEO Brian Moynihan offered a more upbeat assessment on Bloomberg TV Thursday, saying that demand was starting to pick up — “better than it was last fall or coming into the early spring.”

Low rates help borrowers but tend to narrow profit margins for lenders. For now, it appears that not even Wednesday’s surprise that Federal Reserve officials anticipate two rate increases by the end of 2023 will be enough to push banks higher.

Steve Sosnick, chief strategist at Interactive Brokers, said banks can be more profitable even with tight net interest margins if they can do more business because the economy is robust. The pitfall, he said, is that “there’s a lot of money sloshing around without great places to put it,” keeping the pressure on margins.

“Careful what you wish for,” Sosnick said. “If you want easy money, the problem is it becomes plentiful, and if you’re the one who has it, it’s harder to get a good price for it.”

Gerard Cassidy at RBC Capital Markets said bank stocks should be bought on weakness because loan growth will come after companies and individuals use up their liquidity. What’s more, credit quality is strong and margins could improve next year as short-term rates rise. “Combine that with increased loan growth, the revenue growth picture could turn out to be very positive for the banks in 2022,” he said.

One potentially positive catalyst are the pending results from regulatory stress tests, which could open the spigot for more dividends and buybacks. Analysts are confident the banks will have no problem passing. “If the banks do well, as they’re expected to, the banks will start announcing dividend increases and share buybacks,” said Arnold Kakuda, who follows bank stocks for Bloomberg Intelligence.