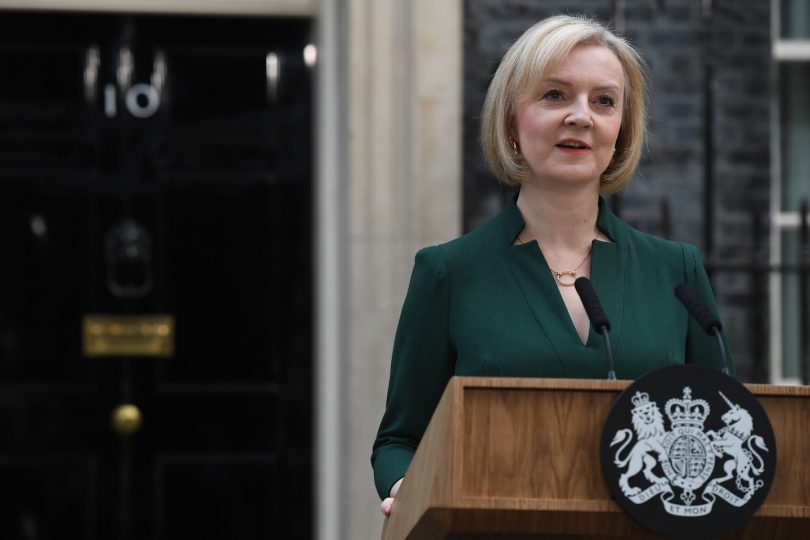 What do Bill Hwang, the disgraced US investor, and Liz Truss, Britain’s shortest-serving prime minister, have in common? They were behind two of the multiple mini-crises in recent years that have gotten investors, bankers and regulators sweating about systemic risks for financial markets and investment funds. What people aren’t talking about enough, however, is the knock-on effect for banks.

Banks are far stronger and more stable than before the 2008 crisis, as I’ve written before. But they remain directly exposed to the market-based version of finance that has ballooned in the past decade. And that exposure can be far more dangerous than expected when a very large fund or group of funds hits big problems fast as highlighted by the collapse of Hwang’s Archegos Capital Management, or the pension fund-driven turmoil in UK government bond markets triggered by Truss’s unfunded tax cuts.

Let’s first take a step back. Market-based finance – often called shadow banking – covers all the ways in which companies or households get funding from investors in capital markets. Those investors include insurers, pension funds, hedge funds and myriad vehicles known by obscure acronyms. Global supervisors at the Financial Stability Board call these non-bank financial intermediaries.

This outcome was a deliberate aim of post-crisis rule changes that were designed to make the financial system safer and to lessen the need for future bank bailouts by distancing depositors from racier areas of finance. But growth was turbocharged by monetary policy: Big central banks created trillions of dollars to take government bonds out of markets and encourage investors to buy corporate debt or mortgages, for example, instead. Quantitative easing was a market-based stimulus more than one to drive bank lending.

People have been fretting about shadow banking for years already, but they mostly worried about liquidity risks, which means the troubles caused when lots of people all try to pull their money from funds with hard-to-sell assets. The FSB and other regulators have been working on ways to improve liquidity management of various types of funds to make them and markets generally more able to cope with any dash for cash by investors.

However, the collapse of Archegos in 2021 and the recent extreme volatility in UK government bond markets have revived another ghost from the past: Hidden leverage and the damage it can do to shadow banks’ counterparties. We’ve seen this disaster-movie before in the failure of Long-Term Capital Management in 1998, for example.

Leverage is just any method you can use to amplify the power of your bets. You could borrow money to make your wager bigger – and so increase your potential gains and losses. Alternatively, you could use derivatives such as swaps, which allow you to make a large bet while only ponying up a fraction of its full notional value.

The trouble with derivatives is that counterparties like banks or clearinghouses have a harder time tracking the true scale of leverage their use creates. The more counterparties used by a single investor, the more hidden the leverage can be. And the more concentrated the bets — either because one investor is making the same bets many times over, as Archegos did, or because many similar investors are all making the same bets, as happened with UK gilts — the more dangerous it can be for counterparties to unwind losing trades. In both cases, a fire sale of collateral to close out the bet can destroy the value of the very security that’s meant to protect the counterparty.

Banks are protected from losses by collateral – the cash or bonds that investors put up against their trades. If bets go against investors, the bank asks for more cash or bonds. When the collateral is easy to find, or easy for banks to sell, this all works fine. Even in stress tests, the losses that banks suffer from investors defaulting on derivatives bets are relatively small. In the Federal Reserve’s 2022 test, counterparty default losses are lumped in with all other trading desk losses and the combined hit was still only 16% of total banking system losses. For a big universal bank like JPMorgan Chase & Co., the trading and counterparty loss was 17% of the total.

But these tests might be misleading: Hidden and concentrated leverage can hurt much more. Archegos was only one fund, but it cost a group of banks about $10 billion in losses.

In October’s UK government bond selloff, the Bank of England said it intervened to protect the stability of the market because gilts are crucial to the pricing of everything else. The British financial blogger Frances Coppola mused at the time that the Bank might also have acted to prevent big losses to banks as counterparties to pension funds’ derivatives trades. I think she had a point. Sarah Breeden, Bank of England executive director for financial stability, warned about hidden leverage and how it can hurt big banks at the core of the financial system in a trenchant speech on the gilt market debacle last week.

Breeden’s conclusions were that banks need more information from shadow banks about the full extent of their positions and the leverage involved, and that banks should be more creative in thinking up scenarios where shadow banks might default and their collateral might be dropping in value, too.

Markets are going to remain much more volatile than they have been in the past decade. Hidden leverage is hard to quantify, obviously, but it has certainly grown among shadow banks during the long years of ultra-low yields. We will see more episodes where some corner of the markets hits a stomach churning air pocket. The banking system is much safer than in the past, but it isn’t quarantined from market-based finance, or its disasters.

• SBF and Crypto’s Collapse Are Part of the Pandemic Hangover: Robert Burgess

(1) I personally don’t like the term “shadow bank”: It sounds too interesting for what it has come to represent and its meaning has changed and expanded since the economist Paul McCulley first uttered the phrase in a 2007 speech. It covers pretty much anything that isn’t a bank, central bank or public financial body. But it is so much easier to read and write than all the official terms.

Paul J. Davies is a Bloomberg Opinion columnist covering banking and finance. Previously, he was a reporter for the Wall Street Journal and the Financial Times.